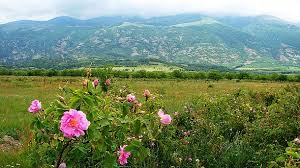 So President Donald Trump has decided to up the ante in Afghanistan, sending in an as-yet undefined number of troops, with no timeline, no apparent budget, but with some ‘targets’ that they must reach, again, as yet undefined.

This is a country of just over 30 million souls, about half the size of Ontario, almost all sand, scrub, with ‘negligible’ water; hence we could not even call it a ‘backwater’, more like a ‘backdesert.  There is some tillable land, whose major export are poppies, with which seeds numerous drugs are made, from the good, such as morphine, to the bad, such as opium.  Education is minimal, radical Islam rife, under the auspices of the ‘Taliban’, a broad term encompassing all sorts of beliefs, not many of them good or enlightened.

The only way to ‘reform’ such a country is to engage in that loaded term historically called ‘colonization’, and make Afghanistan like Puerto Rico, only thousands of miles further away from the U.S. mainland, with no port, and no easy access.

In general, the whole entity is best termed a ‘quagmire’, into which Canada sank billions of dollars, and, more importantly, the lives of 158 Canadian soldiers, to say nothing of the thousands of wounded and maimed.  And now it is as though we were never there.  All those transitory schools, hospitals, Tim Horton’s, even the hockey rinks, torn down, abandoned.  Gone also is the footprint of the Americans, the Russians before them, and the Brits before them, disappeared quite literally into the sands of time…

Yet here we go again, untold thousands of soldiers and uncountable billions of dollars poured and poured again, from a nation that is broker than broke, seventeen trillion in debt, and counting.  Trump was once full-bore against the Afghan mission, but now is all for it, claiming that decisions take on a different hue when one is behind the desk in the Oval Office.  It seems Trump’s change of stance has something to do with this desert nation being a redoubt and exporting a certain version of radical Islam being exported to Pakistan and India, both nuclear powers.  It seems it’s all about da bomb, and the veritable powder keg the world has become.

Which gets us back to what I and others have written of before:  Can one really fight an ideology with military means?  This is in the end a cultural struggle, which means a religious one.  Such struggles can be won, but only if one is fully united, clear and precise and, yes, true in one’s own religious beliefs.

The Taliban has a good degree of such qualities, with the exception of some degree of ‘truth’, and need it be said that the United States does not?  United, clear and precise, are not terms to describe the Republic in its present moment. What really will they be exporting to Afghanistan?  If you were an Afghani, would you want what the U.S. has to offer, even if they had the means to bring it to this quicksand of a nation, and maintain their hegemony?    I wonder what the real ideology is, and what new info is really behind the ‘Oval Office’ that changed the mind of the Donald.

On a happier note, today is the memorial of Saint Rose of Lima, who lived and died (at the tender age of 31) in the capital city of Peru, mortifying her body with extreme penances, fasting, prayer, a silver crown of thorns.  From childhood, she dedicated her life to Christ, refusing all suitors, cutting her hair, rubbing pepper on her face, living in a ‘cell’, which she left only to attend church and receive daily Communion (rare in those days).  She fed and cared for the poor, a life of almost total self-gift, reaching the highest levels of contemplation, ecstatic visions and prophesying the day of her own death.  I would say there is more chance of her intercession reforming Afghanistan than all the troops and tanks in the world.

Even if we cannot imitate Saint Rose, we can admire her, and strive to emulate at least some aspects of her love of God and his people.  As the good saint wrote:

Let all men know that grace comes after tribulation. Let them know that without the burden of afflictions it is impossible to reach the height of grace…This is the only true stairway to paradise, and without the cross they can find no road to climb to heaven…No one would complain about his cross or about troubles that may happen to him, if he would come to know the scales on which they are weighed when they are distributed to men.