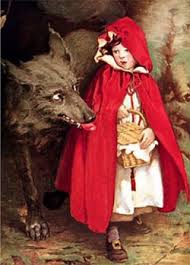 When a person gets everything that she wants, when she has all the things that she thinks she needs, and life is being wonderfully kind; when there is nothing terrible hanging over her head and no looming catastrophe, she might say something along the lines of “it feels just like a fairy tale.” When her lucky streak is over in a day, a week, a month, a year, when life is no longer handing her everything on a silver platter, she might begin to say things like, “I should have known happiness couldn’t last” or “life just isn’t a fairy tale.” The idea that fairy tales are all happiness is very prevalent in American society. People cling to the idea of “happy endings” and forget everything that came before it. They say that life isn’t a fairy tale to remind us that fairy tales cannot be objectively realistic. And yet, fairy tales depict reality at a level that is rarely seen anywhere else.

Fairy tales follow a very set pattern, and that pattern almost always begins with some kind of suffering. Hansel and Gretel were starving. The ugly duckling was hideous enough to be rejected by his mother. Red Riding Hood’s grandmother was sick/dying/eaten by a wolf. According to Jacob and Willhelm Grimm even the three little pigs were sent out into the world because their mother couldn’t provide for them.

Fairy tales deal with the problem of life in a fallen world. There is always some darkness (poverty, ugliness, wicked stepmother, evil queen) that creates the need for a hero. It is in times of suffering that people tend to remember that life is not a fairy tale, and yet, no fairy tale can possibly exist without suffering—in a world without suffering, there is no story, there is no triumph, there is no reason for the tale.  The same goes for reality. The world gets really, really bad, and that is when a hero finally appears. When everything is going well, we stand around and wonder where the heroes have gone.

Another staple of fairy tales is the villain. In every fairy tale there is some incarnation of evil. Obviously, in real life, there are not dragons walking around, there are not evil witches or ogres. There are, however, evils in the world, and if one is willing to look, those evils are almost as clear as dragons and giants. There are monsters and tyrants. There are persons who prefer to use their power and authority to lead others astray. Dragons in fairy tales demanded tributes of innocent children to be devoured. Today’s Culture of Death demands the lives of countless innocent children so that their parents will not be inconvenienced by them. The dragon may not be a fire breathing lizard now but the effect is virtually the same.

Because fairy tales have evil, they also need a hero. For years, Prince Charming has been the hero who steps in and saves the day. The woodcutter slices open the wolf and saves Red Riding Hood’s granny. The knight slays the dragon. The horse head mounted over the town wall reveals that the goose girl is really a princess. The little boy in the crowd calls out that the emperor is not wearing any clothes.  Recent trends have not been favorable to the idea of Prince Charming, as he is most often portrayed either as a bumbling moron or an arrogant idiot who doesn’t deserve the princess who for some completely unexplainable reason, falls in love with him. This portrayal has not kept girls from dreaming of princes, however, because we know that even when he is NOT the hero, he OUGHT to be the hero.

So, fairy tales remind us that we live in a fallen world, where there will always be some kind of suffering going on. Someone will always be dying, or stealing, or being unjustly thrown in prison.  Fairy tales also remind us that there are evils in the world. Those evils must be fought, but that is also okay because, as our dear G.K. Chesterton was kind enough to point out, “Fairy tales are more than true; not because they tell us that dragons exist, but because they tell us that dragons can be beaten.” There are evils, and there are ordinary everyday sorts of people who will always step into the role of hero when the time comes. We know beyond the shadow of a doubt that there will be a hero. We know because there always has been a hero.

This brings us, of course, to the trickiest part of the fairy tale; the part that people are so very willing to remember, and the one part that no one in the world has ever quite managed to find. Happily ever after.

We have suffering. That one is easy to find. We have villains and monsters galore—communism, abortion, greed, power hungry governments, Melinda Gates—and all of them need to be defeated. But happily ever after is not something that is achieved by choosing any old hero. The hero has to be exactly right, a person who is innocent and sinless, who is willing to stand up for what is really and truly right, no matter what society thinks, who will suffer more than anyone else, and who will very likely have to die. He will have to die for the sole purpose of saving whoever it is that he loves so very much. Where could anyone find a hero like that? Oh wait…that’s right, God took care of that.

So we have a hero.  Jesus’ death on the Cross makes him the ultimate fairy tale hero in the ultimate fairy tale. He became the one prince charming who could never be ridiculous or idiotic, or become weirdly obsessed with some irrelevant plot device. He is, then, the one hero who can actually lead the way to happily ever after.

Our society has been called post-Christian, and that may go a long way toward explaining why people have such a difficult time wrapping their minds around fairy tales. Fairy tales require a belief in something greater than humanity, something greater than science. When one embraces the fact that fairy tales can only be really, really appreciated when one realizes that they are a tie to supernatural truths, then the real power of fairy tales is finally released. Life is a fairy tale. Most of us just haven’t got to the happily ever after bit yet.