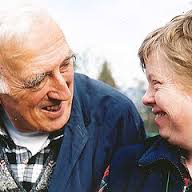 L’Arche, the community founded by Jean Vanier, has clarified his ambiguous comments upon euthanasia, upon which I wrote a few months ago. You can read their brief, one page comments here, and make up your own minds how clear they are.  I find that there is still a trace of ambiguity in this clarificatio, but perhaps that is just me.  Anyway, I am glad that they wanted to reaffirm the commitment of L’Arche to the protection of life at all stages and conditions, as only befits such an apostolate.

Rex Murphy has a good commentary on Professor Jordan Peterson, the infamous teacher who has dared rebel against the Perpetually Vigilant Pronoun and Politically Correct Language Everywhere and At All Times Police.  As you may know, Dr. Peterson has produced a few YouTube videos explaining why he refuses, and will continue to refuse, to use the ridiculous, mind-altering gender-inclusive pronouns such as ze, zhe, zir and so on, made up out of thin illogical air.  I am glad to see that sane minds think alike, as I wrote on this recently. But sane minds are becoming more rare, as the zombification of our culture, and especially the Millennials, spreads ever further afield in the bizarre, stifling halls that count for modern academia. It truly is like the invasion of the body snatchers, but here they steal your mind and souls. The Spanish Inquisition had nothing on these ideologues, who will apparently stop at nothing to have their way.  The dictatorship of relativism, as predicted by the ever-prescient Pope Benedict, is fast afoot. Continue to resist, good Dr. Peterson, and be not assimilated.

A recent RCMP arrest has raised questions of over-use of police force, as burly officers are seen dragging an ‘elderly man’ down a staircase.  Of course, we don’t know ‘all the facts’, but we should recall that the rule of law requires that any authority be balanced by other authorities in society, along with written and strictly enforced codes of conduct.  The great the force, the greater the vigilance required, and we should recall that police have deadly force at their disposal. Quis cusdoiet ipsos custodes?  Who indeed will guard the guardians, if the guardians themselves are ungoverned?

Do I even comment on Tom Hanks and Ron Howard and the newest instalment of Dan Brown’s series of misinformed, slanderous novels on Christianity?  No.  But I will say that even secular reviewers are wishing this whole sorry mess would just die the death it so deservedly deserves.

And on that note, here’s wishing all our readers, their friends and families a very joyous All Hallowed Eve and All Saints Day.  Remember that you can gain a plenary indulgence for visiting a cemetery in the next octave of days, saying a prayer for the faithful departed, with the usual conditions.