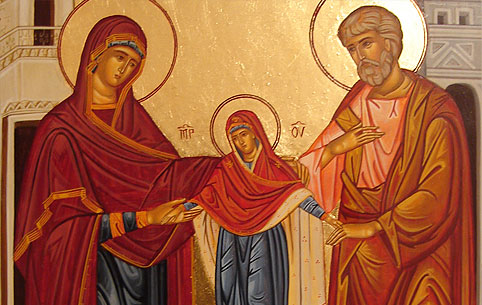 Que soy era immaculada Concepciou – I am the Immaculate Conception

These are the words with which Our Lady replied to Saint Bernadette Sobirous, in the local French patois, when asked by the young visionary who she was. This was in 1858, four years after Pope Blessed Pius IX proclaimed the dogma of the Immaculate Conception, with the bull Ineffabilis Deus, December 8th, 1854, proclaiming that the Mother of God was preserved from all stain (macula) of original sin, by the merits of Christ which God saw (praevisa) beforehand.  In other words, she was saved before the Saviour took flesh from her, as a unique and unrepeated privilege:

Accordingly, by the inspiration of the Holy Spirit, for the honor of the Holy and undivided Trinity, for the glory and adornment of the Virgin Mother of God, for the exaltation of the Catholic Faith, and for the furtherance of the Catholic religion, by the authority of Jesus Christ our Lord, of the Blessed Apostles Peter and Paul, and by our own: “We declare, pronounce, and define that the doctrine which holds that the most Blessed Virgin Mary, in the first instance of her conception, by a singular grace and privilege granted by Almighty God, in view of the merits of Jesus Christ, the Savior of the human race, was preserved free from all stain of original sin, is a doctrine revealed by God and therefore to be believed firmly and constantly by all the faithful.”

As Saint Thomas says, there are any number of possible means by which God could have saved us, or become Man – or, more technically, assumed our human nature – but the Immaculate Conception – so dulce et decorum – demonstrates the utter gratuity of God’s grace, that He wills to save us by means we may not expect. And one of the greatest means was one of the least, an unknown and obscure Jewish virgin, living in a backwater town in Israel, who would be elevated to the status of the greatest and most perfect of all God’s creation. As Saint Paul declared in his first letter to the Corinthians, (and he may well have had Our Lady in mind)

Mary’s parents, whom tradition names Joachim and Anne, were pious and devout, elderly and childless. As is often His wont, God chose this couple, who had likely given up any natural hope of a child, to conceive in a miraculous way the future Mother of God, a fitting abode for the Word Incarnate. Mary was a veritable golden chalice, sacred, set apart, the ‘chosen shrine’ as Venantius Fortunatus sang in his famous hymn, wherein the ‘Architect divine’ dwelt for nine hidden months.

At the shrine of Saint Anne at Beaupre, just north of Quebec City, there is displayed in a glass case, the forearm bone of the grandmother of Christ, making all of this sort of unsettlingly real and, well, incarnate. God really does work through real flesh and blood, in all of our own humanity and its limitations and weaknesses.  Out of these, He can do wonders. God hath seen the lowliness of His handmaid…

Mary still had her struggles – nay, they were far more, sharing in the redemptive suffering of her Son. But her faith, hope and charity, which she had to renew and choose each day, like all of us, saw her through, when, at the end of her earthly pilgrimage, she was finally assumed into heaven, body and soul, immaculate and undefiled, as a later Pope Pius (the XII) would define in 1950.

So we should rejoice in our humility, even our weakness, hoping even against what seem impossible odds. For we know there is no such thing as ‘impossible’ in God’s sight.  Of course, the modern world would discount such notions as an ‘immaculate conception’, even doubting the existence of such things as a human ‘soul’, smiling perhaps politely at such follies, mired in their materialism.  Oh well, let the world revel in its apparent and all-too-temporary power, pomp and splendour, which will quickly pass away.  The real things, like souls, immaculate and otherwise, will endure.

We should hope, trust and even boast only in the providence and power of Almighty God, which acts often when and how we least expect. And remember in particular the people of the United States, going through their own travails, on this, their patronal feast.

My soul proclaims the greatness of the Lord, and my spirit rejoices in God my saviour.

What better way to end this brief reflection than with the final words of Pope Saint John Paul II, whose devotion to Our Lady was legendary, from his final sermon from the last time he would celebrate this solemnity – on this side of eternity, that is:

To you, Virgin Immaculate, predestined by God above every other creature to be the advocate of grace and model of holiness for his people, today in a special way I renew the entrustment of the whole Church.

May you guide your children on their pilgrimage of faith, making them ever more obedient and faithful to the Word of God.

May you accompany every Christian on the path of conversion and holiness, in the fight against sin and in the search for true beauty that is always an impression and a reflection of divine Beauty.

May you obtain peace and salvation for all the peoples. May the eternal Father, who desired you to be the immaculate Mother of the Redeemer, also renew in our time through you, the miracles of his merciful love. Amen!

O Mary, Conceived without sin, pray for us who have recourse to thee! +