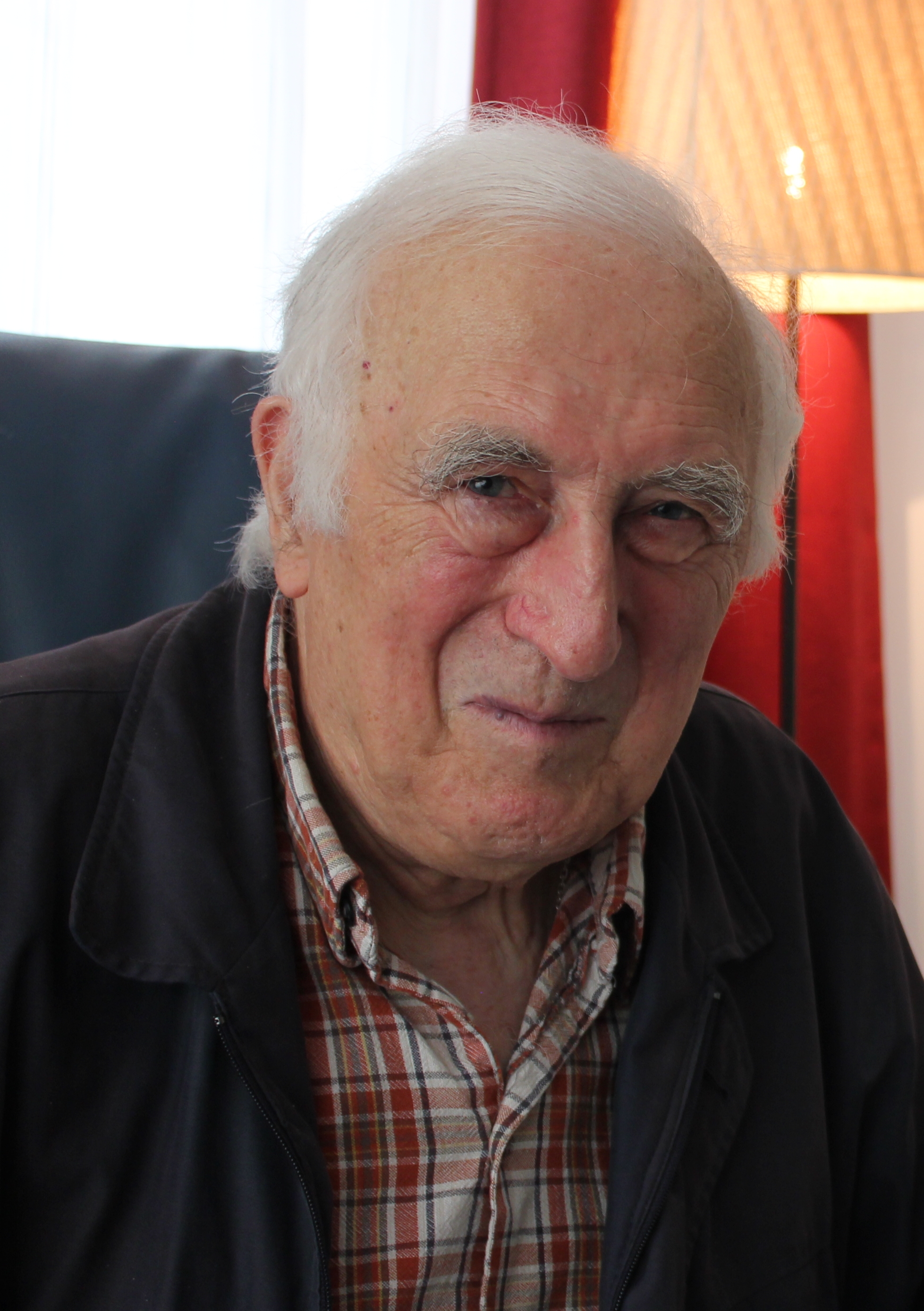 In Toronto, the disparity between rich and poor is graphically evident. There are the haves and the have-nots. Those who ride in limousines, dine at the best restaurants, and attend all the trendiest events. Then there are those who take care of them: the house cleaners, the taxi drivers, the mail carriers. Each set has their own role, and the two never meet as friends. Perhaps they simply do not have much in common.

But in a world where people put up barriers—some social, some political, some racial—there is a man who preaches another message. Jean Vanier has been working to replace fear with openness, especially towards the most sidelined members of society: the intellectually disabled.

On 11 March, the 86-year-old French Canadian was awarded the 2015 Templeton Prize for his “exceptional contribution to affirming life’s spiritual dimension.” Vanier accepted the $2.1 million award at the British Academy in London, England. The money will go towards L’Arche and Faith and Light, his global network that provides community and support to the disabled.

Vanier came to an understanding of the value of those with disabilities gradually. In an interview with 30 Good Minutes he said, “When Jesus says I was a stranger—I was strange, I was different—and you welcomed me. It’s really true. And I had never known this. I mean, I had read it in the Gospels but I never knew what it meant.”

His journey began while teaching Philosophy at Saint Michael’s College at the University of Toronto. “A priest friend of mine asked me to come meet his new friends because he had discovered something beautiful in these people with disabilities, and he wanted me to discover that,” Vanier said in the 1996 BBC documentary, Everyman: Science Friction.

The son of Georges Vanier, Canada’s former Governor-General, Vanier had earned his doctorate in Philosophy from the Institut Catholique in Paris. Before turning to Philosophy, Vanier served in England’s Royal Naval Academy during World War II. He enlisted when he was thirteen years old. He also served for a time in the Royal Canadian Navy.

After the strict regime of the navy and a life of ideas at the University, Vanier felt called to assist the disabled and learn, as he calls it, the way of the heart.

“The heart, the metaphorical heart, the basis of all relationships, is what is deepest in each one of us,” Vanier writes in Becoming Human. “It is my heart that bonds itself to another heart, it leads us out of the restricted belonging, which creates exclusion, to meet and love others just as they are.”

Vanier said he was touched by the very deep “primal cry” of the disabled, which was asking him, “Why have I been abandoned?” or “Does my life have any value?”

“Somewhere this cry of ‘do you want to be my friend?’ touched me. I began visiting asylums, hospitals, different institutions, families, and I discovered an immense world of pain, which I never could have imagined,” he said on the same interview with 30 Good Minutes.

In describing the disabled person’s experience, he adds, “There is something sort of incomprehensible about appearing on this earth, and then nobody wanting you.”

He said he was called by Jesus to begin to live with the disabled. He bought a home in Trosly Breuil, France and called it L’Arche, which refers to Noah’s Arc.

“Noah welcomed people and the animals into the Arc to save them from the flood. And many people with disabilities are caught up in the flood. They’re killed off because they are not wanted—killed before birth, killed after birth, or shoved into institutions and not given the place of their freedom.”

Raphael Simi and Philippe Seux were the first to join L’Arche. Both disabled men had been placed in an institution once their parents had died. “I just asked them if they would like to come and live with me,” Vanier said. “And I knew it was an irreversible choice, but I knew it was right. It was good.”

Raphael had had meningitis, which made walking and speaking difficult. Phillipe had had encephalitis, leaving one hand and leg paralyzed.

“We began to live together,” Vanier recounted, adding, “I did the cooking and so we didn’t eat very well.”

Living in community with the disabled meant sharing time and experiences. “We cooked; we worked in the garden together; we fought together; we prayed together; we forgave each other,” Vanier said. “And so a whole sort of journey began.”

Vanier was able to take care of all the initial administrative difficulties of moving the disabled from institutions to communal homes, allowing the L’Arche community to grow. Today there are 130 communities in thirty countries on six continents.

Vanier began to see himself becoming transformed by the experience. “I began by thinking that I could do good for them. But then as the days and the months moved on, I began to discover what they were doing for me.”

The intellectually disabled have no social or political ladder to climb; they are interested only in friendship with others. It was this that allowed Vanier to see what is essential in human relationships: “What is important in human relationships is to discover that God had brought us together.”

The L’Arche community is made up of assistants and volunteers who create a home and safe haven for the core members, the intellectually disabled. The core members have their material needs looked after, but more importantly they are loved and nurtured in a family environment. Home cooked meals are shared together and dinner is always over an hour long. There is singing, entertainment, crafts, and the core members are able to spend a portion of the day either at work or doing day activities.

Toinette Parisio lives in London, Ontario. An expatriate of France, she has worked with the disabled at L’Arche for decades. “We are people with and without intellectual disabilities who choose to live in community with intentionality,” she says of her experience.

“To build a relationship with someone who is different requires intentionality,” she adds. Friendships, she says, that do not begin with an immediate attraction or meeting of minds can be nevertheless fostered by a willingness to discover the uniqueness in another person.

“To meet the different—and Jean Vanier would call it the Sacrament of the Encounter, to meet someone who is different, someone with whom there is not an automatic understanding—requires that you are intentional about going behind the differences to discover what that person is able to teach me.”

This acceptance of others reveals their beauty and their gifts, Toinette says. “We are an instant coffee culture. We don’t take the time to wait for the processes to happen. So often we miss something quite essential.”

Jacinta Wilson, 22, remembers her initial experience with the core members at L’Arche. She worked at L’Arche during a summer in college when she was 19 years old.

“My first day at L’Arche,” she said, “I went in and a woman [core member] who was 45-years-old came up to me and slobbered all over my face and my hair, and pulled my hair.” Jacinta excused herself, went to the bathroom, and cried.

But that same core member became Jacinta’s favorite “because she had so much love in her. She immediately falls in love with everybody.”

“She also is a bit of a minx,” Jacinta adds, laughing. “She knows when she is being bad. Whenever she gets into the candy jar or something, we try to take her away and then immediately she just goes limp. Because she is really heavy and she knows that you can’t handle her after that. She almost falls to the ground.”

In Becoming Human, Jean Vanier tells the story of a young man, Antonio, who joined L’Arche when he was twenty years old. Antonio did not have the use of his arms or hands, and he was unable to speak. He also required an extra supply of oxygen in order to breathe. Before joining L’Arche, Antonio had spent several years in the hospital.

“He was a weak and fragile man in many ways but he had an incredible smile and beautiful shining eyes,” writes Vanier. “There was no anger or depression in him.” He could of course get annoyed—especially if an assistant made his bathwater too hot or cold, or “the assistants forgot about him!”

Externally, it may have seemed that Antonio had nothing to offer. However, since he had been able to accept himself with all his limitations and disabilities, he presented his true self to others which allowed for a genuine friendship. He was able to express what it meant to be human.

“He lived a love of trust. In this way, he touched many people’s hearts. When one loves with trust, one does not give things, one gives oneself and, so, calls forth a communion of hearts.”

The assistants who lived at L’Arche with Antonio were amazed by what they saw in him. They would tell Vanier: “Antonio has changed my life. He led me out of a society and competition where one has to be strong and aggressive into a world of tenderness and mutuality, where each person, strong or weak, can exercise their gifts.”

Despite the visible divides in our world, Vanier still remains hopeful. “If each one of us, with our gifts and weaknesses, our capacities and our needs, opens our hearts to a few people who are different and become their friends, receives life from them, our societies would change,” he continues in Becoming Human. “This is the way of the heart.”