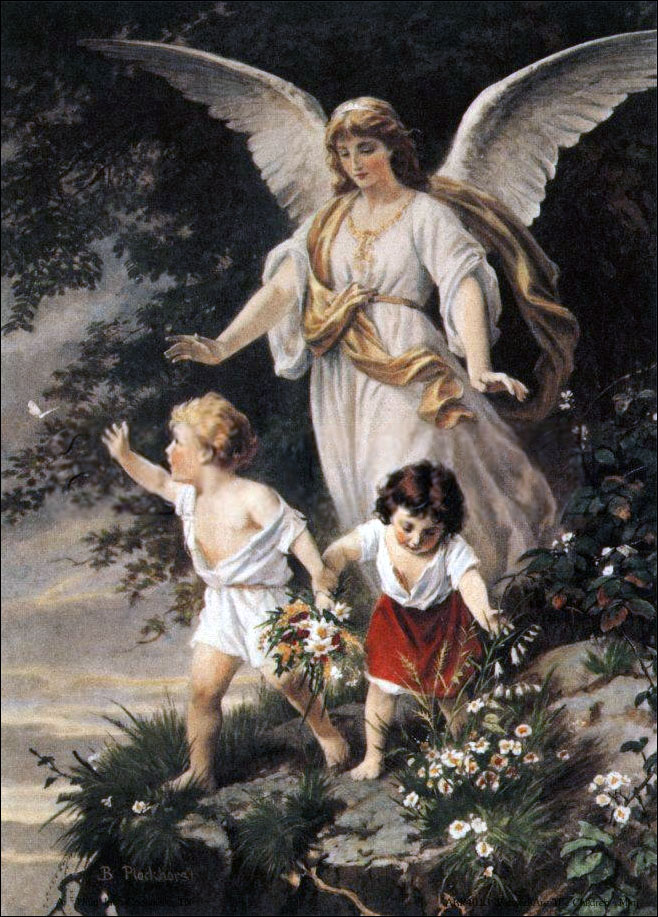 I travelled back to Calgary for my Christmas holidays, and one of the most entertaining elements of my two weeks there was spending time with my younger siblings. John and I, in particular, spent a lot of time together.

He is the four-year-old baby of ten children, and walks into every room firm in the confidence that the world loves him and that life is good. Why wouldn’t it be? He is surrounded by the adoration of his many siblings and his senile parents on a daily basis. No one remains mad at John for long. It’s really hard to when confronted with a pair of monstrously huge blue eyes gazing at you through a pair of tiny tot glasses and the assumption that he is loveable no matter what.

Which, of course, he is.

He is also scarily articulate. I think that is perhaps one of the gifts of growing up in a large family: you start talking at an early age both to keep up with the bustling world around you, and to ensure that you are actually heard.

I had many errands and appointments to get through while in Calgary, and John accompanied me on a large part of them. I wanted to spend time with him, and our mom needed him out of her hair so that she could bake Christmas cookies and gut turkeys.

One day as we drove across the city, John nattered at me from his car-seat and I floated in and of of his conversation until he grabbed my attention with one of his crazy questions.

“Mary … how many worlds are there?”

I pondered this for a moment. It’s always good to try and anticipate where he is going with something so that you can be at least a little prepared. Nope. I couldn’t even guess where he was going with that one.

“What do you mean? Are you talking about Earth?”

“Yeah. How any Earfs (Earths) are there?”

“There is only one planet Earth.” A long pause greeted this. I could hear the wheels of his brain churning away.

“If there is only one Earf, then where do all the bad people live?”

My heart melted at the innocence of that question. How could he fathom bad people on an Earth where he has known nothing but love? I didn’t want to burst his bubble, but I also don’t like to lie. “John, there are bad people on Earth too.”

Another long pause. “But what do I do if they run after me?”

My heart gripped in fear. That is the worst nightmare of every person who loves a child. What do I say? Run as fast as you can and yell louder than you’ve ever yelled. Remember to always stay with one of your sisters. Don’t wander off. Please don’t wander off. Don’t talk to strangers.

I looked at him in my rearview mirror. He was waiting for an answer. I had to say something. “Well, one of the best things you can do is to ask your guardian angel to always be with you and help you.” Please, John’s guardian angel. Stay with him.

“Does your guardian angel have a name?”

He let out a little snort of impatience, and then with a hint of exasperation, as if to say Don’t be so dumb! said, “Yeah, MARY, her name’s Isabel!”

OH! Of course! Isabel! How could I have not known that?! I felt like apologizing for my dastardly ignorance.

About a week after this, John was stomping his way through the kitchen with one of his toy swords. “Mary, did you know that my angel has a HUGE sword?”

I wanted to see if he remembered our conversation from days before. “What’s her name again?”

He glared over his glasses at me. “I TOLD you already. Don’t you remember?”

I apologized. “Her name’s Isabel, right?”

And he whirled on out of the kitchen. yelling threats to whatever imaginary beasts he was battling that day.

One summer, years ago, when my sister was a toddling, just-learning-to-walk baby, I walked up the hill towards our front porch just as she stumbled her way onto it, out of the door that my brothers had probably left open. The porch descends four steps to a stone patio, and my heart leaped into my throat as I realized that she was hurtling towards the first step but was too young to make her way safely down them.

I yelled at her to stop, but she was excited to see me and gurgled out some baby talk as she ran forward. She tripped, and the momentum carried her forward into the air past the steps and directly over the patio. I ran up the hill as fast I could, trying desperately to catch her before her tiny baby body hit the stone.

It couldn’t have been more than a few seconds—it doesn’t take long to fall three feet. But as I approached, arms stretched out in a desperate attempt to try and catch her I saw something that even now I question.

It looked almost as if her body just stopped about six inches from the ground—as if she was caught by invisible hands. She then floated down and I could have sworn her body was gently placed on the patio. There was no crack of head hitting rock. No scream of pain. No bloodied mouth. No scraped up arms and legs.

All of those things should have happened.

She was already getting up when I got to her side. She looked a little stunned, but definitely perfectly fine. She cuddled into me and I carried her into the house. What had just happened?

Do we each have a guardian angel? Yes. Do we act as if they are actually with us, as if they exist and we can rely on them?

And that’s the blessing of being around children. They remind us of the fact that the world isn’t made up of just what we see. In fact, the real world is so much more: it’s everything we don’t see and forget is there.

In a world where so much could wrong, where you want to hold little ones close so that nothing hurts them, it is a saving grace to remember that you aren’t the only one watching them.