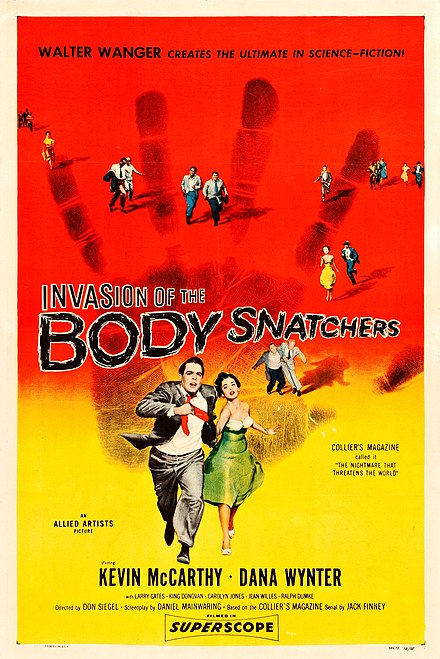 (At the suggestion of a faithful reader, this reflection has been slightly expanded for the sake of clarity, not least the role of the middle 40).

I’m sort of surprised that First Things published this piece, on the mass psychosis that has gripped the world. John Watson’s analysis, that there is a 30-40-30 split, like most generalizations, has some truth, but likely varies widely. That is, 30 are irrevocably committed to the Covid narrative as presented by the mainstream media; nothing short of total apocalypse will likely convince them otherwise, and even then, one wonders.

The other 30 are on the other side, but with differing narratives, with some thinking this is all a prelude to the Schwabian Great Reset, a deliberate destruction of the economy, along with a deliberate cull of the human population. While others think that this is on the spectrum of some sort of debacle, and things getting a bit out of control, but all will in the end be well, once they realize. After all, aren’t people fundamentally good, even the WEF and Davis crowd? They wouldn’t do anything really bad…would they? How far might they go?

We will see, and we already have preludes. As I say, the proof is in the pudding, but we must keep our wits about us, and act where our reason, grace, our faith, and the evidence have led, and will lead us. Ask yourself a simple question: Do you think that Schwaub, Gates, Soros, Fauci, Trudeau, Biden and Macron have your own best interests at heart? What would stop them from permitting, even aiding and abetting things nefarious, if they deemed the ends were high and noble enough? Are they not already doing so, with their zealous support for what are euphemistically termed ‘reproductive rights’?

The 40 are in the muddling middle, somewhat undecided, and will go along, to quote Osama bin Laden, with the stronger horse, that is, the 30 that is the more dominant. It is not so much quantitative, but qualitative: It need not be actually 30 percent, it could be 20, or 15, or 10. One might hope that the 40 would follow whoever has the objective truth, but too often it is the group with the greater cohesion, the more unified and focused will, the greater hold on power, media, police, education and culture. The best lack all conviction, while the worst are full of passionate intensity. And the more we lose our own moral foundation – the Judeo-Christian principles that have held our society together for more than two millennia – the more easily swayed is that muddling 40.

As Pope Saint John Paul II warned three decades ago, ‘a democracy without values easily turns into a thinly disguised totalitarianism’, and getting ever-less ‘thinly disguised’. By ‘values’ he does not mean vague, emotive sentiments, the issues du jour, but rather solid and inviolable moral principles, so that we are ready to suffer anything than do moral evil.

In the 1956 film Invasion of the Body Snatchers, people’s bodies are taken over by aliens when they fall asleep; some realize that the key to surviving as an autonomous and free person is to stay awake. The protagonist sees all of his family and friends gradually co-opted, turning into emotionless zombies who would report you to the collective in a heartbeat if they find you’re not zombified. I will leave the reader what lessons this has for our 2022 real-life version.

Whatever decisions you have made thus far, and whatever narrative you follow, stay awake, my friends, and keep your wits about you, for the devil is prowling the world looking for souls, and minds, to devour.