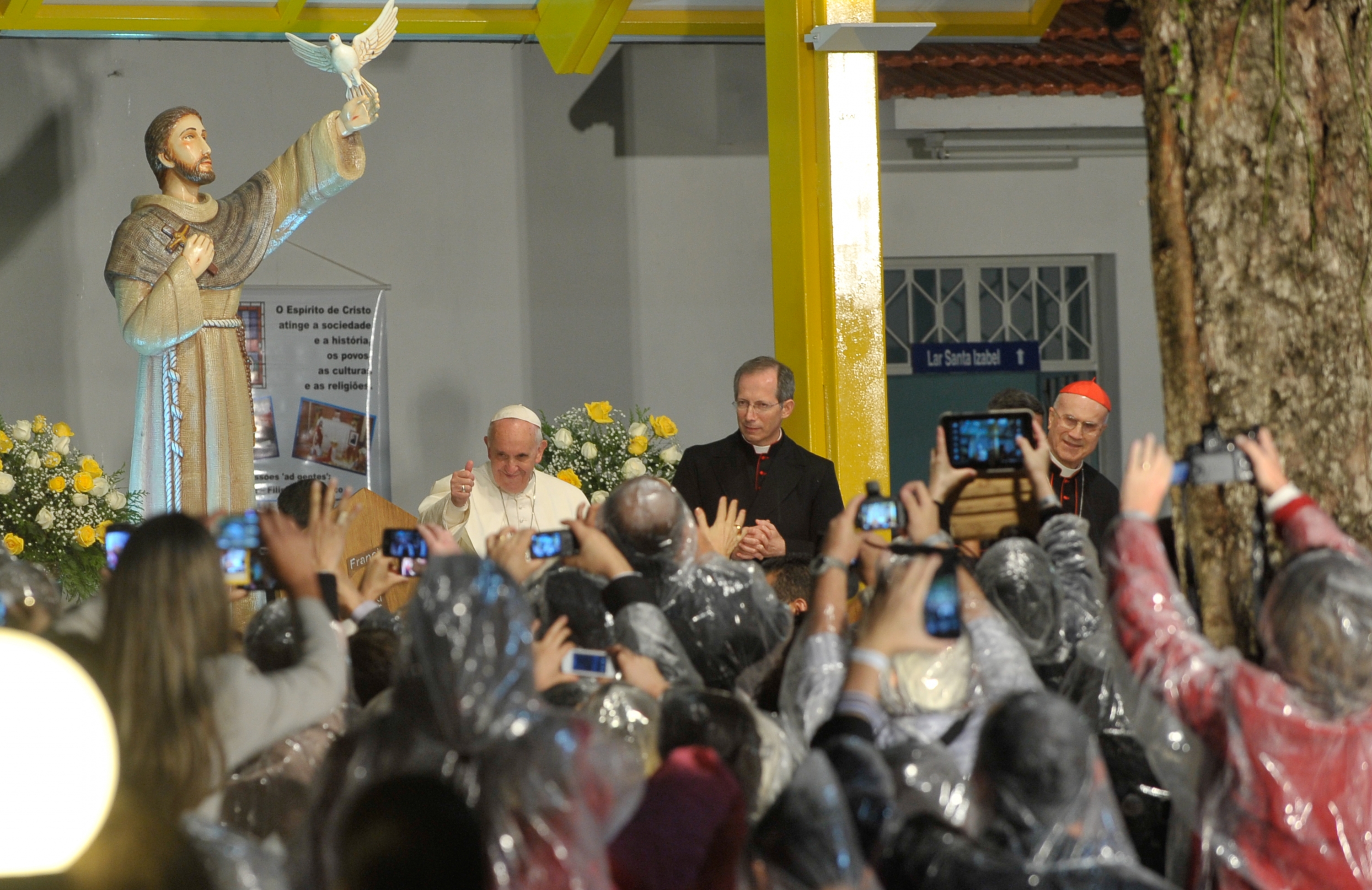 The paper holds their folded faces to the floor
And every day the paper boy brings more.
– Roger Waters, 1973

Media expert Marshal McLuhan once wrote that he simply pointed out what was happening in the present; and because most people lived in the past, they thought he was being prophetic. McLuhan was a convert to the Catholic faith, and an authority on how the kind of media used to convey information alters the information itself. His most famous saying is “the media is the message.” One of his best examples of this concept is the electric light bulb, a medium with no information in itself, yet which changed the entire culture, the nature of work, the family, and daily human life. He claimed that in Christ the media and the message are unified into a single thing: the person of Christ himself. To know Christ Jesus is to know what his message is and vice versa.

McLuhan argued that we must follow the money to understand newspapers and our relationship with them. Newspapers make money by selling advertising space. Advertisers purchase space in order to gain access to the reader’s mind: that is, to us. This means that the advertiser is the newspaper’s customer, and the reading public is the product being sold. I do not like being sold to advertisers. I find it unnerving. Most people do not like being sold either. So to fool the reader, papers are offered for sale to perpetrate the fiction that the reader is the customer. The reader as a customer feels in control, the reader as a product for sale does not.

This explains why newspapers are largely filled with bad news: the good news is contained in the advertisements. There are papers that deliver athletic readers to sporting stores, outdoorsy readers to outdoor stores, and right-wing and left-wing readers to the appropriate retail outlets. For every demographic there is a newspaper to deliver pliable and preconditioned readers. There is no real harm in reading newspapers, much as there is no harm in eating chocolate bars. There is some nutrition in a chocolate bar and there is some information in newspapers.

It was unthinkable to even question if Pope Benedict was pro-life. But I have heard Catholics wonder about Pope Francis, in spite of his consistent and innumerable statements defending marriage and the unborn. This is because the media has created this question out of nothing and with no evidence at all and placed it into the public arena for their own political agenda.

For the media, the fictional narrative is that Pope Benedict was the evil doctrinaire old-school Catholic, suppressing pent-up youth who wanted a liberated and modern Church; whereas the new Pope Francis is that man who will change things, just give him time.

The truth is something quite different. Those Catholics who have embraced orthodoxy with the most vigour are young Catholics and converts—these have experienced the ruin of relativism and have suffered from it. Those crying for change are usually those who no longer believe in the Real Presence and are trying to preserve a nostalgic attachment to cultural Catholicism. That is the simple demographic fact of the modern Church in Canada.

The truth is that Pope Francis is following the lead of all the popes in recent history: from Leo XIII to Benedict XV. To expect the press to tell us any truth about the pope is like expecting Satan to tell the truth to Job: even when the facts are correct the intent is to lie.

There is room for legitimate and respectful criticism of this pope and previous popes on all kinds of subjects. This is a healthy Catholicism and is a duty required of each Catholic by the Catechism. However, any erosion of faith in this pope as the pope, and of his defence of doctrine and morals, is from the Evil One.