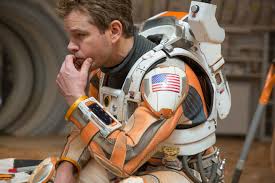 On  a news report the other evening, it was mentioned that enrolment in the humanities (philosophy, literature, history, to say nothing of theology) has dropped by 50% over the past  ten years in our universities.  Burgeoning onwards with full enrolments, on the other hand, are the S.T.E.M. studies, science, technology, engineering and mathematics, with which one can presumably ‘get a job’.  This says many things about our culture, not many of them good and bode well.  As I, and others far greater than I, have written, there is a vital need for a broader perspective in university, to delve into deep learning, to ‘see the whole’ as Cardinal Newman put it, how all the parts fit together.  We are educating a whole bastion of technocratic automatons, who educate themselves for the sake of Mammon, and for those who hold Mammon’s purse strings.  But as Aristotle said, most men are natural slaves, and seek only a ‘living’.  We as Christians must fight this natural tendency, to learn to live free or die trying.  That is what the ‘liberal’ arts strive to do:  To set us free, from the slavery of ignorance and blindness.

Now, there is nothing wrong with Mammon, if he is your slave, and you are not his.  Most of us need to ‘make money’, and engage in remunerative labour, especially if one is blessed with a wife and children, along with which blessing comes solicitude for their present and future, being provident as befits beings made in God’s image, as Pope Leo XIII taught in Rerum Novarum.  But do we want to toggle all of our future to this one subsidiary goal of providing, and providing with money?  Is ever-more perfect technology, and the money that goes with it, a goal in itself?  Even secular pundits claim that we cannot lose the broad picture of how our technology, good  in itself, should be used.

Also included in this is the whole notion of the why of things.  Technology itself proceeds best by understanding how things work at the deepest level, only possible by metaphysical knowledge, or beyond the physical.  As Aristotle put it, one only understands something by knowing it in its first principles, in its fundamental causes, in what he called propter quid knowledge, that ‘on account of which’ something works.

Besides the limited good of technology, its workings and its ongoing perfection in ever-new generations of i-phones and curved televisions, are beauty, art, literature, liturgy, prayer, good works, friendship, conversation, music, poetry, marriage and children, religious life, culinary arts, all that which makes life worth living.  After all, technology, as its Greek roots signify, is a tool, always ordered to a higher end than itself.  By its very definition, technology cannot exist for its own sake.  What good is a tool, when one knows not why and wherefore to use it?  As Anthony Esolen put it the other day, we have access to the greatest works of our civilization at a mouse click, or the swipe of a smartphone, yet many use such fantastic technology to view pornography, or to ‘tinder date’, or to play stultifying computer games.

This came vividly home to me as I viewed the recent film The Martian with the ubiquitous Matt Damon (what film is he not in?).  The whole endeavour seemed like a two hour (more like two and a half to be precise) infomercial for the aforementioned S.T.E.M. studies.  Scarcely a whiff of culture, still less religion, in the whole saga, unless one counts Mr. Damon posing as Rodin’s ‘The Thinker’ in one of the promo shots (see the feature image); or, more to the point, his carving up a fellow astronaut’s crucifix for a fire that he needs to ignite (a mixed symbol:  Is Christ giving His life in a way once again?  Or is it that the only use for a crucifix is as a tool to start a fire?).  There is as well as the running joke that the sole music the stranded Matt has is the left-behind playlist of his commander, containing only disco music, principally ABBA.  A veiled reference to the Father, the Hebraic Abba?  Methinks not, but rather a sad commentary on the state of our own anemic, two-dimensional existence.  We live just to live (and perhaps dance badly), and Matt’s only purpose is ‘to survive’, which he does by technology and his scientific know-how.  As he puts it in one speech, to paraphrase, it is ‘math that saved him’.

Math is all well and good, but it too is a means to an end, a tool.  The humanities, however, the core subject matter of the ‘liberal arts’, are named that for a reason:  As education, they are an end in themselves, for they signify most clearly what it is that makes us human, distinct from and far greater than the animals.  We are, each of us, created by a special act of God in the very imago Dei.  Our purpose is not to live, but, to paraphrase another sci-fi hero of more depth than the ‘Martian’, to ‘live well and prosper’.  Or, again Aristotle, our purpose is to live a life of virtue, of excellence, of magnanimity, of greatness of soul.

It is the primary task of a university to hand on the ‘greatness’ of our ancestors so that it does not get lost, and we enter even further into the new dark age descending upon our civilization.  Our centres of higher learning must not limit themselves to becoming corporate-driven research centres, seeking ever-more perfect technologies and the profit which they offer.  As John Paul II emphasized so strongly in Fides et Ratio, we need the light of metaphysical, philosophical and, yes, spiritual and theological truth to guide us. But how many now seek such truth?  Intellectual and spiritual poverty is far worse than the material variety.

Speaking of whom, we commemorate today the founders of the Servite Order, priests and brothers who banded together in the early 13th century, that great century of Christendom, dedicating themselves to Our Lady, and to living a life of perfection in prayer and good works.  They are one of the many too-oft untold and unsung lights in the darkness that give our life and our culture their purpose and meaning.  So keep our eyes on the light, and the darkness will dispel itself.