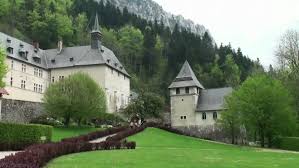 David Warren has an interesting take on the Catalonian independence movement:  I had never considered the role of women in pant-suits, who now seem to govern most Western countries, in all this revolution and social change business.  Whatever Saint Paul meant by that mysterious admonition to Timothy, that he would not have a woman have authority over a man, it does seem as though men and women govern, shall we say, in different ways, and do have different roles.

But whoever is behind the agitation for independence, there must be some underlying angst and grievance to get things going, and for the Catalonians, at least a good portion of them, to defend their perceived right to secede so adamantly, sticks and stones against batons and riot gear. The Devil cannot work in a vacuum; nor can he create; nor, indeed, can he make anyone sin. But he can indeed play upon our grievances, and one needs not a majority to begin a revolution; just a very vocal and energetic minority will often do the trick.

This is a sign of things to come.  As Yeats wrote in his post-World War I the center cannot hold..things fall apart.  A centrifugal force seems to be upon us:  Britain, Europe, America.  What held us together holds us together no more.

There is still no motive in the Vegas massacre, after four days of sifting into the background of the pale, angry white millionaire middle-aged male.  Even ‘angry’ is a bit of a supposition.  As mentioned, conspiracy theories abound, and who knows what will be found?  Evil is an empty thing, and the more evil, the more empty. As the privation of a good, ‘pure’ evil would simply be, well, nothing.

On the flip side, pure goodness does exist, which we know as God, a being Who is nothing but Being itself, or, more properly, Himself. Today’s saint, Bruno of Cologne (+1101), founder of the only Order in the Church that has never been reformed, called the Carthusians after the place of their original monastery, the Grand Chartreuse, amongst the eponymous mountains north of Grenoble in southeastern France. They live a life of silence, prayer, work,  totally immersed in God, living out in a very vivid and austere way the admonition that only those who lose their lives will find them. And by that we mean that what is apparently ‘lost’ here, will be ‘found’ in eternity, something that may console those who lost loved ones, and all of us who in our struggles often find little success against the spiritus mundi, the empty one who seeks only death and destruction.

Blessed Marie-Rose Durocher (+1849) is also celebrated today, a Canadian sister, who founded the Sisters of the Holy Name of Jesus and Mary, to educate young girls.  There are a few other Orders that I know of currently taking on that noble task, to teach the next generation to see God in all things.

Alas, the inaptly named ‘Liberals’ seem unable to see God in much. Just their own political agenda. I will have more to write on the recent brouhaha about abortion, and the expansion of the ‘bubble zone’ laws into Ontario. There is more here than meets the eye, methinks.