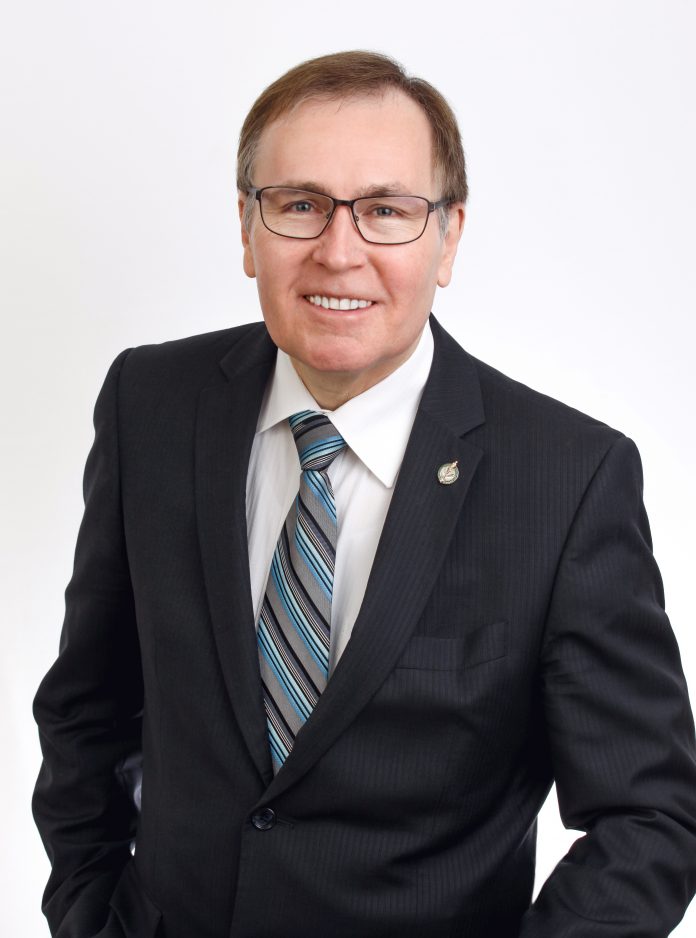 Five years ago Mr. Janusz Szepietowski, a former solidarity activist unjustly imprisoned under the 1981 Martial Law in Communist Poland, proposed to me to start a pro-life petition to end the persecution and unjust arrest of Canadian pro-life activist Mary Wagner (who was in jail at the time) and to Amend Canada’s Criminal Code – to allow for the freedom of peaceful conscientious objection, especially in front of abortion places, without being jailed for it. We both met on May 20, 2014 with the then current Member of Parliament (M.P.) for Kitchener Centre, Mr. Stephen Woodworth – currently a candidate again, in the up coming federal election, scheduled for October 21, 2019.

A petition was written with Mr. Woodworth’s expertise since he is a lawyer, and in the next two years from 2014 to 2016, we collected signatures by hand in churches, halls, by mail and during various events e.g. Ottawa’s March for Life, receiving a total of 4,027 signatures supporting our petition, mostly from Southern Ontario but some from other parts of the country, even British Columbia.

These were then sent out to 16 politicians in Canada (majority in Ontario) with 14 of these being M. P’s. in the House of Common in Ottawa, and 2 politicians being Members of Provincial Parliament (M.P.P.), in Queen’s Park in Toronto, Ontario.
The results are as follow:

1. Unfortunately Liberal M.P. Mr. Peter Fonseca sent back to my work office all the 1,299 signatures collected in his riding of Mississauga – East-Cooksville, with his secretary office telling me on April 21, 2016; that the reason for the rejection was that their office was
“pro-choice”.

2. Likewise Liberal M.P. Arif Virani representing Toronto ‘s riding of Parkdale – High Park rejected and sent back to me his 783 signatures (with no explanation), collected primarily in his riding.

Both of the above Liberal party politicians demonstrated a strange way of representing their constituents. By throwing away the 2,082 in total signatures, asking for their voice to be heard in Ottawa, the two Liberal politicians at the least violated the spirit of democracy, and at worst broke Parliamentary democratic rules, displaying shameful bigotry against a certain group of Canadian citizens – those that are pro-life, and mostly Polish Canadians, since both of the Liberal M.P’s have ridings with very high Polish ethnicity.

It’s interesting to remind us all of the statement made by the Liberal Party leader and the current Prime Minister, Mr. Justin Trudeau who shortly after his election, on national TV said: “We’re a government that wants to earn Canadians’ trust by demonstrating that we trust Canadians” – November 4, 2015.

Unfortunately, in the last four years that “trust” has proven to be false and does not apply to pro-life Canadians, with Mr. Trudeau famously eliminating the possibility of any pro-life candidates in his Liberal party a few years ago, and a false “trust” exemplified by his Liberal M.P.’s with their rejection of the 1,299 pro -life constituents’ voices in Mississauga, and the 783 pro-life constituents’ voices in Toronto – mostly Polish Canadians.

3. Hon. Dipika Damerla M.P.P. for Mississauga East-Cooksville – was given 1,299 signatures (copy) and through a secretary advised me that I inform Mary Wagner to have her home riding representative help out, but no official letter response.

4. Mr. David McGuinty M.P. for Ottawa South, 214 signatures, and told me original signatures were lost and I had to resent them a copy. No further action or response after I mailed them a copy- which fortunately I had made (out of concern for this type of possibility), prior to sending all the originals out.

5. Mr. Raj Saini M.P. for Kitchener Centre – 184 signatures, whose office never responded back to me.

8. Mr. John Nater, M.P. – for Perth -Wellington – 128 signatures, who wrote a short letter informing me that once signatures are verified that they will be tabled (placed before the House or committee, for consideration in the House of Commons).

9. Mr. Andrew Scheer M.P. for Regina-Qu-Appelle – 99 signatures. I spoke with his secretary at length over the phone but no concrete answer was provided as to tabling or presenting those signatures the House of Commons.

12. Ms. Irene Mathyssen M.P. for London – Fanshawe – 47 signatures, with her secretary calling back asking about the petition, but no other response afterwards.

15. Hon Jody Wilson-Raybould M.P., Minister of Justice and Attorney General of Canada, and M.P. for Vancouver – 4,027 signatures (copy) who replied to Mr. Harold Albrecht M.P. for Kitchener Conestoga (see below #16) in a letter, which he later forwarded to me. The then Justice Mister Wilson-Raybould in her letter minimized the need for Amending the Criminal Code by pointing out that imprisonment is for three reason: 1) “to ensure court attendance”; 2) “for public safety”; and 3) “to maintain confidence in the administration of justice”. Furthermore, she noted that sentencing is proportionate to the gravity of the offence and the degree of responsibility of the offender.

It is strange that Mary Wagner’s peaceful actions of handing out roses to pregnant mothers waiting for an abortion, with the intent of saving an endangered, unborn human being, is seen by our Attorney General of Canada as a threat “to public safety “. Also, Mary Wagner’s “crime” is of such “gravity’’, that it forces our so called “justice” system to imprison this extremely docile and caring person, for over four years in Canadian jails. Strange type of “justice” – I would say.

16. Dr. Harold Albrecht M.P. for Kitchener Conestoga – 753 signatures. Dr. Albrecht a Conservative M.P. not only accepted his own signatures but also those rejected by Liberal M. P’s. Mr. Fonseca and Mr. Virani, and subsequently presented them personally in the House of Commons on three separate occasions, namely; May 19, 2016 (753 signatures from his and surrounding area); June 8, 2016 (1,300 Canada wide signatures); and Sep.28, 2016 (1,299 signatures from the greater Toronto area) – for a total of 3,352 presented in the House of Commons.

Therefore, in the upcoming federal election on October 21st ,2019, please remember how the above parliamentarians represented or did not represent our pro-life interests, and may we vote accordingly – so that we may finally have a Culture of Life in Canada.

“Beloved Brothers and Sisters, may you be in solidarity with life … no matter what your religions convictions… “A nation that kills its own children is a nation without a future” … The struggle between the civilization of life and the civilization of death continues. This is why the building of the “culture of life” is so important.”
– Saint Pope John Paul II, Kalisz, Poland 1997