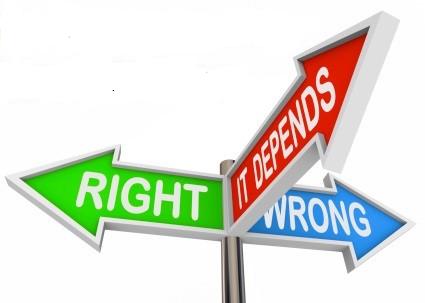 A theme common to Ezekiel and Saint Mark, the readings we have just heard, is the necessity of faith—and, be it said, the difficulty of achieving it. The history of the Jews is a catalogue of the sin of idolatry, i.e., of surrendering their allegiance to the one true God for pagan idols. And it was a lack of faith at Nazareth that prevented Jesus from “doing deeds of power” there. And what about us? How strong is our faith? Well, you’re here, which indicates that it’s active. But no one will deny that there are difficulties in believing when any sort of religious commitment is continually challenged by the intellectual and cultural establishments of our society. Paradoxically, my own faith has been strengthened when I examine the current arguments brought against it. For not only do I find being a Catholic personally rewarding; it is also much superior to any alternative I have encountered in my long life.

Consider this statement from Richard Dawkins, an eloquent and persuasive exponent of atheism. What does he conclude? This: that we inhabit a universe in which there is “no design, no purpose, no evil, no good.”[1] His arguments may seem irrefutable to a simple-minded fellow like me, but I find his conclusion nonsensical. Furthermore, if we ask about evolution, i.e., how inert matter, a few atoms jostling around in primaeval mud, could possibly have the potential to develop over time into a Beethoven or an Einstein, we are told that “air and water are . . . conscious,”[2], that is, there is some sort of awareness in a stone or a star that directs its progress up the evolutionary scale. But if matter is conscious, if an atom somehow senses or thinks, we are really into pantheism, according to which the entire universe is a single gigantic organism, and human beings, like that stone, are manifestations of a single, universal intelligence. No thanks! If we have to choose between a divinized cosmos and the God of Abraham, Isaac and Jacob, I’ll take the latter every time, the creator who stands apart from his work and whose providential care delivers us from the crushing burden of mere chance or blind necessity.

Another character you will all have met is the relativist, who maintains that morality changes over time and even from person to person: “What is right to me is wrong to you, and vice versa”.

Of course, no one really believes this. To demonstrate his fallacy, ask him if slavery should have been morally acceptable two hundred years ago, or denying women the right to vote or burning witches at the stake. The fact is that, whatever he may say, everyone has definite convictions about right and wrong.

Consider also the #Metoo movement. No one defends past abuse on the grounds that morality was different then. And our Prime Minister does not think that abortion was legitimately punished as a crime in the past. Rather he views the decisions of the Supreme Court as righting a long-standing wrong, which he honours by requiring all his MPs to be pro-abortion. Similarly, formal apologies to homosexuals or victims of the residential schools are based on human rights that are regarded as valid always and everywhere.

Hence, the question is not whether there are definite moral principles, but rather which ones you will adopt As I say, I find no system as attractive and satisfying as that proposed by the Church. You may even have a chance of explaining it should your interlocutor turn on you, saying, “If you’re so smart, how do you determine what is right or wrong?” Referring to the ten commandments may not be an adequate response, but Saint Augustine has a noble and a powerful understanding of the Christian approach to life that is relevant to our present discussion. He bases his account of the human condition on the fact that we are moved to act by what we desire, that is to say, by love. An analysis of love, shows that it always attracted to something that is or, at least, seems to be good for us. The more excellent the good, the more strongly will we move towards it. It follows that I shall know how to behave in a given situation when my understanding has been directed to the object of my love. As God is the greatest good, eternal and all-satisfying, the rightly disposed person will be irresistibly drawn to him, and other, lesser goods will be honoured as coming from him and, properly used, as leading back to him. Such are the insights that underlie what is undoubtedly the most famous statement in the voluminous writings of Saint Augustine, “You have made us for yourself, O Lord, and out hearts are restless until they rest in you.”[3] Jesus himself provides the best account of this love “As the Father has loved me, so I have loved you. Abide in my love.”[4] He then proceeds to instruct us how to act: “If you keep my commandments, you will abide in my love, just as I have kept my Father’s commandments and abide in his love.”[5] “For God so loved the world that he gave his only Son, that whoever believes in him should not perish, but have eternal life.”[6]