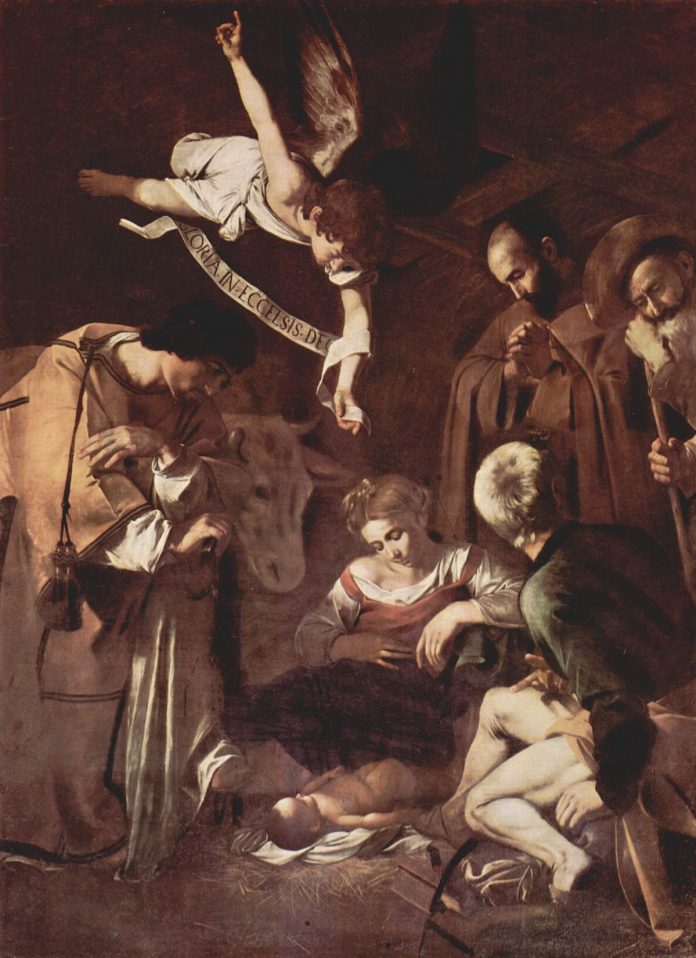 In the Traditional calendar we are now in Epiphanytide. We continue to reflect on this Mystery of light, the manifestation of Christ to the nations. The importance of this Feast theologically and liturgically cannot be overstated. St Peter Chrysologus observed: In the mystery of our Lord’s Incarnation there were clear indications of his eternal Godhead. Yet the great events we celebrate today disclose and reveal in different ways the fact that God himself took a human body. Mortal man, enshrouded always in darkness, must not
be left in ignorance, and so be deprived of what he can understand and retain only by grace (Sermon 160 PL 52, 620-622).

This mystery and all mysteries need to be celebrated in all their splendour and import, lest we be left in ignorance, and so be deprived of what [we] can understand and retain only by grace. In the Church, this instruction is generally speaking accessible in the sermon or homily; and the grace to retain what we have learned is obtained through the celebration of the Sacraments and our willingness to be formed by the doctrine of the faith.

The Epiphany celebrates the truth of Our Saviour revealed to the nations as the world’s salvation and glory. He who is the beginning and the end, the alpha and the omega is both the ontological and cosmological centre of our life. When we consider the journey of the magi guided by the star, we are given to understand something of the grandeur of the Mystery of the Incarnation. The whole of creation, the world itself, the stars and the heavens, the cosmos in its entirety proclaim the wonder of this Mystery and through the nature that He has created, God reveals and announces the world’s salvation. There is no other means to salvation than Christ, for in him all the fullness of God dwells in bodily form (Col. 2:9).

The revised liturgical calendar fails to give this Feast the recognition it merits, as
this Feast is in most places relegated to the first Sunday of the new year. There is much to learn from the Magi about our own journey to God. These men undertook an arduous journey in search for the truth. We can imagine the challenges they faced travelling as they
did on foot and with the aid of animals. Their experience resonates with those of the faithful who in this unprecedented time certainly in our country set out on journeys in search of the sacraments and especially the Holy Sacrifice of the Mass. We think also of the priests who are now beginning to undertake their own travels and journeys from place to place in their efforts to bring the sacraments of the scattered and fervent remnant faithful.

Anyone who assents to Our Lord’s invitation of salvation undertakes a very personal and intimate journey out of the self. This is perhaps the hardest of all journeys because we leave behind in some cases the illusion of spiritual and moral self-sufficiency and in others, the prisons of despair and doubt that prevent us from living the fullness of life in Christ by the power and presence of the Holy Spirit. Just as the star beckoned the magi out of their country, so the light of God’s truth beckons us out of the darkness of ignorance and the chaos of lies that afflicts the world in the absence of the light of God’s truth.

The prince of this world appears at this time to have the upper hand, certainly as it concerns the exercise of our freedoms and especially our freedom to worship God. Our Lord says of the devil: He was a murderer from the beginning, and has nothing to do with the truth, because there is no truth in him. When he lies, he speaks according to his own nature, for he is a liar and the father of lies (Jn. 8:44). The excuse of the pandemic is being used to deprive us of the basic tenets of justice. This is increasingly evident as the duplicity of the ruling class is exposed. This chaos of lies has spilled over into the ecclesiastical
sphere and in many cases, it would seem, has found more than a ready welcome. A “health
dictatorship” is fast becoming a tyranny and those who govern the Church, with very few
exceptions, have made common cause with the governing class in what amounts to the oppression of the Church. Is this cooperation willful, that is to say, formal? The effects of this new ungodly order are already seen in the trivialization of the Eucharist in its different modes of reception, some of which can only be described as sacrilegious. Those who govern the Church have a grave responsibility before God for the souls that He has entrusted to them. Cardinal Manning (+1892) soberly observed that sacrilege carries the seeds of its own dissolution. Those entrusted with the care of souls, and this includes parents and educators, do well to ponder these words. The sacraments and most especially the Holy Sacrifice of the Mass cannot be in any way compromised by even the faintest hint of irreverence and most especially sacrilege. We may soon witness the dissolution of the great façade of a worldly church, of the anti-church that has relativized the truth of Christ and is now silently complicit in the attack against the truth of Christ and by consequence also the Church of Christ with her deposit of the faith (depositum fidei).

Those who love the Messiah, Our Saviour and the Church he founded must now imitate what St. Leo the Great calls the obedience of the star [that] calls us to imitate its humble service; to be servants as best we can of the grace that invites all men to find Christ. The obedience of the star that leads to Christ becomes the obedience of faith (Rom. 16:26) by which we ourselves are drawn evermore deeply into the Mystery of Christ and in turn, lead others to Him. The deepening of faith accompanied by a willingness to sacrifice for the sake of the truth of Christ gives birth to a life of genuine piety and the fruits of a devout life: love, joy, peace, forbearance, kindness, goodness [and] faithfulness (Gal. 5:22), to name but a few. A devout life in Christ lived humbly and generously in a spirit of prayer is what we the faithful need to be fortified in this time of trial and the witness of such a life will invite others to find Christ. The Magi inspire us to become co-workers of the truth (cooperatores veritatis), willing especially in these our times to search out places where the truth of Christ is cherished and proclaimed. The journey of the Magi is our journey into the Heart of Christ Our Saviour, King and centre of all hearts, and in whom are all the treasures of wisdom and knowledge. +

The Pure Soul and Mind of Anselm of Canterbury