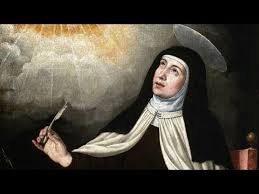 There are so many different approaches to prayer, which may, following Saint Teresa of Avila, be described as ‘conversation with God’. I recently attended a Catholic conference which aimed to facilitate the encounter of young Catholics with the person of Christ through a very emotional and charismatic experience. Like so many others, the organizers of this conference were concerned about the rate at which people are leaving the faith today. The conference mainly facilitated encounters with Christ through Protestant-like Praise and Worship sessions, because, as a volunteer explained, this was a more attractive and effective way to engage young people in religious activities than periods of silent prayer and adoration. This explanation bothered me. Are young people not up to the challenge of silent prayer? Surely these are not the young people John Paul II challenged saying “Do not be afraid!” (1) and when Pope Benedict XVI said “The world offers you comfort. But you were not made for comfort. You were made for greatness.”(2)

The faith’s very nature is attractive and not something that needs to be unduly or improperly decorated. Each person must freely see the true beauty of the faith, and strengthen their intellectual foundation in it. This, more than any emotional encounter, will enable them to remain faithful in the maelstrom that is the secular world of today. One of the main struggles in the pursuit of the faith is the personal struggle that is prayer. Prayer is something every Catholic must develop during their spiritual journey in order to cultivate their personal and intimate relationship with God. Different approaches to this essential practice can be helpful to people of different temperaments; however, the basis of prayer is the same for everyone. Reason instead of emotion should guide prayer and be its basis. Prayer is an act of reason and, therefore, good intellectual formation is crucial for all because of the very nature of prayer itself.

Prayer, St. Thomas says, is “an act of the intellect.”(3) Psalm 38:13 tells us that “prayer [oratio] is spoken reason.” It is initiated and sustained by an act of the will through which one “raises up the mind to God.” (4) One’s will is moved in relation to their passions. Either one’s passions move before their will, (antecedent passions), or one’s will moves to perform an act before the passions become involved. Passions that follow upon an act, or are caused by it, are called consequent passions. Certain emotional forms of prayer, such as Praise and Worship and other intense prayers, provoke the passions, and make the experience of prayer altogether more emotionally charged. Although emotions do play a part in prayer, working up the emotions by means of rhythm-driven music (antecedent passions), one creates a sort of prayer that is less an act of reason and will working in concert.

Emotions may come as an effect of prayer and conversation with God, but they should ideally not be the launch-pad from which we dive into prayer, which, we repeat with  St. Thomas is by nature an act of reason. Certain styles of prayer place one’s emotions before the movement of reason. Emotions and passions have their place in aiding man to pursue and deepen prayer; however, prayer, as spoken reason, and must come from the movement of the intellect and will. An act that proceeds from the antecedent passions – that is, is moved by the passions – is a less culpable or voluntary act. Such is the case when passions direct our prayer: The whole act becomes less voluntary and perfect. Prayer is fundamentally an act of reason and must be pursued even – or perhaps especially – when the emotions run dry. Thus, one’s first encounter with the beauty of prayer should come from an act of the intellect and not from the emotions. The Church has struggled with this truth since the beginning and battled heresies, like Messalianism and its various derivations, which claimed the emotions should be the thing primarily emphasized in prayer.

Fr. Reginald Garrigou-Lagrange in his great book of spiritual theology, The Three Ages of the Interior Life, describes how to enter into prayer: “We must create silence in our soul; we must quiet our more or less inordinate passions in order to hear the interior Master, who speaks in a low voice as a friend to his friend… The disorder and clamor of our senses must truly cease for a life of prayer … they [must] eventually become silent and submit with docility to the mind or the superior part of the soul.” (5) Therefore, let us not put too much emphasis on the intensity of emotions and passions in prayer or faith in general. Let us still our hearts and begin rationally to base ourselves on a solid foundation, allowing God to move our emotions. Let us strive to rationally see the beauty and goodness of God.