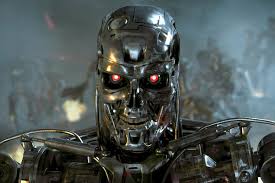 A panel of health-care providers, as the term now has it, on the radio other day was discussing euthanasia, or, again as the language goes, medical assistance in dying.  It seems even the least squeamish and scrupulous of physicians, who have suppressed the ‘do no harm’ clause in the Hippocratic oath almost to insignificance, have a tough time of it killing patients.  That whole ‘conscience’ thing always seems to come back to haunt one, does it not? One can squash clauses, but not, it seems, the conscience, as Lady Macbeth discovered in her own perpetually bloody hands, regardless of how much she scrubbed.

But the Catechism said no less, that the natural moral law “even when it is rejected in its very principles…cannot be destroyed or removed from the heart of man”. It seems it always “rises again”, oft in the dead of night (pardon the pun), when phantasmagorgic images rise out of the turmoil of one’s guilt; deep down, when the façade is dropped, these physicians know they doeth evil.

Which is why, as this panel went on, they are now considering having robots do the killing, which would absolve the physicians, or so they think.  But then one has to program the robot, give it the criteria upon which to ‘judge’ who should die, and who should live; there would have to be a human overseer, to ensure that nothing went awry or that the robot did not get too zealous, or not zealous enough, in ensuring that those who wanted death (at least for now, this whole process is sort of voluntary) got it, and those who did not, did not.

Of course, the deeper issue, besides the guilty conscience of the physicians, is the whole desire for death, the avoidance of suffering, and what will happen to patients once the overburdened health-care  system (that is, adminstrators contrained by budgets) gets an insatiable taste for quick, inexpensive, money-and-labour-saving dispatching of patients who linger a little too long, eating up resources that could be devoted to those who may yet be healed.

But then why have robots?  Why not some central computer, which by some algorithm based on one’s vital signs, or brain waves, or autonomic skin response, couched of course in terms of ‘mercy’, governs whether the fluid in the I.V. to which one is attached flows as saline or cyanide?

Who is ever going to want to go to the hospital? The insanity, quite literally the ‘unhealthiness’ of all this is obvious to those who have not yet lost those invaluable principles of the natural moral law. Far better a human physician, whose very guilt may act as a prompt to his repentance, something a robot cannot do, for it is neither moral nor immoral, only fulfilling what it is programmed to do, neither more, nor less, inexorably, like the assassinating Terminator (my second reference to that film series in a week.  Hmm. Life imitating art. But even these semi-automated beings in the fictional story could develop a conscience, of sorts).

One now has trouble predicting the next step in the abolition of Man and the loss of our shared humanity. Yet here we have several highly educated and paid professionals, technocrats seemingly devoid of anything resembling a proper philosphical formation, blandly discussing the automated killing of their fellow human beings, with nary a dissenting voice.

Well, count me a dissenter, still human, still Catholic. As Pope John Paul II declared, a society can be judged on how it treats its most vulnerable and suffering members, whom we must care for properly, in accord with their dignity. To do so, we, and they, must see the value in what suffering we cannot (and at times even should not) mitigate.  Only through the path of the Cross can we build up and perfect the interior man in conformity to Christ.

For Man is neither machine nor animal, but a person made in the very image of God, to Whom alone belongs mastery over life and death.

Even at the level of self-preservation, to paraphrase an old adage: physician, watch thyself, for eventually the Termintaor will come for thee.