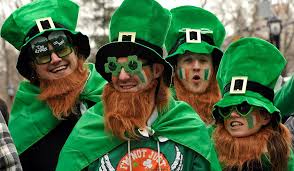 The days of free speech, as it was so quaintly called, fought for through the ages, seem to be drawing ever-closer to a sad and final close:  You may have read recently of Dr. Jordan Peterson, professor of psychology at the University of Toronto, who has adamantly refused to use ‘gender neutral’ pronouns, a direct affront to the Inquisitors of the new orthodoxy, which will brook no opposition. Fortunately for him, Dr. Peterson is tenured, with a secure source of income, so continues his fight, at least for now, but most others are not so fortunate.

First they came for the pronouns, and now they come for culture.  Yes, in the past few weeks there has arisen the spectre of what is curiously termed ‘cultural appropriation’.  One might think this a good thing, to adopt the culture of another.  But no, dear reader. Rather, it seems that we now cannot write, draw, fictionalize, portray, dress up as, to say nothing of joke about, any culture to which we do not most firmly and externally belong. Mexican sombreros, dreadlocks, Native headgear, accents, any and all cultural art, all verboten, unless you have the ‘cred’, the lineage, the race, the experience, the authenticity, unless you actually, truly ‘belong’.

This all came to a head here in Canada with artist Amanda PL (her original last name seems to have been expropriated), who just had her exhibit of indigenous-inspired art canceled because, you guessed is, she’s not indigenous.  What now, I wonder, of non-Greek iconographers? Chanel, the perfume company, is being vilified for selling a boutique boomerang ($1725, but they probably smell nice, so get one while they’re still available).  As critics say, they ‘should not allowed to profit off aboriginal heritage’.  Hmm. What will next be off the shelf?  Lacrosse sticks (Native)?  Golf clubs (Scottish)? Kayaks (Inuit)?

This is spiraling out of control.  Hal Niedzieczki resigned as editor of the highbrow Write magazine for offer a prize for the best ‘appropriation’, which was taken as a mocking joke, something he denies, claiming it was offered with good intentions.  Then there is Jonathan Kay, nobody’s idea of a right-winger, commenting on Amanda’s plight, who has now parted ways with the Walrus magazine after simply offering to debate the issue (to be clear, Mr. Kay denies any overt connection, claiming he now wants to freelance). Of course, ‘they’ are not interested in debate, but, like their Islamic fellow travelers, only in submission.  ‘Stay calm and shut up’ just about sums up their argument, such as it is.

Curiously, this proscription of any appropriation of another’s culture only seems to apply to certain cultures, those which perhaps feel besieged, undervalued, persecuted.  In a radio interview with the aforementioned Mr. Niedziecki, indigenous ‘writer and comedian’ Ryan McMahon, who seems to have appropriated an Irish name, when asked what was allowed, and not allowed, for non-indigenous authors to write of indigenous life and people, his rambling response was at best ambiguous.  Like offenses against the much-maligned Human Rights Commission, it seems whatever might offend indigenous people, or even one indigenous person, is off limits.  But what might that be? How is one ever to know, except finding out the hard way, by a storm of backlash, losing one’s job, banishment to the writer’s pariah-ville.

Yes, Mr. McMahon, we should beware the mocking of other cultures, but we need not get the law involved in what can be worked out by far more subsidiary means, like embarrassment and shame, as Prince Harry must have felt after making a royal braying ass of himself two years ago showing up at a party ‘appropriating’ a Nazi armband.  People should be free even for such ridiculous interludes.

Speaking as one of Irish-Scotch heritage, should various people who do not share my background be permitted to dress up in green and get riotous on various ethereal liquids on St. Paddy’s day in the middle of Lent, which might cause the rather austere Irish bishop to look askance from his heavenly abode? Or may a Polish man march around in a Highland kilt playing the bagpipes, as someone I know does?  What of Maudling Irish ballads, such as the treacly When Irish Eyes Are Smilin‘, penned sometime before 1912 by George Graff, Jr. and Chauncey Olcott, both American in America? (although the latter at least had Irish lineage)

My answer is:  Of course.  Feel free. Be my guest.  Appropriate my cultures all you want. Imitation, as they say, even bad imitation, is the greatest form of flattery.

So, I ask those other, perhaps more sensitive, heritages, why begrudge?

Mark Steyn, as usual, has his own inimitable take on the matter, concluding that the only subject fit for a writer upon which to write, an artist to draw, or a singer to sing, is, in a word, everything.  Let the truth win out through vigorous and vibrant debate, discourse, dialogue, even competition.  If a Russian can write Scotch poetry better than Rabbie Burns, or for that matter distill better Scotch than Lagavulin, or a white guy sing reggae up there with Bob Marley, then, I say, have at it.  Freedom of expression, in all that entails, barring outright slander and calumny (and even here we should err well on the side of freedom) is a cornerstone of civilization, and as they will find out to their chagrin, the ‘shuttuppers’ will only shut people up so long, before things boil over.  Human beings are rational animals, and it is only by reason, through the ‘word’, that we can be convinced, and led to the truth which, as Vatican II declares, has its own inherent authority, but one that works through and with our nature, not against it.

A final word to the ‘liberals’ who, under their thin-skinned surface do not evince much liberality at all, what better way, I ask, for us to engage in their shibboleth of true and fruitful multiculturalism than by adopting all that is good and noble, even what is comical and quirky, in each other’s heritages?  Would not this help break down the walls of hostility, distrust, intolerance?

Otherwise, as things are now going, we are heading towards a silent, sullen, dead and humorless world, one filled with oppressors, grievances and victims, real and imagined, who can no longer laugh, share with and, yes, even  ‘appropriate’ what belongs to each other.

So up with freedom, raise a glass to good ol’ Saint Paddy while strumming a Mexican guitar, decked out Lederhosen, whenever and wherever you deem it, what is the right word, proper.