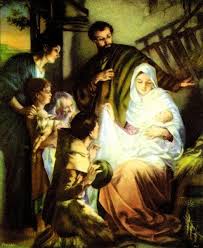 What is God like? The Bible itself answers the question if we examine it carefully. The first thing that struck me as I reflected on the sacred text was the surprising fact that God has made himself known at all, that we can say anything about him. After all, he is by definition transcendent, i.e., outside the categories of ordinary thought, literally ineffable. And we would, in fact, be speechless if he had not himself provided us with terms that can be used, with caution, to speak of the divine reality. One word that expresses a fundamental characteristic of God in the Old Testament is, it seems, “justice.” “For the Lord is a God of justice.”[1] Over and over again God promises a reward to those who follow his law . . . and distress for those who do not.

But if you will not obey the voice of the Lord your God . . . the Lord will send upon you curses, confusion, and frustration . . . until you are destroyed and perish quickly.[3]

So essential is the Bible’s understanding of God’s absolute righteousness that it was the basis of the Hebrew interpretation even of natural and political events. Noah’s flood, for instance, is presented as the consequence of widespread immorality, just as the destruction of Pharaoh’s army in the Red Sea was the result of his intransigent refusal to accept the message of Moses, God’s agent.

What, then, are we to do? Who among us would dare approach the throne of perfect righteousness? “If you, O Lord, should mark iniquities, Lord, who could stand?” Who indeed? Scripture again comes to the rescue: “But with you there is forgiveness.”[4] More than God’s justice, the Old Testament of God’s mercy. In Psalm 135, for instance, a refrain is repeated and repeated again, after every line: “For the mercy of the Lord endures forever.”[5] In summary, God does not ignore what is genuinely evil in vicious behaviour, but he is always ready to forgive when a sinner repents. One may go further and discover that punishment is sent in order to bring the sinner to recognize his guilt and turn to God for forgiveness. “Where sin increased, grace abounded all the more.”[6]

Clearly, it is no simple task to determine, even from Scripture, how God can be absolutely just and perfectly merciful at the same time. Perhaps some light can be shed on the mystery if we consider another divine attribute, one has an immediate appeal and a reassuring familiarity to it: to employ a bit of jargon, one could say that “God is a social being.” He likes people; he enjoys being with his creatures, all of them. Even the physical cosmos, it seems pleases him. It’s as if he were delighted with its ingenuity and complexity. When man appeared—that maverick element of natural order—God was even more immediately involved, as we know from the book of Genesis. The patriarchs, Moses, the Judges, Kings and prophets all march across the stage of history as God formed and reformed a special nation: “For you are a people holy to the Lord your God [who] has chosen you to be a people for his own possession, out of all the peoples that are on the face of the earth.”[7] With the passage of time, God became closer, more intimately involved with his people. Consider, again, the moral principle behind God’s justice and mercy. A development can be discerned here, in that God created man with a conscience that, properly developed, can achieve an exquisite refinement in the moral order. Some pagan philosopher from antiquity, a Socrates or an Aristotle, for instance, can describe a remarkably subtle and compelling ideal of human behaviour. But conscience has never been completely adequate to its task. Obviously, a brigand or a gangster has dulled its refined dictates almost completely, but even a great mind will have some blind spot in the moral order. God therefore supplemented the inner voice of conscience with external revelation by giving Moses the Ten Commandments, and by continuing with a host of other directives throughout Scripture. “O Lord, who shall dwell on thy holy hill? He who speaks truth, who does not slander with his tongue, and does no evil to his friend.”[8]

God’s greater involvement with the human race is evident in other areas as well in morality. For instance, the initial exclusivity of his interaction with the Jews was to be one day extended to the entire human race. The choice of Abraham and his descendants was more a point of entry than a closing off to a single nation of God’s relationship with mankind. The prophets and the psalms come back again and again to this theme. We read in Isaiah, for instance, “It shall come to pass in that the mountain of the house of the Lord shall be established as the highest of the mountains, and all the nations shall flow to it.[9] Or consider Psalm 116/117, the shortest in the Psalter: “Praise the Lord, all nations! Extol him, all peoples!”

At this moment you must be feeling rather cheated. Here we are at Christmas day, and instead of angels, shepherds and an infant lying in a manger, you are being lectured to on abstruse biblical topics. Let me then, at this point, introduce the message of Christmas, for it is, in fact, what all the above talk has been leading to. I have laboured to convince you that God created us to be virtuous and that he makes himself more and more available to men and women in order to achieve this goal. Christmas is the climax of this process, and, while it could not have been predicted, it is seen as entirely right once it has occurred. And why? Because Christmas is the presence of God among us in the most accessible form imaginable, viz., as a fellow human being. God had been interacting with man for millennia with greater and greater familiarity; and now, in Jesus, he can speak to us as one person to another. Furthermore, through the agency of Christ Jesus, moral improvement moves to a higher plane. It is no longer merely the intellectual and practical development of a good conscience; rather it has become a reflection of the divine reality itself. This new height is possible because the death and resurrection of Jesus has delivered us from the bondage of sin and provided us with the presence of the Holy Spirit to direct from within our thoughts and decisions in godly fashion. +