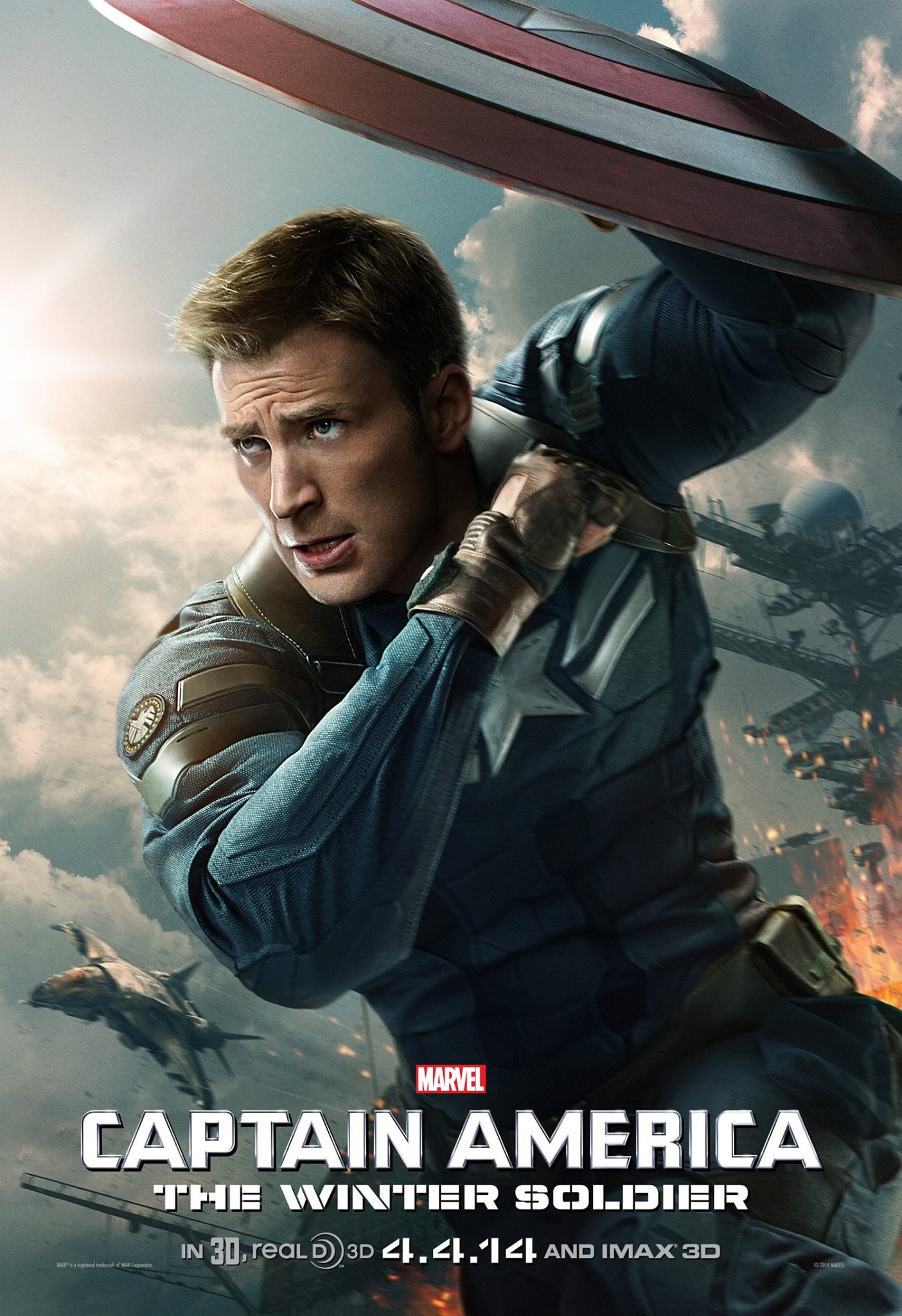 Wow. Just…wow. Captain America: The Winter Soldier had it all: action, suspense, mystery, romance, camaraderie, spies, secrets, and—most importantly—awesome superheroes. The action scenes were spectacular, but even the quieter thought-provoking scenes kept you on your toes. The film made $95,023,721 on opening weekend and has made $225,059,241 as of 25 April 25 in the U.S. alone. Not the best the box office has ever seen, but still mighty impressive.

The story follows Steve Rogers (Chris Evans), a.k.a. Captain America, after the large-scale alien attack in the Avengers movie. He lives a pretty normal life—except for his work with the Strategic Homeland Intervention, Enforcement, and Logistics Division or as it is more commonly known, S.H.I.E.L.D. However, Rogers becomes uncomfortable with the fact that only Nick Fury (Samuel L. Jackson) knows everything about an operation. But this becomes the least of his worries when Nick Fury—after warning Rogers to trust no one—is assassinated by a mysterious man called the Winter Soldier (Sebastian Stan).

Rogers gets marked as a traitor by S.H.I.E.L.D.—technically HYDRA, an evil organization thought to have broken up after WWII that had infiltrated S.H.I.E.L.D and began their takeover the minute Fury died. Rogers teams up with Natasha Romanoff (Scarlett Johansson), or Black Widow, and Sam Wilson (Anthony Mackie), who later becomes the Falcon. Together, they fight against HYDRA and retake S.H.I.E.L.D. But are they powerful enough? You’ll have to see it to find out.

The Marvel Cinematic Universe never ceases to amaze. The order of films was planned in phases: in Phase One, there were five independent prequels leading up to The Avengers. Phase Two consisted of Iron Man 3, Thor: The Dark World, Captain America: The Winter Soldier, Guardians of the Galaxy, and Avengers: Age of Ultron. Throughout all of these films, there are tie-ins and references to one another that give the whole franchise a sense of unity.

I think Captain America: The Winter Soldier was one of the best (if not the best) Marvel movies ever. It was not all about the hero—it was also about the organization that formed the Avengers. Marvel has already given us a glance at the inside of S.H.I.E.L.D. through ABC’s television show Agents of S.H.I.E.L.D., but this film took the inside look to a new level. Captain America questioned the tactics of S.H.I.E.L.D., Nick Fury questioned its loyalties, and the true faces of many people inside the organization were revealed.

Captain America has always been seen as a patriotic character, but to some, he is also a Christian hero. He values truth, freedom, righteousness, justice, loyalty—and he is willing to lay down his life to protect the innocent. This image was upheld—but also tested—in the new film. The struggles with S.H.I.E.L.D. changed him ever so slightly and although he is still good, he became a little tougher as the movie progressed. All in all, this is a must-see movie—especially if you want to be ready for Agents of S.H.I.E.L.D. (they continue off of what happens in the movie after Episode 17) or Avengers: Age of Ultron. And save me a seat at the theatre—I’m dying to see it again.