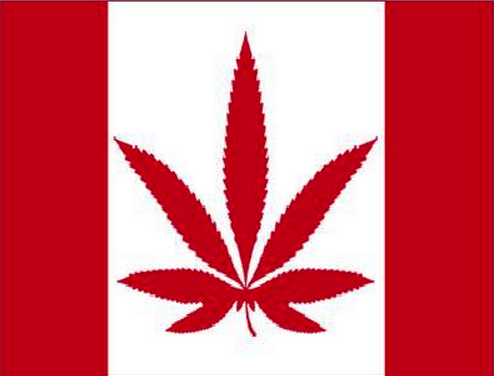 (A retrospect on the legalization of cannabis in Canada, now two years ago. The stultifying and enervating effects of this drug may in some small part explain why Canadians have gone so sheepishly along with unilateral imposition of totalitarian protocols, which our forefathers would not have tolerated, nor even countenanced. We are what we are, but we need not stay where we are – semper altius, dear reader!)

On October 17th of two years ago, marijuana was officially legalized in Canada, only the second sovereign nation to let loose the reins of law on the notorious drug (the other being Uruguay, with other nations taking a more incremental approach). Nine States have also approved recreational use: Colorado, the entire western seaboard, Washington, Oregon, California, along with Nevada, then, on the east, Vermont, Maine and Massachusetts (funny how they all voted Democrat in the last election), with 21 others approving use medicinally. Federally, marijuana is still illegal across the United States, creating quite the tension, and one wonders what will happen now at our once-friendly border.

Today is the memorial of Saint Ignatius of Antioch who, as far as I know, had no connection to the green weed; the early bishop and martyr on the contrary comes across as rather abstinent. As he wrote in his famous seven letters on his way to be torn apart by lions, his deepest desire was to ‘be ground like wheat for Christ’. Overall, he plant was unknown to the Romans and Greeks, being indigenous to central and south Asia from earliest recorded history. It is not mentioned in the Bible, although the ancient Assyrians, who are mentioned, and who gave much trouble to the Israelites, are recorded as dabbling in the mind-altering substance.

So, the plant has been around for a long time, but in the current milieu is connected most with the cultural revolution of the Sixties, when getting ‘high’ was all the rage, and may explain in some way the bizarre moral and metaphysical perspectives of those youths who grew up to become baby boomers. Then again, perhaps with Clinton, they didn’t inhale.

Is it intrinsically immoral to smoke, or in some other way ingest, ‘weed’? The question is fraught, for students will often ask what the difference be between alcohol and pot (I may run out of synonyms for the psychotropic plant, so bear with repetition): If both give you a ‘buzz’, albeit in different ways, why should we not be able to choose what kind of high we seek, and by what means? This seems to be the perspective of our own Prime Minister, Trudeau, who admitted to partaking of the illegal drug while a sitting member of Parliament, although one hopes not in Parliament (but one never knows).

Trudeau, as a Catholic, would do well to listen to the Magisterium (as in numerous other areas), which has taught that such recreational drug use is intrinsically immoral, and her wisdom has been proved in the fruit thereof. As the Catechism states:

The use of drugs inflicts very grave damage on human health and life. Their use, except on strictly therapeutic grounds, is a grave offense. (par. 2291)

Note that alcohol is classed separately in the preceding paragraph, permitted within the bounds of moderation:

The virtue of temperance disposes us to avoid very kind of excess: the abuse of food, alcohol, tobacco, or medicine. (par. 2290; emphasis added)

We could just obey the Church, accepting wine and such as gifts from the good God, to be used in moderation. As Belloc has it:

Wherever the Catholic sun doth shine,

At least I have always found it so,

But when we peer at the arguments behind this teaching, they are subtle, with some grey areas, and it is requisite that we have some reasoned defence of the faith we profess.

We may begin with Aristotle, that intention is first in the order of execution. Before we ingest something, we should ask, however dimly, why we are doing so. Allow me to propose four reasons we may imbibe or ingest a substance: For nourishment, for taste, for its euphoric effects, or as therapy for some medical issue.

Let us now apply this to an alcoholic beverage, which should be generally ingested for the first three, to various degrees of intention, but primarily, I would argue, for its taste (hence, buy fine stuff, for quality, and not the cheap, for quantity). There are more efficient ways of nourishing oneself than wine or beer, and its euphoric effect should be minimal, controlled and willed only in a secondary way (as holds analogously for the ‘pleasure’ in the marital act, whose primary purpose is unitive and procreative). Alcohol does not in general make for good medicine, although there are extreme cases where this purpose may apply (as, for example, a hasty anaesthetic in any number of Westerns).

When partaken primarily for taste, alcohol is not classed, morally speaking, as a drug.

That said, alcohol is capable of being used as a drug, if one seeks solely its euphoric and intoxicating effects; then it is immoral, and an incipient path to alcoholism. We should not drink to ‘get drunk’. Imagine for a moment injecting bourbon straight into your bloodstream; why bother with ingestion through the stomach? Or why not frequent bars such as this one I stumbled across (on-line, not in real life) where a vaporous alcoholic mist ensures every patron has an alcoholic buzz of about two beverages. I would also suggest that ‘shooting’ alcohol, as in chasing it down the gullet sans gout, is also approaching drug use of this otherwise legitimate, even noble, substance.

I might wax eloquent about wine for some time, but, for now, what of marijuana? This substance has no nutritive effects, and one would hardly seek out its taste (prescinding from artificially-laced ‘brownies’ and such). Rather, its use is only as a drug, as a means of achieving the euphoria it produces which, again, sought for its own sake is illicit.

Marijuana, with other drugs, may be used medicinally and therapeutically, even if there is still some debate over whether other more-controllable drugs are in some cases more effective.

Such, to my mind, is the essential, a priori argument against marijuana and other stronger drugs.

One could also argue a posteriori, from the effects of alcohol and marijuana. Both affect the brain, but in vastly different ways. There are numerous active ingredients in marijuana, the primary being the psychoactive molecules tetrahydrocannabinol (THC) and cannabidiol (CBD), which have not well-understood cascading physiological and psychological effects, but amongst them a deleterious influence on behaviour, memory loss, diminution of will-power, mood changes, paranoia, hallucinations, raised heart rate and blood pressure, as well as a strong link to psychosis, especially schizophrenia, primarily amongst younger users. No one quite knows how long it resides in the body, where it accumulates in the fatty (lipid) tissue of our brains. And the stuff nowadays is significantly more potent than what was available a half-century, ago, and is still increasing. The ‘munchies’ are the least of our worries.

Yes, immoderate use of alcohol is also detrimental, on a number of levels (as anyone from an alcoholic home can evince), but there is evidence to support moderate use of alcohol as a good and even virtuous thing in its own way (although not required, even if Saint Paul advocated that Timothy take a little for his stomach).

On the contrary, there is no ‘moderate’ recreational use of drugs. Their effect is invariably debilitating to some degree, especially over the longer term. So, we’re back to the Church’s perennial teaching, echoed in the Eighties by Nancy Reagan: Just say no.

What of the controverted question legalization? As Saint Thomas rightly states (I-II. Q. 96, a. 2), not everything immoral should be illegal, for the State cannot possibly forbid all vices; as he says, even if it were to try, far greater evils would ensue. This is the argument sort-of made by Eric Schlosser in his 2003 Reefer Madness, that making marijuana possession a federal offense has filled up prisons across America with desperate people, who will go on to have permanent records, leading to a vicious cycle of poverty and recidivism (I say ‘sort of’, since one cannot tell whether he is an advocate of the stuff, or just thinks that making it illegal is baneful).

The problem with full-out legalization (as opposed to, say, a quiet sort of de-criminalization of some minor offenses, already practically in effect) is that, regardless of one’s libertarian leanings and desire to limit the reach of the State, most people now equate ‘legal’ with ‘moral’ and ‘good’. Again, to Saint Thomas, who emphasizes the pedagogical effect of law, which not only forces us to do the right thing, but (should) teach us the right thing to do. Hence, we will see a lot more stoned Canadians, especially young people who may otherwise have not been so, with little capacity to work, to perfect themselves, to transcend their current milieu; more wards of the State, as marriages crumble, or never exist in the first place; as psychosis, depression, anxiety and addiction increase. Even if some avoid these more deleterious effects, there will invariably be overall a lot less human striving for excellence in this once prosperous nation.

As a final literary aside, I can’t help but be reminded of soma, the euphoric mind-numbing drug Aldous Huxley invents in his Brave New World to keep the enslaved populace subdued and compliant. The only one who resists is, ironically, the ‘Savage’ John, raised on the works of Shakespeare, an outsider who perceives what moral zombies people have become. The ‘true, north, strong and free’ may have to invent a new string of less admirable adjectives, except the geographical one, where we’re going to need a few more virtuous Savages.