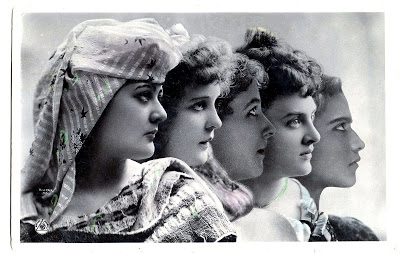 The other day, one of our students sent me an article. While I nearly poked my eyes out over the vulgarity of the writing, the article itself contained some valuable insights. The article is entitled “The Case Against Female Self Esteem” (due to the excessive crudeness of the article and comments I am not going to post a link—but I’ll give you the rundown).

In a nutshell, the author lists reasons why strong and confident women are repellant and unattractive. Women should be insecure, he argues, because insecurity is integral to femininity. Insecurity leads to vulnerability and vulnerability is paramount within relationships. Tell your feminist ideals to shove off! You ladies know that all this independence and confidence is not for you. He concludes with this quote: “There’s no such thing as a strong, independent woman, only shrews pleading for taming.”

Lets just say this dude is a pot-stirrer. But rather than feel anger at his blatant and unflinching stupidity, I was rather intrigued and pondered his arguments for several days.

I think he is bemoaning a few caricatures of femininity, the first of which I would call the Post-Modern Feminist. This woman (or should I say woMAN) is a direct result of the sixties and seventies feminist ideology simmering for fifty years. She is hard in more ways than one. She is driven, eschews all things soft or “feminine,” and works to foster qualities within herself that are typically found in men, like compartmentalization, detachment, and physical strength. She is usually very bright, highly educated, and often—according to the stereotype—engaged in political protests. You’ve probably seen her in movies. She is well beyond tomboyish or that girl who plays male-dominated sports. Her behaviour usually points to a deep-seated hatred of both masculinity and femininity.

It seems to me that this is the “strong” and “confident” woman that the author forswears, saying she is repellant and unattractive. I can’t say I blame him. There is nothing beautiful about hatred, of oneself or of others.

Somewhat related, but without the excessive hardness, is the creature I call the Jersey Shore Woman (the show, not the geographical location). I could see shadows of her in his post. The Jersey Shore Woman claims everything the Post-Modern Feminist claims, but lacks the wherewithal, seething hatred, and drive to be it. She claims she doesn’t need a man for anything—except sex and admiration. So she acquires one or four because she has “needs.” If she does fancy a man, it’s in the same way she fancies diamond-encrusted high heels or a Louis Vuitton handbag. To the Jersey Shore Woman, a man is an accoutrement, a accessory to be used up and discarded when something better comes along. The relationship is always on her terms: she is always right and he is always wrong and when he is finally beaten into exactly what she wants him to be they can be “happy.” The Jersey Shore Woman is undisciplined, selfish, egotistical, thoughtless, uncharitable, and impolite, even though she is much softer and considerably more feminine than her “strong,” “confident” sister.

Again, it’s not surprising that the author rails against this woman. Her behaviour, especially towards men, is repellant.

Being disgusted with the Post-Modern Feminist and the Jersey Shore Woman, the author does what we all do at one time or another: champion the polar opposite of that which has hurt us. I envision this caricature of femininity as the Needy Leech. Fearful, anxious, apprehensive, and desperately needy, the Needy Leech has often been deeply hurt. She doesn’t even know her likes and dislikes, but thinks none of it will matter when she finds a man—any man. When a guy shows interest, and after her shock subsides, fear and insecurity kick in and she spends an inordinate amount of time figuring out how to keep him—regardless of whether she likes him or even if he is good to her. She builds her world around her man, unable to “be” without him. She is vulnerability personified; everything about her is exposed to him and to the world. She searches for her worth outside of herself. Predatorial men tend to target the Needy Leech because of her insecurities. She is easy to manipulate, flatten, and then, when boredom sets in, leave without a second thought. She has no idea what she is capable of, what she was made for, or who she truly is. No thanks to the men in her life, she usually does not find out.

No wonder the author thinks this woman is the best thing since sliced bread. She would worship the ground her man walks on and is so self-effacing that she would require nothing in return. What man wouldn’t want that?

If you are a woman and you see a little bit of yourself in each one of these stereotypes, don’t be alarmed. I see a bit of myself in each of them too and that, as I came to understand, is precisely my point. All caricatures contain a fragment of reality wrapped within scads of exaggeration. Real femininity, as God meant it to be, is a bit like all of these women. But only a bit. Women are meant to be hard and soft. Mother Theresa was so hunched over she barely stood up past four feet, yet she uncompromisingly challenged presidents and kings to better themselves and their countries and defend the lowly and unborn. She spent her life making dying beggars feel comfortable and loved. We are supposed to fight fiercely for our families and the downtrodden yet at the same time foster peace and humility in our homes. Sometimes we women pick up the sword, as did Joan of Arc or Judith. Sometimes we women pick up the broom, as did the Mother of God. This is what it means to be truly feminine, to be a woman.

I do believe that women are meant to be vulnerable. But vulnerability should never, ever be based in fear, self-doubt, or insecurity. Vulnerability should be anchored firmly in the Lord. When we are utterly sure that we are loved right down to our very DNA and that nothing we say or do will ever dry up the wellspring of God’s unconditional love for us, then we are able to love others while still respecting ourselves. We are vulnerable, but selectively so, only opening ourselves up totally to God, and then by degrees to our spouse, spiritual director, friends, family, children, society. We are meant to be confident in who we are as Daughters of the Father, not as the owner of designer handbags nor the career woman with multiple accomplishments nor the girlfriend of some guy. Then, with the Father’s stamp of approval, we can find an honest strength and humble joy within ourselves. Men can then be understood as equals in dignity and stature, yet gifted in opposite measures, and a vibrant, life-giving love (with vulnerability being mutual) can be shared not only with each other, but with those around us as well.

Really, the author misses the entire point of a relationship—mutual self-giving—while instinctively knowing only that vulnerability is essential. In that much, he was absolutely correct. For any relationship to work, even a friendship, there must be some amount of vulnerability. But he couldn’t have been more wrong about everything else, or more tasteless in his delivery. I’m not quite sure if this author would recognize the truly feminine woman if he saw her; he seems a bit too jaded. But I am grateful for his post, and others like it, because the off-your-rocker beliefs out there are slowly refining my own ideals of what it means to be a woman. So Vulgar Woman-Hating Dude, thanks a bunch and don’t lose hope. We’re out there.