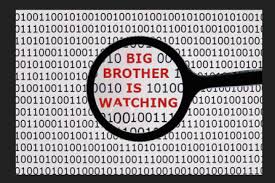 Motion M-103 passed in the House of Commons this afternoon, by a margin of 201 to 91, meaning that there are 201 people in charge of legislation in this country who know not the meaning nor the purpose of human law (and many of them are, I presume, lawyers). Yes, the media are all clamouring that this is not technically a ‘law’, but rather a ‘motion’, and has no binding power, at least not yet, but that difference is somewhat disingenuous and semantic. The ‘motion’ still gives the government some significant power over speech, of a most ambiguous kind, and almost all of it kind to ‘Islam’, a religion not known for its own tolerance to persons of other faiths, at least wherever it is in the dominant. It is embedded within its creed that those who do not, and especially those who refuse to, subscribe and submit to the message of ‘the Prophet’ are at best second class citizens, whose faith, if tolerated at all, can only be practised in a limited way, usually in private, and very private at that.

As I wrote this morning, it is a near-certainty that this ‘motion’ will be propaedeutic to a future law, buttering us up, so to speak, so that we are all ready when Big Brother monitors every word we doth spake and make. Even now, as I type away about Islam, I feel just a little tinge, with the hairs on the back of my neck just a little bristled; but this is just propaedeutic to the real fear, methinks.

Ironically, or not, there was another attack yesterday in London, near parliament, with a member of a certain religion beginning with ‘I’ and ending in ‘m’, (and it’s not Kantian immanentism), who mowed down a few dozen people, killing some of them and injuring all, stabbing a police officer (unarmed, and a husband and father), before being shot dead.

Agatha Christie, in her masterful 1939 suspense thriller ‘And Then There Were None’ (also known for a time, I was surprised to learn, as ‘Ten Little Niggers’, after the blackface song, even though there are no black people in the novel, from what I can recall, and we all know that both the n-word and blackface are most definitely blackballed); anyway, Ms. Christie was well aware that it is nearly impossible to defend yourself against an enemy in your midst, especially when he is unknown until he strikes. There are nearly 3 million Muslims in the United Kingdom, about 4.5% of the population, almost all of whom, one may presume, are peaceful and law-abiding, but some portion of whom are not, just as a portion of any group one may choose are not.  The difference with ‘other groups’ is that some smaller percentage of the Islamic group are, again we may presume, simmering with jihadi fever.  Even 0.001% of 3 million is 3000.  How many does one need to stand on perpetually edge, living in fear? You only need a few dozen to wreak a whole lot of havoc.  How many people at Christmas wine bars in Germany next year will be looking over their shoulder, if they attend at all? Every car and truck on the road is a lethal weapon of rather massive, and mass, destruction.

There is no easy answer to this.  Some have proposed having Muslims live with Muslims, a practical and moral near-impossibility at this point, and we have seen how that has worked out across the globe.  Perhaps have ISIS sympathizers live with other ISIS sympathizers? (say that fast ten times).  But then, how does one know who falls into that group? The assailant in yesterday’s attack was apparently ‘known to police’, and that is part of the problem.  With all the anti-hate laws (more ‘advanced’ in Britain than here, for now) the hands and handcuffs of police are more or less tied, until, you guessed it, someone starts mowing people down with his SUV, or swinging an axe on a train, or saunters into a crowded bar wearing a curious, bulky vest…

Now we want to make even discussing this illegal, which will only drive whatever thought is left underground, to simmer with resentment, and grow fetid in the forced public silence, intrigue and echo chambers. Speech control in any government never ends well, for ideas must be brought out into the bright sunlight of public discourse to be disinfected, corrected and elevated. As one French proverb has it, ‘we write to learn what we think’, and we could say the same of healthy, hearty dialogue, the path I for one plan to continue travelling upon. I only hope I have a few fellow interlocutors, willing to walk the walk, and talk the talk.

Leave Big Brother out of it.  We can all take care of ourselves, one would hope.

A final thought: As I listened to a podcast while doing dishes this evening, I learned that Google now has new software to detect ‘hate speech’, curiously and irenically titled ‘Perspective’ (the program, not the hate speech), which will give any phrase a score on a scale of 100 on how ‘hateful’ it is.  It is in its infancy for now, and is rather inaccurate (as is always the case for oxymoronic ‘artificial intelligence’ when actual thought is involved) but soon enough, even our emails, tweets, blogs and everything will be monitored, and Bentham’s Panopticon will be brought to a rather ominous reality.

I wonder how this article would score?  I am rather studious to find out.

So be very, very careful, boys and girls. Someone is always listening.