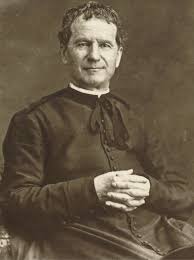 The term ‘charismatic’ has had a tough time of it in the Church, invoking images of liturgical guitars, drums, emotional crescendos, and disconcerting glossolalia. In the Church’s theology, it has a rather specific meaning, derived from Saint Paul’s letters: A ‘charism’, from the Greek word for ‘grace’, is a gratia gratis data, a gift, talent, ministry, freely given by God to a soul, by which others may be led to holiness.

Saint John Bosco, who died on this day in 1888, is one of the most ‘charismatic’ of saints, endowed with many gifts, which he offered to God in a long and varied life, and in so doing offering us one of the most exemplary and endearing models of the priesthood, similar in some ways to Saint John Vianney, who died three decades earlier (1859).  Both men dedicated their lives in an heroic way to the ministry of alter Christus, Vianney to the parish and confessional, and Bosco, to the education and formation of boys.

John Bosco grew up in dire poverty in northern Italy, but by the grace of God, his own determination and some human help, he made his way through school and to priestly ordination. Realizing that he had been given his gift freely, he chose to give freely.  He himself had lived through the dire poverty of the myriad of abandoned and semi-feral young boys around him, with all the moral and spiritual degradation that entailed. Hence, he determined to do something. At his own initiative, against all the ‘wisdom of this world’, against innumerable hardships and setbacks, he set up a school and training centre for the abandoned youngsters, keeping it going through his own courage, charisma and the grace of the good God.

And he was just the man to do so: Gifted beyond the norm, strong and athletic, he had learned to juggle and do acrobatics as a child, so  to raise money to put himself through school, and dedicated himself like a dervish to his studies when he finally made it into the seminary. Like the future Karol Wojtyla, he was also handsome and intelligent, noble of brow and square of jaw. He gave up up any thoughts of marriage, to focus on the higher things, moved by the plight of the young people crowding around the slums and prisons of Turin. Like Wojtyla and Vianney, his life was almost entirely self-gift, a generous sacrifice to God, caring not a whit what the world thought, the fruit of which is evident through the world to this day. The Bosco method, emphasizing example and gentle correction, transformed how children were taught, and his centres were open to all and sundry. As he wrote to his brethren:

Let us regard those boys over whom we have some authority as our own sons. Let us place ourselves in their service. Let us be ashamed to assume an attitude of superiority. Let us not rule over them except for the purpose of serving them better.
This was the method that Jesus used with the apostles. He put up with their ignorance and roughness and even their infidelity. He treated sinners with a kindness and affection that caused some to be shocked, others to be scandalised, and still others to hope for God’s mercy. And so he bade us to be gentle and humble of heart.

The Order he founded, the Salesians, inspired by and under the patronage of the 16th century bishop Saint Francis de Sales, still runs hundreds of schools and apostolates across the globe, with 17,000 members and over 2000 houses.

Saint John Bosco shows us what one good soul who responds to the grace of God can do. In the midst of the evil around us, all the scandals and deviant sexuality and selfishness that so corrupts man and society, we must always remember, with the example of Bosco and countless others like him, that goodness, excellence, magnanimity and holiness are not only possible, but eminently necessary for this is the path upon which God leads us, through that still gentle voice of conscience, which calls us suaviter et fortiter, sweetly but insistently, to do His will, in which alone is our peace and our salvation.