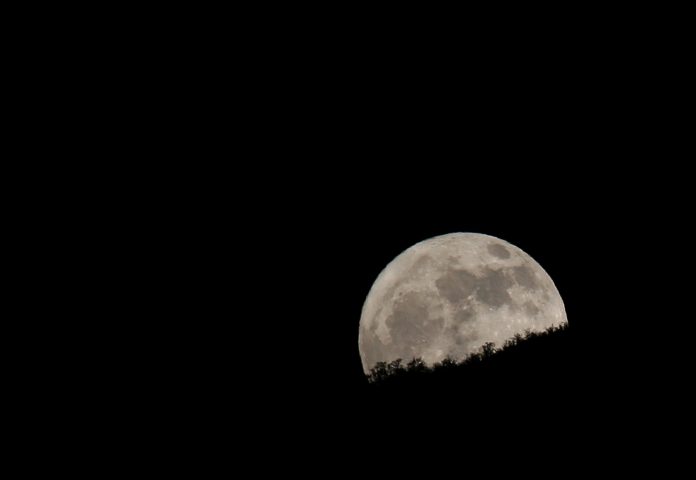 In response to a town-hall question during his cross-Canada tour, Prime Minister Trudeau doubled down on the controversial abortion attestation box on the application for government funding for student summer job grants, requiring applicants to testify in an explicit way their support for ‘reproductive rights’, including a woman’s free and untrammeled access to abortion.

When asked about this requirement, Trudeau said the following: ‘Rights and freedoms “(are) at the core of who I am and, quite frankly, is at the core of who Canada is. … At the same time, we need to know that there is a difference between freedom of expression and acting on those expressions and beliefs”.’

Hmm.  So we can think what we want, so long as we don’t act upon what we think.  Does acting, I wonder, include speaking, a type of action?  Are we now outlawing free speech?

Beneath his hail-fellow-well-met exterior, a controlled act, methinks (watch him when people manage to get under his skin), our selfie Prime Minister is a totalitarian in the making, which, as John Paul II put it, “arises out of a denial of truth in the objective sense” (Centesimus Annus, #44), especially the transcendent truths of the human person.  He holds his own opinions as self-evident axiomatic truths (as in his reply to why half of MP’s had to women:  Well, it’s 2017!), many of which seem prompted by a vague emotionalism and an unreflective commitment to an absolute tolerance of all and sundry, except, ironically, for those who are intolerant of grave evil.

The State has no right over ‘women’s bodies’?  Well, there is a truth to that, but what of the body and life of the unborn baby, a distinct and unique being, dependent on the mother to be sure, but still a new human, with the dignity, rights and privileges thereof?

Such rights and privileges seemed rather obvious until his father’s fated omnibus bill of 1969, and the Charter of Rights and Freedoms that followed in 1982, a sad caricature of a constitution.

As milquetoast as it is, the Charter in its very prologue clearly provides for:

‘Expression, the press, media, assembly and association’ are all ‘actions’, that Trudeau now wants to deny to those who disagree with him and his supine Liberals, amongst whom there may yet be some, perhaps in the backbenches, with a faintly burning  qualm of conscience, but who dare not speak up, for fear of being ejected into the outer darkness, where one will be left without the salary, perks, pension, limousines and fawning that go along with being a Member of Parliament, left to fend for oneself, and, what was that quaint expression, esto vir.

The irony is palpable, that the inaptly named Liberals, in the name of ‘freedom’, have begun to suppress the very freedom they claim to profess.  It is doubly ironic, since in his father’s day, it would have been Trudeau Jr.’s opinions would not have been tolerated.  Even Trudeau Sr.’s legalization of abortion had to be couched in conditions that it would be very rare, approved by a panel of three physicians, and so on, conditions that were of course soon dropped.

But as Saint Thomas well knew, law has a strong pedagogical effect, slow and steady, insinuating itself into the minds of the people that what is ‘legal is also ‘moral’.  Now that abortion is a full ‘legal right’, provided and paid for on demand, it is not entirely surprising that any and all protest of this ‘right’ is itself on the way to becoming illegal.  The government won’t stop here, of course, but will wax strong, confident that the majority is behind them, and move to block any ‘acts’ that are contrary to their disordered worldview, wherein babies aren’t human, men are women and women are men, sex is whatever you want it to be, the sick and depressed are put to death, and the inversion of all values close at hand..

Ah, well, maybe everything has to fall apart before people like Trudeau ‘get it’, if they ever do.  On that note, our Prime Minister may soon be caught with his economic trousers down around his ankles, if Trump yanks the carpet from under the NAFTA talks, and leaves Canada hanging in economic limbo, or more likely, a purgatory.  Although we have approximately 1/11th of America’s population, our economy, such as it is, is a much more faint proportional shadow of theirs.  Most of our employment is dependent upon various service industries (health care, which consumes more than half of Ontario’s budget, the ever-expanding police forces, the military, the selling of real estate, politics, bureaucracies), none of which produce any real wealth, but uses up what real wealth there is. Of the various industries that do produce goods that can be bought and sold in the open market, cars and lumber and such, many are on life-support from government subsidies. So Canada’s outlook is grim indeed, and grimmer without America to sell to at favorable rates.  And Trump just cut their own corporate tax rate to a fraction of ours. What corporation would want to settle in Canada’s bloated, socialist quagmire, and rather fly south at the first opportunity? What sane person would not soon want the same?

I must confess that I like it when people act in accordance with their principles, wrong or not, although this can get uncomfortable for those on the receiving end.  A man may most firmly believe in the rightness of adultery, but woe to his wife and children, and another in his right to kill those who bother him, but what of his victims?

As Fletcher reasons, if human beings are nothing more than bundles of complex protoplasm and various organic compounds (and I am interpreting his mind, somewhat), then the only valid morality is a utilitarian one, predicated upon vague, shifting and rather arbitrary notions of happiness, fulfilment, intelligence, dependence and helplessness, along with a few others (beauty, friendship, perhaps). If one does not fulfill the ‘criteria’, then one loses one’s rights, even the right to life.

As Fletcher put it:

Idiots, that is to say, are not human. The problem they pose is not lack of sufficient mind, but of any mind at all. No matter how euphoric their behavior might be, they are outside the pale of human integrity.

By ‘outside the pale of human integrity’, a phrase derived from the English partition of Ireland, he means they can be put to death. But who, pray tell, is an ‘idiot’, a term derived from the Greek, literally meaning ‘one who lives within his  own mind, with little regard for others’.  Who is calling whom an idiot?

There is no such thing as a right to bring crippled children into the world. If we choose family size, we should also choose family health . . . . If the State is morally justified in repelling an unwelcome invader . . . why shouldn’t the family be protected from an idiot or terribly diseased sibling?

Fletcher provides the principles and milieu within which Trudeau and others live and move, even if they are not fully aware of such, and would certainly not put the matter so bluntly, at least not yet. It is one unhinged from any supernatural and eternal perspective, unable to see the inviolable dignity of each and every human being, a dignity not predicated upon what they can offer to society.

As the Catechism declares, “human life is sacred because from its beginning it involves the creative action of God and it remains for ever in a special relationship with its Creator, who is its sole end”.

To paraphrase Dostoyevsky, without God, anything goes, and everything is permitted, including murder of the unborn, infanticide, matricide, patricide, leading to what John Paul II described as a reversion to a “barbarism which one hoped had been left behind forever” (Evangelium Vitae, par. 14).

The great Pope’s warning back in 1995 has been little heeded in Canada, and now, in the immortal words of CCR, a bad moon is a-risin’.

Need we worry?  Well, the Sun, and the Son, of justice is also on His way, with healing in His wings, but he’s bringing his pruning fork as well. For what we have done to one of the least of His brethren, we have done also to Him.