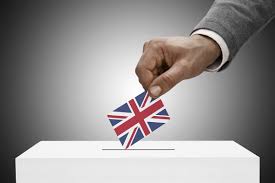 Already the effects of the Brexit are rippling through the world:  The British currency has taken a record nosedive, the stock market is tottering, and wee bonnie Scotland now wants independence from Britain, to stay cuddled up with the EU. Now our own Quebec wants to break free, once again: Justin Trudeau was booed for not speaking French on the occasion of their Fete Nationale, which in the Catholic world is called the Solemnity of the Birth of Saint John the Baptist, precursor of the Messiah. One need not wonder that the Quebeckers mumurmed not that their, or the, Prime Minister neglected to mention their sometime patron saint. What need have they for the ‘greatest amongst those borne of woman’, when they have federal transfer payments and massive debt spending to keep them going?

I wish them both well, Scotland and Quebec, and have great admiration for them in different ways, but, on a rather prosaic note, what would support their miniscule economies, such as they are, unmoored from their generous patrons, the far larger countries to which they are joined? Quebec without Canada would be Haiti north, and I dare say the same for Scotland, populated mostly by sheep and deep mystic lochs. Then again, Scotch is fetching a fair price nowadays, with the vast Asian populations developing a thirsty taste for the national drink, especially the single malt variety. It’s a lot better than sake.

But back to the Brexit: Mirroring the polarized articles popping up faster than Eurocrats at a Brussels convention, my mind is not completely made up on the Brexit.  As a native of Scotland, I have a soft spot for independence, and have a very sore spot for metastatisized bureaucracy, especially of the unelected and unaccountable and notoriously unCatholic variety.

One should also, with former Prime Minister Margaret Thatcher and John Paul II, maintain grave reservations about the use of binding referenda for momentous decisions. Leaving to the ‘will of the majority’, and a majority being 70% or so of the population in this case, decisions that can never be reversed, or even grave moral questions, is itself highly questionable. We should keep in mind that the will is a blind faculty, and without the guidance of reason, the will acts on emotion or impulse. Far better for the Brits to hold an essay contest. These things should be pondered by wise and able men, whatever mechanism is used in the end.

Yes, alas, although I wish that the majority of the populace was so philsophically minded, thinking things through logically, if not theologically, (and one must be logical to be theological), most people do not tend this way, either through lack of proclivity, effort, time or desire. Further, most are swayed by emotions, national pride, nostalgia, and current events, especially tragic ones, like the murder of the MP Joe Cox, or the hyperbolic demagoguery of our modern prophets, the politicians, professors and pundits. Too often, they speak not the truth, as today’s reading laments from, where else, Lamentations:

The prophets had for you false and specious visions

They did not lay bare your guilt, to avert your fate.

I know not what the fate of Britain, nor Europe, is now, nor their collective or individual guilt for the current crisis that the ‘Eurozone’ is now facing, but the seeds of its dissolution can be found in its very motto:

That might look pious and enlightened engraved on a granite pedestal in front of the European parliament, but they did not think deeply enough about these three words. Certainly, some diversity is good within a unity, otherwise we would be living in a Stepford-wife-ish clone-ville, but only so much. There is a limit to diversity, a limit that can be discovered by the principle of non-contradiction. One cannot be pro-life and pro-abortion, nor pro-marriage and pro-polygamy, nor pro Communism and private enterprise, nor believe in the rule of law and lawlessness…

The list is endless, yet Europe strives to find unity where unity just does not, and cannot, exist. There must be a deep unifying principle to unite people, if that is not a redundancy, and vague values of ‘tolerance’, ‘diversity’ and ‘welcoming’ just do not cut it.

The bureaucrats in Brussels, and their fellow travellers leading the various nations in Europe, have been trying to wallpaper over the deep cracks in the foundation, but the recent tensions in the Middle East, the unending flood of immigrants, the economic stagnation, the demographic implosion, are all exposing the weakness, even the moribundity, of the whole endeavour.

The general populace, at least those who work for a living and feel the economic effects of such things as socialist principles, a metastatized welfare state, and untrammelled immigration, are beginning to get this, but they do not reallly know how to respond, or how to fix things, or even what normal is anymore. They cannot buy homes, their children are growing up feral  and hopeless, and dark clouds are on the horizon.

We have come so far from our Christian foundations that it will be a long road finding our way back. But God always provides a way, if we but take the first step. Who knows? The Brexit could bring some degree of sanity to the seemingly unstoppable collectivism of Europe.