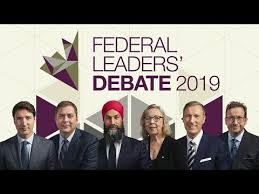 Concerning the other night’s ‘debate’, allow me to offer the following enthymeme, a sort of summarized syllogism described by Aristotle:

When a society loses faith, it loses reason.

When we lose reason, we lose manners.

When we lose manners, we lost courtesy,

And when we lose courtesy, we become a herd of braying asses.

Evidence for this inexorable chain of causality was on full display with the six candidates and five moderators in what some described as a ‘debate’. Curiously, the number eleven is the same as the number of passions in the human soul enumerated by Saint Thomas. And their passions certainly got the better of them, talking – nay, shouting – over each other, interrupting like a gaggle of unruly schoolchildren, only a few moments of which I could endure.

One longs for the days of Lincoln and Douglas, or Chesterton and Shaw, who deeply disagree, but who debated in measured, reasoned and mannered give-and-takes, delving into the issues in a rational, calm manner, allowing the other to have his turn and say his piece, with courtesy and manners. How do six – or eleven – people debate anything, with everything reduced to sound bites and quips?

The morally deformed elephant in the room, or at least hovering in the antechamber – abortion – was apparently brought out, but then stuffed back into his closet. Trudeau has come out as full ‘pro-choice’ – the fig leaf of being ‘personally opposed’ lying in tatters on the floor – still claiming in some vague way to be ‘Catholic’. In any other era he would likely have been excommunicated a long time past, but our hesitant hierarchy is muted. The other candidates – we may except Scheer – are also full-on for the right to murder of the unborn child, up until the moment of exiting the birth canal, for any reason whatsoever.

And we may add the same for the scrofulous camel: The now-legal murder-suicide of the elderly, sick and disabled, snuffed out also because their life – or the suffering therein – is ‘unbearable’, a vague criterion already being stretched to mean anything.

Yet, here they are, ‘debating’ what are relative inanities, Scheer calling out Trudeau out for his insensitivity in prancing around in ‘blackface’ – which in Trudeau’s case we may call more ‘blackbody’, since he seems to have smeared himself from head to toe – as well as his deceits and obfuscations in the SNC-Lavalin affair. But these are simply effects, veritable phenomena, of the Trudeau’s far deeper deformations of conscience, about which we are not permitted to speak, to which to one degree or another, the NDP and Green candidates share. There is something deeply rotten at the heart of Canada, and no one wants to diagnose the disease, never mind try to treat and heal the ailment.

If there ever is a future version of the Nuremberg trials – and this writer fears that may now have to wait until the eschaton – Trudeau and company will be mightily judged, and the rest of us Canadians along with him, for whatever our own degree of complaisance and compliance in this culture of death.

A large part of Andrew Scheer’s difficulties and consternation is that anyone with a modicum of familiarity with Church teaching knows that in his heart of hearts, in the depths of his conscience of which the Church speaks so eloquently, he is bound to be against abortion, and all so-called ‘rights’ to such as ‘reproductive choice’. Pope Saint John Paul II teaches forcefully and eloquently that abortion is tantamount to murder, a ‘heinous crime’, bringing us back to a state of barbarism that we thought we had left behind forever.

Further, to be in ‘good conscience’, Andrew Scheer – and every other human being, we may add – is also bound in conscience to do what he can to mitigate, and hopefully one day end, this holocaust. It is anything but a ‘settled question’. And the culture of death continues its own apparently danse macabre.

We are all more or less implicated in the sordid business, all the moral blindness and perversions which are eviscerating this once Christian nation. Jagmeet Singh, an avowed socialist whose NDP policies differ not all that much from undistilled socialism, offering his lame-o one-liners. I wonder what his Sikh believe in the sanctity of life…At least with Trudeau, we know he’s a dissenter from his own professed religion.

And need we say more on the Green Party, benighted Elizabeth May calling for ‘carbon neutrality’ by 2050, which by any current prognostication means the cessation of modern life as we know it. Yet, there she is, extolling the glorious benefits of twelve-hour girls’ trips in gas-powered vehicles to Prince Edward Island. I have no problem with that, and you go girl, but let us live by what principles we profess, or profess to profess. And electric cars, including their lithium-ion batteries, are anything but ‘carbon neutral’.

So they dance and prance, bray and boast, about not much at all, while the walls crumble around us. Perhaps a better performance will be on display in French tonight, but I hold not my breath. Rather, I place what hope I do have in God, working behind the scenes, and wonderfully, at that.