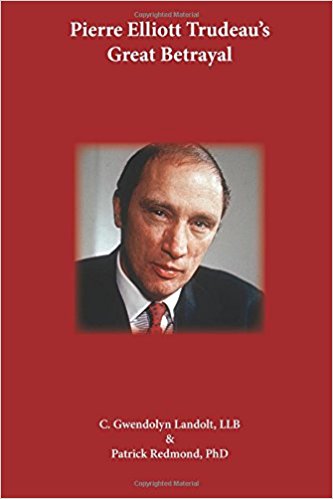 A blessed feast of Saints Joachim and Anne on this July 26th, who may be deemed patrons of Canada, with the shrine of St. Anne, at Beaupre one of the primary pilgrimage sites in this country.

And Canada certainly needs prayers.  For some insight into where Justin Trudeau comes from, I would recommend perusing this review of a book on Justin’s father, Pierre Elliot (along with the book itself).  Pierre began the corruption now evident in our legal system, culminating in the promulgation in 1982 of the inaptly named ‘Charter of Rights and Freedoms’, which has provided, ironically but predictably enough, the legal basis for removing many of our ‘rights and freedoms’, beginning with the unborn, untold hundreds of thousands sentenced to death under that fateful section 7, which declares: Everyone has the right to life, liberty and security of the person and the right not to be deprived thereof except in accordance with the principles of fundamental justice.

Ah, yes, the ‘principles of fundamental justice’, which now include aiding and abetting mothers in the death by dismemberment or dissolution of their own unborn children right through all nine months of pregnancy, for any reason whatsoever.

People of sane mind back then, including the indomitable pro-lifer Gwen Landolt (but sadly, not too many members of the Church, to put it mildly) tried to have the life of the unborn specifically and explicitly protected in the Charter, but Trudeau and his Liberals would have none of it. The sexual revolution had run its course, and abortion was now an accepted form of contraception, of women’s ‘freedom’ and ‘reproductive rights’; all part of their rightful and hard-won autonomy.

Yet we see the fruits: To this day, Canada has no law on abortion, leaving it up to a ‘woman and her doctor’, leaving the baby (and the father) out of the picture.  Now we have euthanasia, based on the same erroneous philosophical principles, an unhinged autonomy, a radical right to privacy, even though these entail the right to have grave evil done to oneself and to others, physically but, more to the point, spiritually.

We can only hope that people realize what has been done, repent and seek healing and forgiveness. Saints Joachim and Anne provide powerful intercessors and examples. So perhaps a pilgrimage is in order.  After all, miracles do happen.