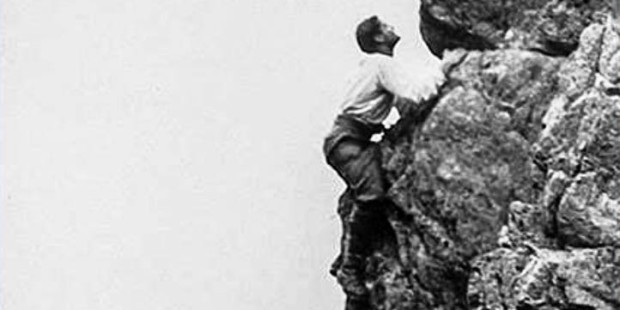 A joyous Independence Day to all our American readers. There are any number of factions developing in the once-United States, but all can be traced back to those who accept the Christian principles underlying the republic, from those who have rejected them. We can only be independent if we are free, and only free if we live in the truth which ‘sets us free’. As I quoted a few days ago from the Didache, the early teaching of the Apostles, there is a way of life, and a way of death, and a great divide exists between the two, as we are tragically discovering. Here’s hoping and praying the way of life wins out in the hearts of many.

On that note, we have this July the 4th at least two saints, we should mention: Elizabeth of Portugal (+1336), queen, wife, mother, widow, peacemaker, third order Franciscan who, after her fractious husband’s death (whom she sanctified, as much as his coarser soul could take, it seems), retired to an hidden life of prayer and penitence in a convent, feeding the poor and tending the sick. She twice placed herself physically between her warring family, specifically, her husband’s forces against those of his sons, and the second time was too much strain, bringing on a moribund fever. Elizabeth was immediately hailed as a saint, and canonized by Pope Urban VIII in 1625, the same Pontiff who would condemn Galileo seven or so years later, but who also sent the Jesuit missionaries to New France, later named, of course, Canada – eight of them future martyrs, including Jean de Brebeuf, as well as  Antoine Daniel, who was put to death on this day.

People are complicated, including Popes.

A rather uncomplicated person our next saint, more known to our readers, Pier Giorgio Frassati (+1925), a handsome, young, athletic Italian from an aristocratic family, who died at the age of 24 of poliomyelitis he contracted from his (mainly hidden) work with the poor, to whom he would carry food and necessities himself, making a detailed list of who they were and what they needed. Besides his charitable endeavours, Frassati’s talents were unbounded: An avid mountaineer and hiker, scaling some of Italy’s grandest peaks; he could sing, and cite long sections of Dante with ease. Although he danced well, he never liked it quite as much as he put on, but good male dancers are thin on the ground, and one may surmise that it was chivalry that motivated him in many such things. Although in love once, he thought his parents would not approve of the marriage, and relinquished his hopes, a sacrifice that cost him dearly, as he once confided to his sister.

His chastity, purity and simplicity; his good humour and indefatigable help of others, (which really was his greatest joy); his devotion to the faith, to the Holy Mass and Rosary, his love of Italy and all things Italian, of music and song and the outdoors, attracted many to him – although I remember reading he confessed to not having a good singing voice, which, with a bit of what I hope is innocent schadenfreude, I was sort of glad to hear, that this gifted man did not have every charism under God’s sun. Pier Giorgio has become not just a patron of youth, but a very icon of how one’s first formative years may be well spent.

Like Saint Thérèse, Pier covered a lot of ground quickly, and God took his sanctified soul to heaven while young, so to leave us, perhaps, with a vivid picture and example of goodness and perfection in its integral and primordial form, of body and soul, an image, however distant, of what we were in the Garden; so we will be in heaven, but in a far more perfect way.

Pier was peaceful and resigned in his lingering torment from the polio, his once fit, muscular body soon reduced to a skeletal frame. He even peacefully accepted the denial of morphine by order of his mother – which she saw as unfitting – not realizing what agony her son was in.

His parents expected a few dignitaries and friends at his funeral; to their surprise, the streets thronged with thousands of the people of Turin, including all those he had helped secretly; truly, his name was proclaimed from the housetops. When Pier Giorgio’s body was exhumed in 1981, it was found to be incorrupt.

On May 20th, 1990, Pier Giorgio was beatified by Pope John Paul II, who in his own youth as Karol Wojtyla resembled the beatus in many ways. Perhaps they are climbing mountains together in heaven as I write, or at least will when their bodies are reunited with their souls at the end of time in that new heaven and new earth; I for one hope to join them one day, Deo volente, even if taking a bit longer time and a more circuitous route, alas, than the good Pier Giorgio.