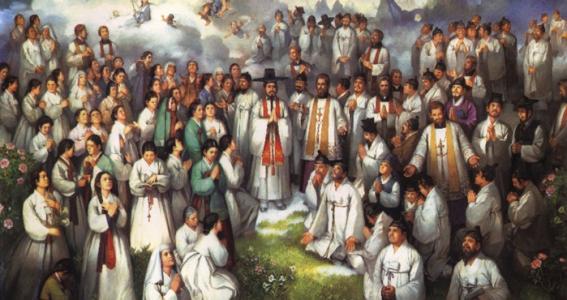 Much controversy has been raised by Pope Francis’ recent reconfiguration of the constitutional make-up of the John Paul II Institute for Marriage and Family.  As he frames this in his Motu Proprio, Summa familiae cura, this is necessary to adapt to “the new pastoral challenges to which the Christian community is called to respond”.  And as he continues:

The anthropological-cultural change, which today influences all aspects of life and requires an analytic and diversified approach, does not allow us to limit ourselves to pastoral and missionary practices which reflect forms and models of the past

Hmm.  As a pontifical university allied with the Lateran in Rome, the Holy Father, with his ‘full, supreme and universal’ power, is free to modify the mission and focus of the JP II Institute.  Such are the benefits and risks of being a university of pontifical mandate.

That said, the authority of the Holy Father is limited by the very nature of Revelation itself. What Christ handed on to the Apostles, all those truths necessary for salvation that have been defined and made explicit over the centuries, are not open to revision.  The Pope and his Magisterium cannot change the nature of marriage, and I do not think the Holy Father has the intention of doing so. Rather, following upon Amoris Laetitia, he thinks the Church must ‘accompany’ certain, shall we say, difficult cases, modifying the presentation of the truth to make it more palatable.

The most significant change, upon my initial read of the document, is the renaming of the program, and the subsequent degrees, from Studies on Marriage and Family, to, now, the Institute for Matrimonial and Family Science.   ‘Studies’ implies something given, received, which one unpacks using reason, as is done in theology. ‘Science’, even though etymologically meaning ‘knowledge’, has come to imply knowledge gained through induction, something one did not know before, new knowledge that follows upon empirical research.

Hence, it seems the Holy Father aims to change the focus of the Institute from what he sees as a more theological, deductive approach (i.e., teaching students what marriage and family are all about from revelation) to a more scientific, discovery approach (e.g., what is the notion and practical reality of ‘family’ in the modern world, and how might the Church best approach such people to bring them to the truth).

Yet we must be cautious. Theological truth is not something we find out scientifically; rather, it is given to us, handed on through Tradition by means of the Church, the ‘pillar and bulwark of the truth’, as Saint Paul wrote to Timothy.

It would be sad indeed if, as some fear, the Institute began hiring dissenters, heretics, those living a deviant lifestyle, to help students ‘discover’, ‘understand’ and ‘appreciate’ the full reality of the modern family. I am not sure this will happen, but in today’s Church, one never really knows.

Even besides such, there is, of course, a danger here, of ‘accompanying’ people in such ‘matrimonial’ or marital-like situations for so long, that they are never presented with, nor motivated to accept, the fullness of truth on marriage and the moral life in general.  The motu proprio implies that the moral truth of marriage and family will still be maintained, but with a bit of a caveat:

With the clear purpose of remaining faithful to the teaching of Christ, we must therefore look, with the intellect of love and with wise realism, at the reality of the family today in all its complexity, with its lights and its shadows

Ah, yes, the ‘complexity’ and the ‘shadows’, which are not really in the realm of doctrine, which on the whole is rather clear and precise, but rather in realm of practice, the ‘reality’, which we all sort of mess up to some degree.  As the saying goes, the devil is in the details.  Yet we must keep firmly in mind that ortho-doxy (right teaching) and ortho-praxy (right practice) go hand in hand, or perish miserably together.  There is a basic minimal level of orthopraxy (more or less, the commandments and the laws of marriage), which must be maintained by one’s orthodoxy, required to hold one’s life, to say nothing of a college, in basic working order.

At some point, people must be presented with, and live according to, the full splendour and glory of moral truth, not least in the realm of sex, marriage and family, upon which so much depends.  As Christ and His Church have made clear, there is a weighty obligation, with eternal consequences, to accept such truth once it is revealed to one, even if there are difficulties, and great ones, involved.

If any man cometh unto me, and hateth not his own father, and mother, and wife, and children, and brethren, and sisters, yea, and his own life also, he cannot be my disciple.

We must be prepared to give up even our own earthly ‘loves’, in whatever form they are, if they are an obstacle in our path to salvation. For true charity always implies the love of God first and foremost.

Today’s myriad of saints witnessed to that reality, the thousands of Korean martyrs put to death in the persecutions of the 19th century, Father Andrew Kim-Taegon and his companions.  Priests, brothers, sisters, nuns, along with untold numbers of lay people, married, single, who had courageously and perseveringly kept the faith alive for many years without any priests or sacraments at all, all willingly tortured and killed for attesting to the truth of their Catholicism in the face of the political tyranny under the hierarchical Confucian structure of Korea.

The mid-20th century saw Korea sadly divided into the atheistic Communist north, more or less a satellite of Chinese Communism, officially atheistic where the faith is still outlawed, and the democratic south, where Catholics make up about 10 percent of the population (around 5 million souls), along with millions of other Christians of various denominations. These two Koreas are separated by the oddly and ironically peaceful de-militarized zone.

A country without the faith can never be well governed, as we are seen in the cult-like dictatorship that is North Korea, but are also discovering, in rather more subtle ways, in Canada and even America.  President Trump’s speech at  the United Nations was all fire and brimstone. But with whatever was good and true in the midst of some of his bombastic metaphors, he, and we all, should not stop looking within our own communities, and our own hearts.  How ‘Christian’ anymore is Canada, America, Europe, where the faith once took such solid root, now mired in contraception, abortion, euthanasia, sexual deviancy enshrined as ‘marriage’, safe-spaces for coddled infantile adults unwilling and unable even to glimpse the truth that so haunts their uneasy conscience, and, not surprisingly, with religious practice on a seemingly unending moribund spiral?

That faith survived in Korea by the blood of their martyrs, by their constancy, their devotion, their discipline.  We Catholics could learn much from such spiritual ancestors.  Perhaps the ‘change’ in the JP II Institute, with more to come, is some sign that we have taken too much for granted, have become too soft, too complacent, too comfortable.  How willing are we to suffer even a little of the same as the Korean saints, by whatever type of witness to which we are called?

I think it was Augustine who quipped that Catholics get the bishops they deserve (whatever that means), and we could say the same of our political leaders, as well as our colleges. So fight to maintain the truth, even if, especially if, the circles where it is maintained get smaller.