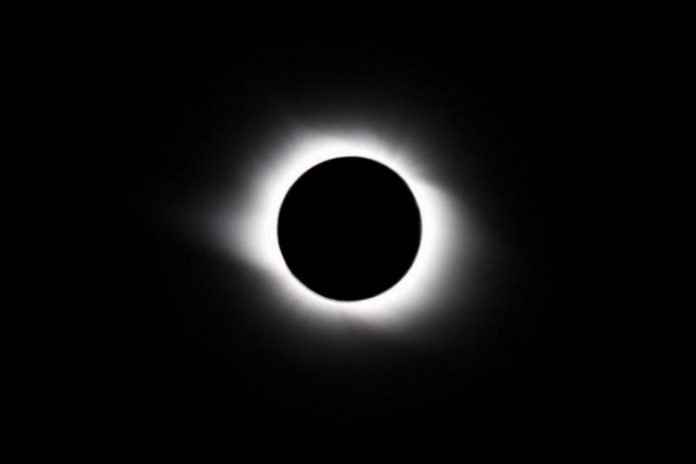 A brief note this morning, on this August 21st memorial of Pope Saint Pius X, that, besides honoring one of the great Pontiffs of history (more on which in a bit) today is also brings the rather rare cosmological event of a total solar eclipse,with the Moon blocking out the light of the Sun. By the choice of providence (or ‘chance’, if you will), the Sun and Moon are exactly the same size from our vantage point, even though they are in reality far different, the Sun a million times the size of Earth, the Moon about one third the Earth’s size, but the Sun is also 93.5 million miles away, the Moon about 240,000 miles (on average) from our planet.

Hence, when they rarely cross paths, the Sun’s light is blocked out, except for a bright ‘corona’, which will damage your eyes if you look directly at it (so caveat!).

Many are caught up in apocalyptic fever, and there is some history of cosmological events signifying some significant spiritual occurrence (see, the death of Christ on a Friday afternoon, and the miracle at Fatima).  Perhaps.  But eclipses can only be seen from certain vantage points; we here in Canada will only get a partial eclipse, with the Moon blocking the Sun to some extent. But those in America, at least along a certain swath, will see the whole thing.

Maybe this is a sign for our neighbours to the south.  If nothing else, it signifies the beauty and symmetry of God’s creation, the Moon and the stars and our own warm and live-giving Sun, the eclipse of which should lead us to appreciate God’s gift of this constant and never-dimming light and energy source a bit more fully.