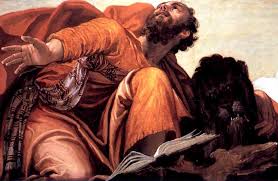 A sense of urgency

It is useful and edifying to read a Gospel continuously, from start to finish. It allows us to notice details that we miss by hearing it presented piecemeal at Sunday Mass. With the Gospel of Mark several things immediately catch our attention, one being the word “immediately.” There is a feverish quality to the events that Mark recounts. Merely glance through the opening chapter of the Gospel, beginning with verse nine:

“Immediately” occurs forty times in the sixteen chapters of Mark’s Gospel. The point is that Jesus has an obligation to meet, and he cannot waste a moment; Mark’s favourite verbs are “run,” “arise,” “shout,” “amaze.”[1] This sense of urgency is so strongly emphasized by Mark that he condenses into a single year the three years of Jesus’s public life. Like a whirlwind, he sweeps through Galilee and Judea, rushing to Jerusalem to enact the drama of his passion and death.

Another technique Mark uses to call the attention of the reader to important elements of his message is repetition. Three times in the course of the Gospel is the passion foretold: “And he began to teach them that the Son of man must suffer many things, and be rejected by the elders and the chief priests and the scribes, and be killed, and after three days rise again” (Mk 8.31; cf. 9.31, 10.33); and at three points in the narrative are there summaries: “And wherever he came, in villages, cities, or country, they laid the sick in the market places, and besought him that they might touch even the fringe of his garment; and as many as touched it were made well.” (6.56; cf. 1.32; 3.7). Blind men are cured twice once at Bethsaida (8.22) and again at Jericho (10.46), and there are two miraculous feedings of the multitudes (6.31 ff; 8.1 ff; more about them later).

There’s another way in which Mark drives home his message. Sometimes he interrupts his account of one incident by inserting a second in the middle of it, a literary device that excites interest by delaying the action. There is, for instance, a fig tree cursed and later withered for not having any fruit when Jesus was hungry (11.11-25).[2] Between the curse and the withering, we follow Jesus into Jerusalem, where he cleansed the temple. And then there is the incident of the daughter of Jairus. He was the leader of a synagogue whose daughter was seriously ill. When Jesus was accompanying the father home, a woman with an “issue of blood” pushed her way through the crowd. “‘For,’ she said, ‘if I touch even his garments, I shall be made well.’” She was cured, but Jesus, “perceiving that power had gone forth from him” (5.28,30), made her come forward, in front of all the people. It is one of the most touching in the Gospels.

There is more than a physical cure effected, for her haemorrhage rendered her ritually impure, which prevented her from participating in worship or public life. Her caution in approaching Jesus secretly is thus understandable. But Jesus, by bringing her forward, not only calls attention to the cure, but also reincorporates her into society; her healing is, to use an anachronism, psychological as well as physical. Only then does the crowd move to the home of Jairus, whose faith in Jesus is rewarded by the restoration of his daughter to life (5.42). (An even more dramatic cure that is psychological as well as physical occurs in the case of the Gerasene demoniac (5.1-20). When Jesus first encounter him he is naked in a graveyard, howling and gnashing himself with stones. But when the townspeople later arrive on the scene, they find him clothed and rational, in conversation with Jesus, who restores him to his family.)

A verse in the passion narrative has excited the interest and ingenuity of both scholars and believers: “And a young man followed him, with nothing but a linen cloth about his body; and they seized him, but he left the linen cloth and ran away naked” (14.51-52). This strange event sends us backwards and forwards in the text, because it reminds us of two other young men, one naked and one clothed, who did not run off. The first we have already met: the Gerasene demoniac, naked and howling among the tombs when we first see him, but clothed and sane when the townsfolk arrive. The significant point here is found at the end of the episode: “He . . . began to proclaim in the Decapolis how much Jesus had done for him; and all men marvelled” (5.20). There is another young man, clothed and sane, who also proclaims what Jesus has done:

And entering the tomb, they [the women] saw a young man sitting on the right side, dressed in a white robe; and they were amazed.  And he said to them, ‘Do not be amazed; you seek Jesus of Nazareth, who was crucified. He has risen, he is not here. But go, tell his disciples and Peter that he is going before you to Galilee; there you will see him, as he told you (16.5-6).

But Mark, as his Gospel demonstrates, was and continued to be amazed. We should learn from him and the holy women to enter with silent awe into the presence of our Saviour, Jesus Christ, died and risen from the dead.

[2] That it was not the season for figs adds an element of mystery to the event. Other instances are: the death of John the Baptist between the sending out and the return of the Apostles (ch. 6) and Peter’s denying Jesus between his two trials. (ch. 14,15)