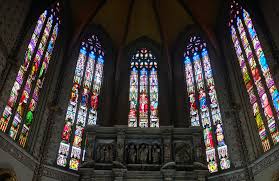 Like many people, I have a love affair with old churches. I lived in Rome a few years ago, and I am surprised I was at all coherent during that period. The wealth of churches—small ones down little cobblestoned side streets, gloriously gaudy ones at the end of large piazzas, and sparse haunting ones with so much history you could almost feel the weight of it—were quite literally everywhere I turned, and left me either speechless or in desperate need of something so say, but with no words that seemed adequate.

And then I went to Greece and lived in the Peloponnese for a little while. I was thrilled to discover, in the town near where I lived, an intensely beautiful and elaborate Greek Orthodox church in the middle of the village square. Every village that I visited in the region—no matter how small—had its own lovingly cared for church, with as much gold leaf and as many icons and as elaborate a chandelier as could be afforded.

Apparently in possession of gypsy blood, I next ended up in France. Yes, Paris has stunning churches. But so does every single town you pass through. In the small village of a thousand people where I am currently living, there is a church whose intricate beauty would shame almost any church in North America. A ten minute walk up the hill into the next town of about five hundred people reveals an equally lovely church. A half hour’s walk down the road, in a town of about two thousand, an even larger, even more stunning church holds residence. And so on, throughout the whole area, throughout the whole country.

As much as I love these churches, as much as they take my breath away, the practical part of me has occasionally gone “Hmm. Isn’t this all a bit much?”

I mean, seriously: wouldn’t a concrete box of a church serve just as well? It would be way cheaper to keep up. All that stained glass and gold leaf is expensive to buy and maintain. Europe is in an economic crisis. There is no one left in these villages but old people on pensions. What a finicky thing all those frescoes are. All those complicated icons. All those engravings. It’s beautiful. It’s all so stunning. But…isn’t it a waste? Isn’t it such a lot of effort? It’s not like God really cares, does he? There are more important things to be worried about. Am I right?!

Then, last weekend, I went to Perpignan. I found myself at an early morning Sunday Mass in its Cathedral. The church—par for the course—was magnificent. I sat there, feeling so very lucky to be able to soak up the beauty.

A little to the side of me, the choir began to assemble. They were a rather rag-tag group of people from the congregation, and if I had thought about it, I didn’t really have any high hopes for their vocal efforts. But who cares as long as you get to Mass?

The bell rang, incense wafted in, and Mass began. My mind began to wander as it always does, but it didn’t really seem like such a bad thing, as I was just soaking in the beauty around me. I wasn’t really paying attention to the Mass, but at least I was looking at stained glass windows of saints.

Suddenly, the Kyrie started. I realized how grossly I had underestimated the hobbledehoy choir. A shiver of intense delight zig zagged through me. No one was the slightest bit off, and they seemed to breath and sing as one; they were perfect. What a lot of effort they must have put in, and for an early morning Mass, in a smallish town, in a corner of France. I looked up at the stained glass, and around at the frescoes, and down at the marble floor. They were a shiveringly and abundantly beautiful choir, just like the church, like every lovely church I have seen in the past few years.

That damned practical side of me whispered a “Why? What’s the point? It’s all so beautiful, so incredible, but why do it?”

And then the choir crescendoed, and the light burst through the stained glass making the beautiful church ten times more so, and the incense wafted up in smoky clouds, and through absolutely no effort of my own, but almost as a side effect of the culmination of the exquisite sights and sounds and smells around me, I experienced a moment of transcendence in which it was as if my soul, tasting for a moment the faintest sliver of heaven, cried out desperately for more.

I leaned against the pew in front of me, on the verge of tears, and heard the the side door of the church creak open. A woman walked through, a tourist in a tired fleece jacket carrying a walking stick. Her face showed faint signs of boredom. Perhaps Perpignan had been a disappointing experience for her.

She took a few steps in past the shadows, and the church hit her eyes, and the music drifted into her ears. She looked as if she could barely comprehend what was happening to her, as her jaw dropped and she sunk into the chair next to her. She sat there, her bored eyes wide with disbelief.

And then I realized my stupidity. I realized the purpose of the elaborate church in even the smallest of towns, why the young mother of three kids under four was in the choir, the reason why the little altar server was so valiantly incensing the congregation. It’s not for God; he doesn’t need it. He doesn’t need anything. It’s not a weird competition between villages to showcase which one has the most money in their coffers.

Oh no. It’s for that tired woman who was just trying to pass the time.  It’s for me in my practical efficiency. For you. Because beauty transports us. We need it as a reminder of heaven, or else we would never attempt to get there. It lifts us up, without even our consent. We are moved by it before our brain can grasp what has happened. We are inspired by it to things better than ourselves.

Beauty points us to our purpose. It refuses to let us ignore it. Perhaps, in our practical, utilitarian world, we have a problem. Those blinding slivers of heaven are few and fast disappearing. And without them, where do we look to?