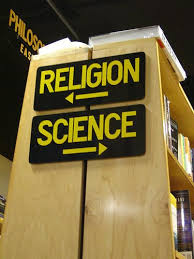 If there is one thing that is omnipresent in empirical research, it is doubt.

This line has always stuck with me, from a methodology textbook I studied years ago. We may rephrase this in a more theological way:

There are no dogmas in science.

This is not to say there can’t be certainty. ‘Science’ in its original, we might say classical, sense – scientia – simply meant knowledge in general. Science adopted its modern, and more limited, meaning with Galileo, Francis Bacon, amongst others, which may be described as the investigation of natural phenomenon by quantitative measurement. Through statistical analysis, we connect – more properly, correlate – two or more events in space and time. If these events occur together often enough, we say that one is the cause of the other.

Yet, as soon as we make that inference – into the whole realm of causality and connecting the dots -we are leaving behind science strictly speaking, and entering the realm of meta-science, meta-physics, or, if you will, philosophy.

Saint Thomas Aquinas sums this up with his four questions of scientific investigation of a phenomenon: 1) Is it? 2) What is it? 3) What properties does it have? 4) Why does it have those properties?

Science – quantitative measurement – may tell us that objects fall at 32.2 feet per second squared, and we call that ‘gravity’. But what actually causes the ball to drop is a deeper question, and one rather fraught at that. Do objects always fall at the same rate, and, if not, what causes the difference?

When Newton calculated the mathematics of gravity, people found the implication of invisible forces rather weird, not least Newton himself, who claimed ‘non fingo hypotheses‘ – ‘I fix no hypothesis’, and he stuck to the math. Hidden forces acting instantaneously across a vacuum at seemingly infinite speed may seem a bit unsettling, and it was not until Einstein that gravity was explained by a warping of the space-time continuum. But that only raises further questions.

Ponder a more human example: Smoking and cancer. Cigarettes were at first perceived as rather harmless, and you may have seen photographs of physicians puffing away in front of their patients. And it took years to discover the risk. Yet smoking does not cause cancer in the same way that gravity makes an object fall. We infer there is some connection, but we are not certain how much is too much. There are any number of other putative causes: Stress, genetics, diet, or, perhaps, simply the will of God.

And what of the plague of depression and anxiety? To say that they are caused by a ‘lack of serotonin’ or some such is to beg the question. As body-soul composites, each acts upon the other, and as one physician lamented after years of practice, too many of his patients needed a priest far more than a doctor.

Science, at this qualitative and metaphysical level, must be free to ponder and investigate any number of putative causes and effects, especially for the more complex and manifold phenomena. Any number of valuable explanations have come from imagination, from Einstein wondering what it would be like to surf a light wave, le Maitre’s Big Bang, all the way to Hawking’s theoretical black holes.

There should never be any ‘one narrative’ in science, which should be open to many competing hypotheses, jostling and competing for the ever-elusive truth. Otherwise, the planets would still be floating through an invisible and insensible luminiferous ether; animals would still be spontaneously and abiogenetically forming in rotting meat; a high sugar and carb diet would be good for you; plagues and pestilences caused by a mysterious and malodorous miasma; the universe would be the size of the solar system, or smaller, with the Earth immobile at the centre. We should recall that Galileo was challenging the consensus, against a Church that was ‘following the science’. And Galileo himself had no proof for his theory, which had to await until the early 19th century; and, anyway, his Copernican system had to be corrected by Kepler, whose laws are still being tweaked…

We should be open to evidence, which always wins out in the end, at times overwhelmingly, and even tragically. Gum, chocolate and skin cream were once laced with radium to give us all a ‘healthy glow’, and Thalidomide was touted as a perfectly safe cure for morning sickness. Its teratogenic effects are to this day not fully known, nor could they have been predicted.

Need it be repeated: if there is one thing that is omnipresent in empirical research, it is doubt. And it is this doubt which prompts every further inquiry.

So where does that leave us, with the strident calls to ‘follow the science’? We should keep in mind that this is more than just crunching numbers – itself already fraught, for what numbers, and, to paraphrase Lenin, who’s counting whom, and what? There are also the inferences drawn therefrom, and the broad coercive policy directives affecting the lives and livelihoods of hundreds of millions.

If scientists should tread carefully making definitive claims in the metaphysical sphere, they should be even more cautious where moral judgements are drawn.

We may accept that science should help to guide and inform our conduct. Gravity may make one think twice about free-style rock climbing, or walking between two skyscrapers on a tightrope, and Newton’s inexorable laws should limit our speed in vehicles, and what vehicles we choose. We may also reflect on the risks of cigarettes – even of pipes and cigars! – as well as too much alcohol and junk food. And what are we to say of vaccines, whose efficacy and long-term effects are still to some significant extent still unknown?

Until recently, such choices, in which risk was uncertain, flexible, and dependent on circumstances, were left up to the individual, as a free moral agent made in God’s image, what risks to take, and even to some extent to which to expose others (e.g., following someone up a mountain; exposing oneself to second-hand smoke; or caring for the infectious). This is especially the case where those risks are uncertain. For if science is doubtful about present things, it is even more so about future contingents, that may, or may not, be.

The Elephant in the Room

To apply this to the obvious case before us, the covidian elephant, if not rhinoceros that has wrought such havoc: In the first ‘measurement’ step, we should be cautious of how ‘covid’ is counted. The inaccuracy of the various tests is fraught enough, but in some jurisdictions, if you’re sick, and not tested, you’re automatically counted as a ‘case’. Is this some part of the mysterious black hole the flu mysteriously disappeared. Did covid eat up all the other viruses, like a pathological Pac-Man?

If someone is injured by the vaccine within two weeks of the jab, it’s not counted. Why, is anyone’s guess, or hypothesis.

Natural immunity – by some estimates, many times more effective than the artificial sort – is discounted. Even keeping a human reservoir of such immunity, invaluable in any previous pandemics, is ignored. Why?

A few cases of covid, in some places even one – regardless of the mildness of symptoms – are regarded as an ‘outbreak’, requiring a response of Dustin Hoffman level intensity.

The moral and behavioral conclusions from all of this are the most contentious: In Australia, and other locales, total, military lockdown, riot police, rubber bullets, panopticon surveillance. Huddled masses sit before their screens for months on end, descending into despondency, desuetude and depression, the social, moral and even eternal costs of which may never be fully known.

As Benjamin Franklin quipped, those who would give up essential Liberty, to purchase a little temporary Safety, deserve neither Liberty nor Safety.

To give up this freedom to make moral decisions – or to have it taken from us – is to sell our birthright at a very cheap price, and instantiate a totalitarianism, one more encompassing with modern means of surveillance than any that came before. As I thought years ago, a state that can force you to wear a bike helmet for a short jaunt to the grocery store has pretty much plenipotentiary power over you, the same authority that can now force an entire populace into house arrest, or mandate that same experimental vaccine for every person on the planet – from cradle to retirement home – for the sake of their safety.

In short, when we are following the science, we are in fact following what various scientists say is the science, and what we should all do based on what they say is the science. We are free so to trust – and in a more ideal and morally integral world, we should so – but this presumption that the powers-that-be are competent, or even have our safety and best interests at heart, seems an increasingly doubtful hypothesis.

One way or the other, should our new technocrats try to seize a power and authority that even God does not, they will, like Prometheus and Pharaoh of old, sow the wind, and reap the whirlwind.