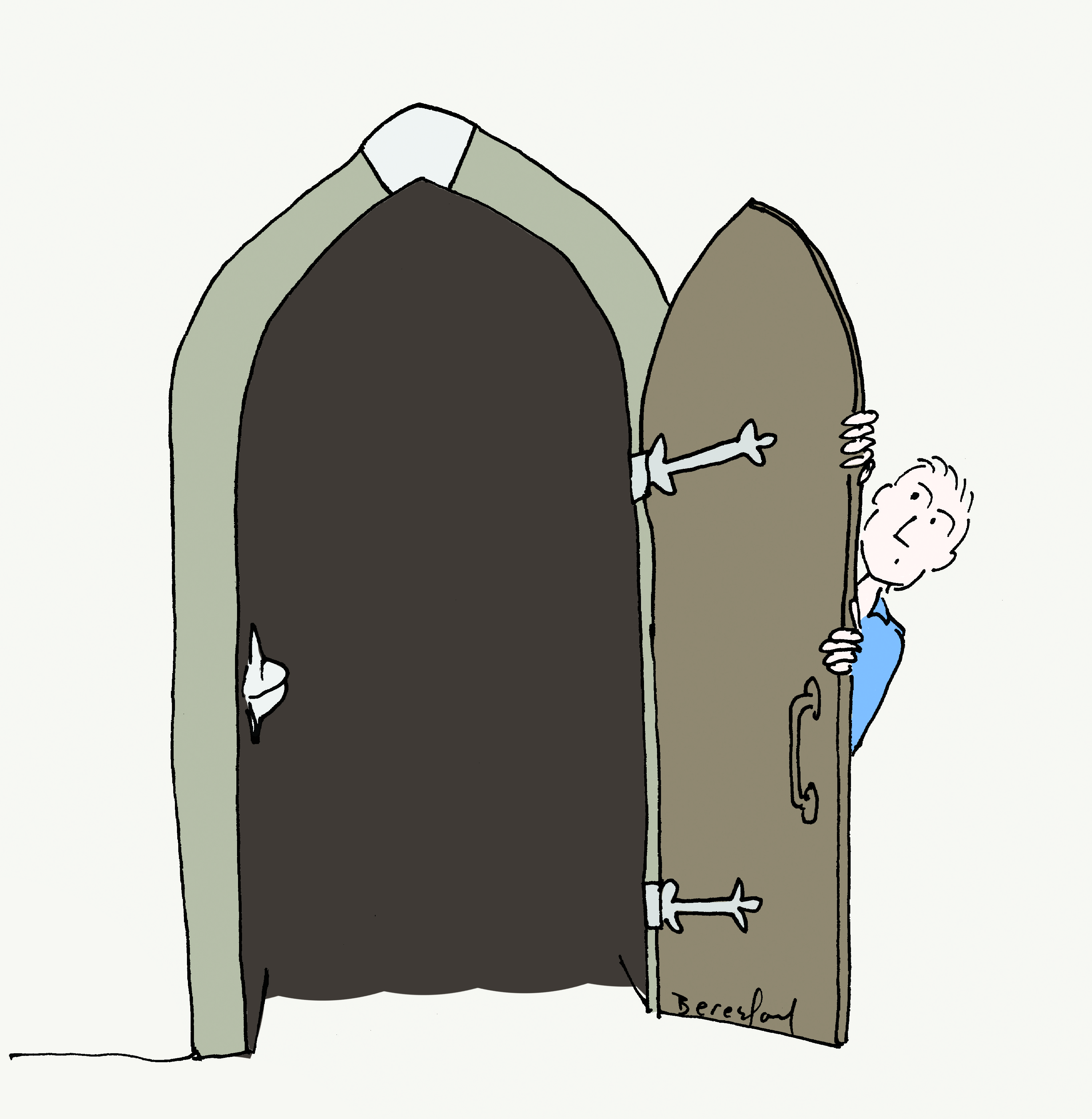 “Perhaps it was rather rude of me to turn my back, but upon my blessed word, I—I’d never heard such a thing in my life!” – G. K. Chesterton, The Conversion of an Anarchist

On New Year’s Day, after Mass we were getting the coats and hats on the children, and generally getting ready to leave. I was on the edge of the pew, beside the centre aisle, where everyone was filing past on their way outside. I finished getting mittens on my second youngest, and stood up ready to leave, when a gentleman I knew walked past.

“Happy New Years,” he greeted me, and held out his hand for me to shake. I did so, and he turned to my wife to shake her hand. The aisle at our church does not leave much room for people to pass, so the line stood still as we exchanged our brief greeting. As he continued on, the next person in line also shook my and my wife’s hand, as we were acquaintances of sorts.

“Happy New Years,” was the refrain, and the line halted again. The third person who walked by, whom I recognized, but did not know, muttered a perfunctory “Happy New Year” and held out his hand.

I don’t know if you have ever been caught holding a door for people, but sometimes when I hold the door for someone, and then the next person, followed by a series of elderly women, the general idea that seems to get spread about is that I am the guy on the door. I mean to say, in the normal course of events, when one holds a door for someone, the next able-bodied man generally catches hold of it to take his turn, and the whole thing goes smoothly. But if one has the misfortune to be left holding it for more than three or four people, then nobody picks up the ball, so to speak. When this happens, it is impossible to let the door go without it falling onto somebody, and I never know when to let it go.

Sometimes, I try to let it back gently, hinting that the door is going to fall, if the person does not catch hold of it. To do this, I keep my face turned slightly to the side, to give the impression that I am going to leave. But this never seems to work, as the next half dozen people or more try to duck through the shrinking exit without being caught. It is amazing to see how nimble some people can be in spite of walking with a cane. Another method I once tried, was to simply let the door go on the first big guy I saw, figuring that he would catch it. The agile giant dashed through, leaving the door to smack into an older lady, who fell back into the people behind her. Retrieving the door did no good at that point, and I was subject to the one-eyed glare of the victim as she held her hand over her other eye. My having held the door for twenty was of no account—I was the man who dropped doors on people the looks proclaimed as I stood there, once again at my post.

It was just like this as I stood shaking hands in the aisle. Having shaken four people’s hands, I did not know how to not shake the next hand without it appearing that I was cutting the individual, or being unfriendly, or refusing to wish him a Happy New Year. Evidently this was his dilemma as well, as the fifth person in the aisle and I both hesitated, and, not knowing what the other expected of us, we both held out our hands at the same time. “Happy New Year,” we said in chorus, and he left me to face person number six.

I was caught, and too late I realized that I missed my chance to make a clean break, as each handshake entrenched me in my unwanted role of New Year’s Greeter.

“Happy New Year” rolled off my lips in automatic monotone, as hand after hand was extended. Some people clearly thought I was simple, taking my hand with an inquisitive or perplexed look. “What in the world are you doing?” asked my wife beside me, in a loud whisper. “I can’t explain, now—Happy New Year—I’ll see you at the—Happy New Year—car in ten minutes,” I answered from the side of my mouth.

As the crowd in the aisle dwindled, I noticed some people ducking across the pews toward the side aisles and giving me an odd look. Mustering what dignity I had left, I genuflected, and turned to leave the empty church. As I passed through the doorway, I observed people in small groups pointing me out to the others. I walked to the car trying to appear nonchalant, and spent the drive home trying to explain.