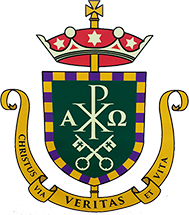 Since the tragedy is so grand, so evocative and seemingly inevitable, it seems requisite to keep some historical record of the continued decline of the once-proud-and-great Catholic university, especially here in Canada. Since this seems to be an on-going theme, we will begin with episode 1, and continue – like Star Wars – until what might seem the grand finale. We hope that will be a resurgence of the one, true Faith, living and true and embodied once again on Catholic campuses, but, sadly, perhaps it will result only in rubble and ruin, already evident inchoately.

So we will begin with the recent debacle at King’s College at the University of Western Ontario. Founded in 1954 as ‘Christ the King College’, its original mission was to provide a pre-seminary liberal arts education to its all-male students, and is still affiliated with Saint Peter’s Seminary down the road. The ‘Christ’ in their title was dropped – an ominous sign – after their affiliation with the larger, secular University of Western Ontario in 1966.

One wonders which king they now serve, for just recently a small faithful band of pro-lifers presented a showing of the film Unplanned, exposing the baby-killing horrors of Planned Parenthood, to which a larger number of faculty members protested vociferously. After all, how dare they?

The president, David Molloy, in response, even if he did admit that the group had a right to show the film, claimed that the college itself  has no position on abortion, a curious statement from the leader from a supposedly still-Catholic university. The local ordinary, Bishop Fabbro, could not be found for comment, even though it is his primary responsibility to ensure the title Catholic is deserved in the various apostolates in his diocese. As Canon 808 of the Code declares: No university, even if it is in fact catholic, may bear the title ‘catholic university’ except by the consent of the competent ecclesiastical authority.

Two questions come to mind: Does the bishop consent to King’s College continuing to call itself Catholic, or does this title just stick by sheer inertia and entropy? Should parents, the current 3,749 students, along with who knows how many alumni, sue the College for false advertising? Ironic – that is a word that comes up a lot – that their motto is Christus, via, veritas et vita.

Of course, we should not be surprised The Land o’ Lakes conference, held in the scenic grounds north of the University of Notre Dame under its then-president, the controversial gadfly Father Theodore Hesburgh in the heady days of 1968, has this to say in the subsequent document of the same name:

The Catholic University today must be a university in the full modern sense of the word, with a strong commitment to and concern for academic excellence. To perform its teaching and research functions effectively the Catholic university must have a true autonomy and academic freedom in the face of authority of whatever kind, lay or clerical, external to the academic community itself. To say this is simply to assert that institutional autonomy and academic freedom are essential conditions of life and growth and indeed of survival for Catholic universities as for all universities. (emphasis mine)

‘Freedom in the face of authority of whatever kind’…essential…for (the) survival of the Catholic university. Hmm. That must also include not only freedom from the Church, but also freedom from natural law – the killing of unborn children seems to rank rather high in crimes against God’s eternal law- and, ultimately, freedom from God Himself.

Non serviam, cried the king of Tyre, a type of Satan’s original cry, or lament, as the case may be, in Isaiah’s book.

And we may as well add the lament of the prophet Hosea: My people perish for lack of knowledge! Students can spend their entire educational lives in ‘Catholic’ institutions – from the age of four in junior kindergarten to early middle age in post-doctoral fellowships after their Ph.D’s – and scarcely imbibe any aspects of the one, true Faith, and what morsels they do get are often ersatz or even heretical versions of the real goods.

And we wonder why young people are leaving the Church in droves, if they ever decide to belong in the first place.

As an addendum to the debacle at King’s, the University of Ottawa, although founded in 1848 as an explicitly Catholic university by the Oblates of Mary Immaculate, no longer professes the one, true Faith – has just disbarred the campus pro-life group’s official status, continuing the slide, along with the rest of our public institutions, into a quasi-fascist suppression of truth, and of free-speech in general. Is the life of the unborn, and the protection thereof, no longer a matter of debate?

As with many ironies of those who cast off the Faith, they cast off reason and dialogue as well. You must assimilate, or be cast into the outer darkness. But whose teeth will be gnashing when the Prince of Truth appears, and what we have done, or not done, to and for the least of our brethren redounds upon our heads?