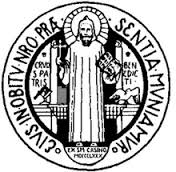 Today is the feast of Saint Benedict (ca. 480-547), the father of Western monasticism and one of the main forces in preserving Western culture through the tumultuous years of post-antiquity. His retreat from the world, paradoxically, is what saved the world, as he and his monks, guided by Benedict’s wise and prudent regula or rule (well worth a persual even by laymen), worked and prayed, copying manuscripts, turning arid soil into fruitful farmland, developing Gregorian chant (not just the most perfect sung praise of God, but also the foundation of all western music), building permanent structures which provided aid and hospitality to all guests, rich and most especially the poor.

The notion of the ‘Dark Ages’ has been grossly overstated, a hyperbole foisted by the likes of Gibbon and Voltaire, for, as most balanced historians such as Rodney Stark have persuasively argued, although chaotic politically, they were not ‘dark’ at all, but rather formed the basis of much of our modern technology and learning.

As  many Catholics ponder their own ‘Benedict option’, retreating from the world to save their souls, we should keep in mind that our task here is also to help redeem the world, and many souls besides our own, as Benedict himself realized full well. We must not hide our lights under bushel baskets, but let our light, and the full truth of our Catholic faith, shine upon the world, even if preserving and fostering that light does require some level of retreat and silence, in work and in prayer.