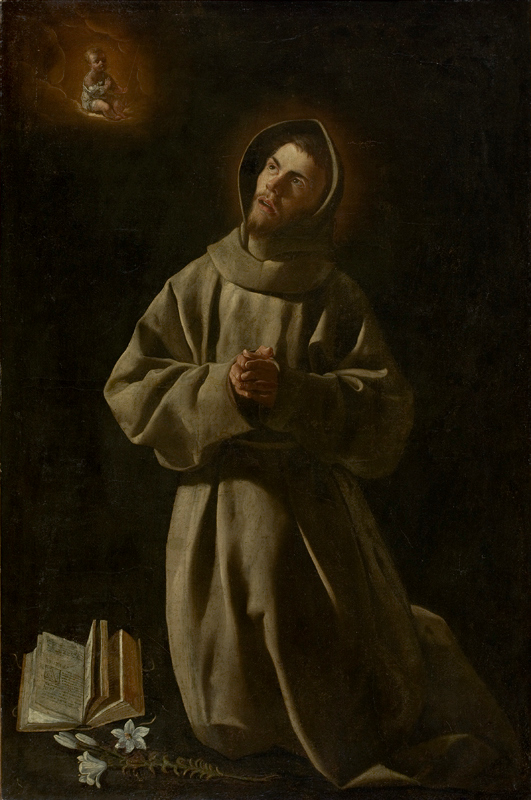 There is a curious connection with today’s memorial of Saint Anthony of Padua, the place in Italy where he died (in 1231), for he is also known as Saint Anthony of Lisbon, the place in Portugal where he was born (in 1195). There has been quite a long historical struggle over who ‘owns’ the saint more. Does one belong to one’s birthplace and where one was raised, or to the region where one lived and worked in one’s mature years?
The connection, of course, is that today is also the anniversary of the second apparition at Fatima, about 70 miles or so from where Anthony was born as Fernando Martins. And just as the message of Fatima has gone far beyond the Iberian village where the three children saw the angel and Our Lady, so too in his own lifetime, and more so after his death and glory in heaven, has the fame and renown of Saint Anthony spread throughout the world.
Anthony was and is known as one of the most gifted preachers who ever lived. In his youth, he joined the local Augustinian monastery, then transferred his vocational adherence to the Franciscans, taking the name Anthony, after hearing of one of their number being martyred as a missionary to the Muslims in northern Africa. Anthony received permission also to set sail across the Mediterranean, but he fell sick, and as the ship was returning to Portugal, was providentially blown off course and landed in Sicily, thus beginning the Italian chapter of Anthony’s life, for which he is still more known.

Soon afterward, at an ordination, there was a miscommunication, with no preacher to be had, so young Anthony asked to preach at the last minute, saying ‘whatever the Holy Spirit put into his mouth’. Well, the sermon blew everyone away, with his eloquence, his knowledge of Scripture, his holiness, the whole logos, ethos and pathos of superlative public speaking, elevated supernaturally.

Thus began the brief missionary apostolate of Saint Anthony (he died at the even-then young age of 36), for which he is still remembered. As a testament, his tongue is incorrupt. He is also the patron saint of ‘lost’ things, for reasons that are obscure, but there are many many testaments to his ability to ‘find’ such things. I myself will often spiritualize such loss, asking Saint Anthony to help me find such things as my lost patience, or my equanimity, or cheerfulness. There is just something about Fernando/Antonio that lives through the ages (he was one of the most quickly canonized saints in history), the echo of his sanctity and humility, now exalted by the Most High God, sort of like the Blessed Virgin we honour today as well.

Our Lady of Fatima and Saint Anthony of Lisbon and Portugal, orate pro nobis!