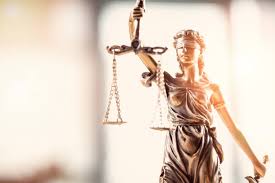 Toward the end of his term in office, American President Donald Trump nominated Amy Coney Barrett for the Supreme Court of the United States.  As a devout and practicing Roman Catholic, Judge Barrett was immediately denounced by the progressive and liberal factions of American civil and political society. The outcry was primarily related to the fact that, being a Roman Catholic, Judge Barrett would not uphold the existing laws related primarily to abortion rights and gay rights, specifically, the right to marriage by homosexual couples.

So, in the case of Judge Barrett, the demand was that she should defend society’s laws regardless of her personal religious and moral beliefs – in particular, the Catholic teaching that a human life exists from the moment of conception.  The fallacy to that demand being that the 14th Amendment of the Constitution of the United States of America states:

No State shall make or enforce any law which shall abridge the privileges or immunities of citizens of the United States; nor shall any State deprive any person of life, liberty, or property, without due process of law; nor deny to any person within its jurisdiction the equal protection of the laws.

It is for this reason that many believe abortion is unconstitutional and someday might well be overturned.  This is an apparently strong enough argument that the left has long feared a conservative majority in the Supreme Court.  With Judge Barrett on the court – she has since been confirmed and seated – there is now a 6 to 3 majority of conservative judges.

The left has similar fears regarding the loss of gay rights, but that seems less likely than the issue of abortion.

What is the relationship between law and morality?

There exists a tenet in moral theology that what is legal is not necessary moral.  To argue that a person’s religious beliefs are not or should not be influential in how they approach judicial questions shows an ignorance of history and politics.  Politics is the way in which we make decisions binding on the members of our political community. It is all about “What should we do?” ‒ which is a moral question by its very nature. Any sentence with a “should” in it is a moral statement. It is a judgment about what is right and what is wrong. Not all moral issues are political issues, but all political issues are moral issues.[1]

So, what is Private Morality?  How does it differ from Public Morality?

Private Morality imposes requirements on people from childhood until the end of life, including portions of adult life led outside public roles. But public roles sometimes oblige people to do or authorize things they would not dream of doing or authorizing in private life, and that are normally wrong in private and public life. Thus, the relation between private and public morality would seem a stumbling block to a unified moral theory.[2]  This lies at the heart of the moral theory of the dirty-hands problem.  Part of the problem with dirty-hands is that carrying out a public role sometimes involves an agent in going against values that make him a “good person” in private life, and, intuitively occupiers of public roles should be good people.  How can public institutions aim to recruit morally good people, and yet oblige them to betray the values that make them good?  For these reasons, some ethicists believe in the primacy of private morality.  This belief is reinforced by the idea that moral evaluations attach to people as human beings rather than as role-holders.  Such evaluations related to private performance are morally more fundamental.[3]

The German philosopher Friedrich Hegel viewed this topic in a different manner.  He distinguished three spheres of human life in which he differentiated private versus public morality.  These were the family, civil society and the state.  Individuals in the family are bound by mutual love and affection.  Members take pride in each other and may share blame in each other’s wrongdoing.  Morality is guided by feelings.  In civil society each person acts as an individual with a defined sense of self-interest.  These interests may conflict and even clash with the interests of others.  Competitive life is governed by coercive legal rules to regulate the pursuit of self-interest.  Each individual devises his own personal, subjective moral maxims.

Finally, Hegel spoke about a third domain where individuals see themselves as citizens of the state.  Citizens in such a large political community must be bound together neither by feelings nor by self-interest, but by a commitment to common values.  Morality in this domain requires that one overcomes loyalty to family, not pursue their own private interest, and commit to using power grounded in shared principles.[4]

It should be noted that Hegel was not a believer in the Christian sense.  His philosophy of God is complex and has generated many papers in the philosophy literature.  He has often been said to be a pantheist.[5]

This Hegelian philosophy would, unfortunately, seem to be the one espoused by several prominent Roman Catholic politicians who support unlimited abortion contrary to Church teaching.

Why does it matter if laws are based on moral principles?

So how will Judge Barrett’s presence on the Supreme Court affect these issues?  We have a clue from the Judge herself.  As a co-author of a 1998 law review article addressing the topic of Catholic judges hearing capital punishment cases, which the state permits but the Church forbids, Judge Barrett maintains that Catholic judges must or should recuse themselves.[7]

One might conclude that her opinion on this issue might extend to cases involving abortion and gay marriage rights.