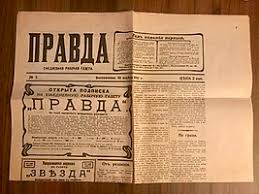 In our ever-more deranged Dominion, it began with the $600 million subsidy to ‘help’ journalistic sources – of course, only those selected by the government. The CRTC has already called for the CBC to be even-more funded that its current one billion dollars and counting, along with forcing streaming services to stream even more crappy Canadian content. And now we have the ominously titled ‘Heritage Minister’, a lightly-bearded rookie minister with large, round eye-wear who just looks like he was born to be a politician (yes, I know, ad hominem, but at times, it fits) by the name of Steven Guilbeault, has declared that any ‘news source’ in Canada must receive a ‘licence’ from the government to operate. He was blinking uncontrollably as he danced around questions on this draconian measure, saying if you were ‘small enough’ – like, speaking to your own family members, I suppose – you might get off the hook.

Here are his own befuddled words:

We would not ask news organizations to have licence (sic)…On the issue of discoverability media organizations would need to have a licence but that would not – and media can be confusing I recognize that…because the report talks about media but not necessarily about news agencies, and maybe the confusion comes from there.

I don’t think the confusion ‘comes from there’, but from Guilbeault’s own confused – or deceitful, or both – brain. He has since backpedaled, a bit, but perhaps only because the initial confession caused such consternation. Trudeau and cronies will back up, wait, then proceed more stealthily. The full Sovietization of Canada is not far distant. The only Pravda you will get, comrade – yes, all the ‘truth’ you need – is that version the Liberals deem fit to publish.

I wonder whether Canadians will stand for this instantiation of rank draconian power. (And there, over lunch on the CBC, were the usual university-‘educated’ millennials condemning Trump as a dictator!). My take is that, softened up by the insouciant arrogance of Trudeau Sr., who stuck it to the people, quite literally giving us the finger, while we just smiled and gave up a full, state funeral, with all the Catholic bells and whistles – the one who legalized abortion jostled off to ‘heaven’ with a whiff of incense. Alas, most Canadians will submit, quietly, for fear of making a ruckus and losing all their government jobs, benefits and baubles – yes, even the cowed creampuff conservatives, clinging to the pathetic hope offered by the likes of gay-pride struttin’ Peter McKay, who sees no reason at all to limit in any way free-for-all abortion. What, in any sense, is such a man ‘conserving’, and what would bar him from a fulsome welcome into the Liberal ranks?

A majority of those living in the ‘905’ region around Toronto – which more or less now decides the fate of this nation – don’t care all that much about Canadian news, true or not, so long as the subsidy cheques keep coming in, OHIP still sort of functional, and they can ship their children off for ‘free’ to public schools.

We will keep writing here, turning hopefully also to podcasts soon, and will go underground if need, over short-wave radio, or samizdat. The real truth will always be there – for those with eyes to see.