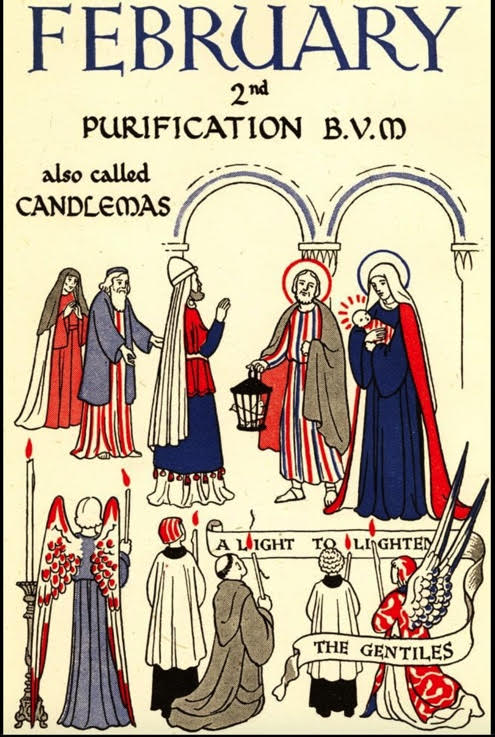 (In 1997 Pope Saint John Paul II declared this ancient feast of the Presentation – also known as Candlemass – as the World Day for Consecrated Life, with the Christ-child ‘offered’ to God the Father. Whatever our own path in life, may we too give ourselves completely to God, through Our Lady, Saint Joseph and all the saints. Here is the homily of the great Pontiff on that solemn occasion nearly a quarter of a century ago)

EUCHARISTIC CELEBRATION ON THE FEAST OF PRESENTATION

In recalling these events, the liturgy intentionally and precisely follows the sequence of Gospel events: the completion of the 40 days following Christ’s birth. It does the same, later, with regard to the period between the Resurrection and the Ascension into heaven.

Three basic elements can be seen in the Gospel event celebrated today: the mystery of the coming, the reality of the meeting and the proclamation of the prophecy.

He who had been awaited for centuries enters the temple of Jerusalem, he who fulfils the promise of the Old Covenant: the Messiah foretold. The psalmist calls him “the king of glory”. Only later will it become clear that his kingdom is not of this world (cf. Jn 18:36) and that those who belong to this world are not preparing a royal crown for him, but a crown of thorns.

However, the liturgy looks beyond. In that 40-day-old infant it sees the “light” destined to illumine the nations, and presents him as the “glory” of the people of Israel (cf. Lk 2:32). It is he who must conquer death, as the Letter to the Hebrews proclaims, explaining the mystery of the Incarnation and Redemption: “Since therefore the children share in flesh and blood, he himself likewise partook of the same nature” (Heb 2:14), having taken on human nature.

After describing the mystery of the Incarnation, the author of the Letter to the Hebrews presents the mystery of Redemption: “Therefore he had to be made like his brethren in every respect, so that he might become a merciful and faithful high priest in the service of God, to make expiation for the sins of the people. For because he himself has suffered and been tempted, he is able to help those who are tempted” (ibid., 2:17-18). This is a deep and moving presentation of the mystery of Christ. The passage from the Letter to the Hebrews helps us to understand better why this coming to Jerusalem of Mary’s newborn Son should be a decisive event in the history of salvation. Since it had been built, the temple was awaiting in a most exceptional way the One who had been promised. Thus his coming has a priestly meaning: “Ecce sacerdos magnus”; behold, the true and eternal High Priest enters the temple.