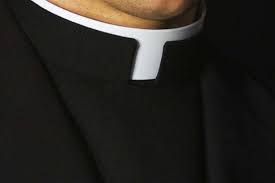 In 2009, Pope Benedict XVI inaugurated a Year for Priests, under the heavenly intercession of the Cure of Ars, Saint Jean Vianney, the patron saint not only of parish priests, but of all priests.

What makes a priest, is a question asked by the great Thomist Josef Pieper in his In Search of the Sacred. We as Catholics need not search all that far for the ‘sacred’, which is not found on the tops of mountains or the depths of the sea, nor is ruins and monuments, but in humble churches dotted throughout this land, not least in tabernacles, where Christ has left us His Real Presence.

Yet He also left us Real Ministers, in the person of the priest, whether he be holy, learned, devout, faithful or, sadly, not. For a priest is signed with the sacramental ‘character’ of Christ, that sacred power, potestas, as Saint Thomas puts it, which makes him an instrument through which – or through whom – Christ works, and it is up to the priest, – through his years of training, education, formation, which should continue after seminary unto his death – to conform his whole being into a more and more ‘fitting’ instrument, to lead many to holiness and heaven. He must lay down his life for his flock in a very real sense, giving up all – marriage, family life, his own time and comfort. As Saint Peter himself said, ‘we have given everything to follow you!’, expecting, perhaps, some earthly reward.

But the reward in heaven – God Himself – is far greater than we might ever imagine, and if we keep our eyes fixed on that, we will do well indeed.

I will leave you with some of Pope Benedict’s words, who in turn uses many of the words of Saint Jean Vianney himself. And there have been few in history who have seen what the priesthood means than these chosen souls: (Editor)

Excerpt from Pope Benedict XVI’s Letter Inaugurating the Year of the Priest:

The Curé of Ars was very humble, yet as a priest he was conscious of being an immense gift to his people: “A good shepherd, a pastor after God’s heart, is the greatest treasure which the good Lord can grant to a parish, and one of the most precious gifts of divine mercy”.[3] He spoke of the priesthood as if incapable of fathoming the grandeur of the gift and task entrusted to a human creature: “O, how great is the priest! … If he realized what he is, he would die… God obeys him: he utters a few words and the Lord descends from heaven at his voice, to be contained within a small host…”.[4]Explaining to his parishioners the importance of the sacraments, he would say: “Without the Sacrament of Holy Orders, we would not have the Lord. Who put him there in that tabernacle? The priest. Who welcomed your soul at the beginning of your life? The priest. Who feeds your soul and gives it strength for its journey? The priest. Who will prepare it to appear before God, bathing it one last time in the blood of Jesus Christ? The priest, always the priest. And if this soul should happen to die [as a result of sin], who will raise it up, who will restore its calm and peace? Again, the priest… After God, the priest is everything! … Only in heaven will he fully realize what he is”.[5] These words, welling up from the priestly heart of the holy pastor, might sound excessive. Yet they reveal the high esteem in which he held the sacrament of the priesthood. He seemed overwhelmed by a boundless sense of responsibility: “Were we to fully realize what a priest is on earth, we would die: not of fright, but of love… Without the priest, the passion and death of our Lord would be of no avail. It is the priest who continues the work of redemption on earth… What use would be a house filled with gold, were there no one to open its door? The priest holds the key to the treasures of heaven: it is he who opens the door: he is the steward of the good Lord; the administrator of his goods … Leave a parish for twenty years without a priest, and they will end by worshiping the beasts there … The priest is not a priest for himself, he is a priest for you”.[6]

He arrived in Ars, a village of 230 souls, warned by his Bishop beforehand that there he would find religious practice in a sorry state: “There is little love of God in that parish; you will be the one to put it there”. As a result, he was deeply aware that he needed to go there to embody Christ’s presence and to bear witness to his saving mercy: “[Lord,] grant me the conversion of my parish; I am willing to suffer whatever you wish, for my entire life!”: with this prayer he entered upon his mission.[7] The Curé devoted himself completely to his parish’s conversion, setting before all else the Christian education of the people in his care. Dear brother priests, let us ask the Lord Jesus for the grace to learn for ourselves something of the pastoral plan of Saint John Mary Vianney! The first thing we need to learn is the complete identification of the man with his ministry. In Jesus, person and mission tend to coincide: all Christ’s saving activity was, and is, an expression of his “filial consciousness” which from all eternity stands before the Father in an attitude of loving submission to his will. In a humble yet genuine way, every priest must aim for a similar identification. Certainly this is not to forget that the efficacy of the ministry is independent of the holiness of the minister; but neither can we overlook the extraordinary fruitfulness of the encounter between the ministry’s objective holiness and the subjective holiness of the minister. The Curé of Ars immediately set about this patient and humble task of harmonizing his life as a minister with the holiness of the ministry he had received, by deciding to “live”, physically, in his parish church: As his first biographer tells us: “Upon his arrival, he chose the church as his home. He entered the church before dawn and did not leave it until after the evening Angelus. There he was to be sought whenever needed”.

He was to be sought whenever needed should be a motto for all our priests, and for all parish churches, which should be open to all the faithful, so that Christ could be found and adored. Pray for vocations, for priests, for the harvest is becoming ever-more plentiful, and labourers, well…Deus providebit.