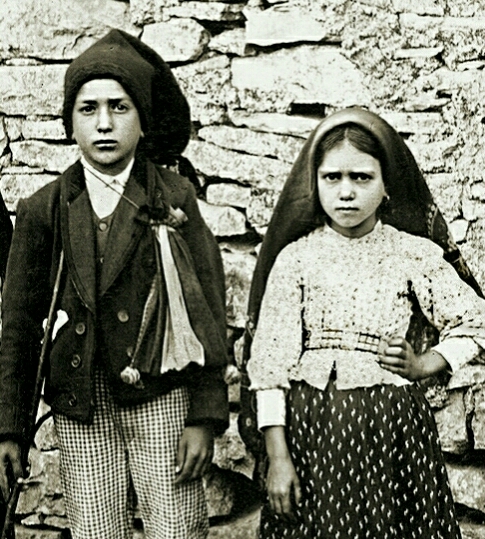 The revelations of Fatima – the 100th anniversary of which coincided with Canada’s 150th birthday two years ago, and take that for what you will – is a significant one in the minds of many, not least due to the effect of the apparitions on the momentous events of the 20th century, but also in connection with the purported prophecy of Pope Leo XIII, who as the century began, said the Devil would have a ‘100 year reign’, wherein God would allow the Evil One greater freedom to wreak havoc in the world, something that prompted him to write the prayer to Saint Michael, and have it said after every Mass (a pious custom that Pope Benedict asked we revive).  Of course, in the designs of God’s providence, the Almighty would bring, and has brought, greater good out of this evil, in ways that we will only fully understand at the end of time.

Then there are the ‘secrets’ of Fatima, revealed to the three children, and safeguarded by the one survivor, Sister Lucia, after Francesco and Jacinta died soon after the visions, as they themselves predicted, in the Spanish influenza in that fateful year 1918 which killed millions across the globe.  (Pope Francis canonized them in his own pilgrimage to Fatima in the centennial). In particular, the so-called ‘third secret’, a mystical vision made public by Cardinal Ratzinger in June of 2000, (this link to the Vatican summary is worth reading in full) has exercised the minds many – some saying that there are bits still to be revealed – with lurid visions of apocalyptic scenarios, disintegration within the Church, and horrors all around. Sister Lucia claimed, before her own death in 2005, that the secretes were no longer secrets, and that the consecration of Russia had been fulfilled. But, then, consecrations only ‘work’ if we live in accord with what is implied in the consecration (Baptism and scapulars are no absolute guarantee of heaven, and one can ‘eat and drink’ the Eucharist to one’s condemnation).

We as Catholics must always be cautious of private revelation, for they can offer nothing new to the faith, neither adding to nor subtracting from the body of public revelation, given to us by Christ, preserved by the Apostles, and handed on and explicated through their successors in the Magisterium.  The whole purpose of private revelation is to support and lead us to live more perfectly what God has already revealed in His Son. As the Catechism states:

Hence, strictly speaking, we need not believe all that was revealed at Fatima in order to be a ‘good Catholic’, nor how the children interpreted what they saw and what this implies in an eschatological sense  The only elements that bind us in the realm of faith are those things already revealed by Christ, as clarified by His Magisterium, such as Our Lady’s call for prayer and penance for the conversion of sinners and for peace in the world. As Cardinal Ratzinger put it, in the aforementioned commentary on Fatima:

Allow me to add here a personal recollection: in a conversation with me Sister Lucia said that it appeared ever more clearly to her that the purpose of all the apparitions was to help people to grow more and more in faith, hope and love – everything else was intended to lead to this.

Of course, the miracles and prophecies of Fatima, along with all the other private revelations throughout history, are very good helps and supports to our faith. Many were converted by witnessing the miracle of the Sun on that rain-drenched October 13th morning in 1917, and by the fulfillment of the predictions not only of the end of the ‘war to end all wars’ in the following year, but also the tragic beginning of another war in the late summer of 1939, when, as the children foresaw, a ‘bright light’ throughout the sky would presage an even worse conflict, if men did not amend their ways.

You have seen hell where the souls of poor sinners go. To save them, God wishes to establish in the world devotion to my Immaculate Heart. If what I say to you is done, many souls will be saved and there will be peace. The war is going to end; but if people do not cease offending God, a worse one will break out during the pontificate of Pius XI. When you see a night illumined by an unknown light, know that this is the great sign given you by God that he is about to punish the world for its crimes, by means of war, famine, and persecutions of the Church and of the Holy Father 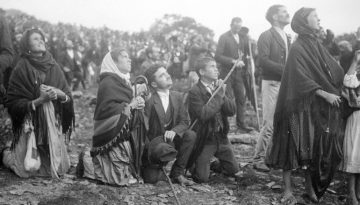 Tradition has called these various miracles, prophecies, even the very holiness of the saints and visionaries, motiva credibilitatis, motives of credibility, all those things which either lead someone into faith, or increase the faith of those who have it already (cf., CCC, #156).

There have been any number of appearances of Our Lady (along with other heavenly beings, from Christ Himself, to saints and angels) throughout history, some more ‘approved’ than others. Just the other day, the Holy Father has permitted pilgrimages to Medjugorje (there were restrictions under Pope Benedict) even if doubt still persists about at least some aspects of the visions. Whatever the veracity of the original appearances (they began on June 24, 1981), that the ongoing and predictable nature of Our Lady’s appearances ‘on cue’, along with the verbose and platitudinous nature of her locutions are quite unlike the more terse, direct and clear statements of her approved visions, might give the discerning recipient some degree of caution: As the Holy Father put it: I prefer the Madonna as Mother, our Mother, and not a woman who’s the head of an office, who every day sends a message at a certain hour. This is not the Mother of Jesus.

But the investigation of the Medjugorje visions continues – is ‘almost complete’ – and may withhold definitive judgement until then. What we can be assured of is that the three young children in that field in Portugal on those spring and summer days of 1917 really did see Our Lady, the young Virgin chosen by God to be the dwelling for His Incarnation, who now exists body and soul glorified in heaven.  For Our Lady of Fatima, along with Lourdes and Guadalupe, have been brought into the public liturgy of the Church, which gives them – along with a few others – Magisterial credence. Through these innocent visionaries we too have some indirect access to that celestial realm, which seems so far from this fractious vale of tears through which we now journey, but yet in reality so near.