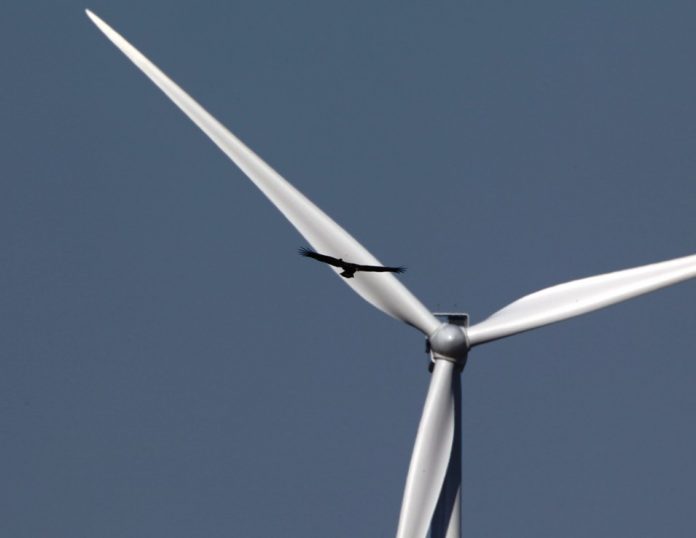 “Better to reign in Hell, than serve in Heaven.”

On June 7, Kathleen Wynne will be held accountable for the precipitous decline of Ontario since her Liberal Party took power under Dalton McGuinty in 2003.

How unpopular is Wynne? Crushingly so, admits the Toronto Star. Not just in the polls, but at the door, as people sound off to candidates about their dislike of her in the run-up to the coming election.

Some blame the sheer length of Liberal rule and all its scandals for her all-time low in the polls.

Others point to the staggering loss of major businesses across the province, directly attributable to the Liberals’ pantheistic Green Energy Act. Which, in turn, has driven energy costs into the stratosphere and taken Ontario from its historic role as the financial engine of Canada to the world’s most indebted sub-sovereign borrower, with per capita debt levels now twice that of California. And growing, as Ontario’s net debt increased by $22.8 billion in the past three years alone. In addition, the just-tabled budget calls for provincial debt to grow by another $52 billion, doubling the pace of debt accumulation and sticking taxpayers with the metastasizing interest charges.

Still others point to Wynne’s presiding over the failing Ontario Health system, the sale of Hydro One, the pandering to teachers’ unions and her latest lavish pre-election budget spending spree which promises free daycare, after having already instituted other costly measures including free tuition for some post-secondary students, pharmacare and the $14 minimum wage, set to rise to $15 if her government stays in power.

If this were a movie, we’d be watching Bedford Falls morph into Pottersville in It’s a Wonderful Life.

Most dangerous woman in Canada

Yet there’s an even deeper reason for Wynne’s huge unpopularity. It’s the reason Dr. Jordan Peterson calls her “the most dangerous woman in Canada”. In an interview with the Toronto Sun published last month, the University of Toronto clinical psychologist, now famous for his open challenge to gender-neutral pronoun-ism, called Wynne an “utter disaster,” a “no good” politician who evokes William Shakespeare’s line in Hamlet that “one may smile and smile and be a villain.”

And while many Ontarians are too polite or too politically correct to publicly agree with Peterson for fear of being criticized as “intolerant”, their real feelings about Wynne will be reflected in the June 7 vote – without their open admission that, while professing their indifference to Wynne’s sexual orientation as a lesbian “married” to another woman, they had not expected the transformative political agenda she brought with it to Queen’s Park.

Nor its consequent social engineering which has been transforming Ontario into an incoherent moral and financial mess, all gushing from the spigot of Wynne’s socialism and progressive liberal ideology. That seductive siren call that – while appealing to Ontarians’ natural altruism towards their neighbours – harms everything it touches, including this formerly prosperous province once fuelled by traditional Christian principles.

What is more, this process appears to have been deliberate. Beginning with then education minister Wynne’s radical sex-ed curriculum which McGuinty shelved in 2010 but Wynne revived in all of Ontario’s publicly funded schools in 2015, despite massive parental backlash. And despite the scandal surrounding former Liberal deputy education minister Benjamin Levin that same year. Which was when Levin was sentenced to three years in prison for making and possessing child pornography and for counseling to commit sexual assault.

Never mind that Levin was part of Wynne’s transition team after McGuinty’s resignation, raising questions about what influence Levin may have had as Ontario’s top education bureaucrat between 2004 and 2009 – precisely when the provincial sex-education agenda was being developed. Nor has the media been much interested in that other strange coincidence wherein the two provinces where Levin served as Deputy Education Minister (Ontario & Manitoba) have been the same provinces pushing controversial legislation involving a “radical sexual agenda, under the guise of anti-bullying.” Except for the vigilant Jack Fonseca, senior political strategist for Campaign Life Coalition, who posited a possible connection.

But that’s just a part of the implementation of Wynne’s ideology which tolerates no opt-outs for LGBTTIQ (lesbian, gay, bisexual, transgender, transsexual, two-spirited, intersex, queer and questioning) lessons and overrules all parental rights in favour of its inclusivity agenda.

Of course, this degree of moral upheaval is not achieved overnight. It takes time to mire these programs into the curriculum in such a way as to make it impossible to opt out. And since then, this agenda has been cutting ever deeper into the culture in the name of tolerance, respect and inclusivity.

The same rationale the Wynne government used to approve a motion to remove the words ‘mother’ and ‘father’ from all government forms to “reflect the diverse nature” of families in the province. “This motion isn’t about saying that using terms that indicate a gender such as mother or father are bad or offensive, just that they aren’t always a reflection of today’s Ontario families and more appropriate terminology ought to be used,” Liberal MPP Glenn Thibeault told the legislature in September 2015. “This is about being inclusive.”

“Let’s be clear,” Fonseca has stated. “The agenda of the Liberal government and of the liberal educational establishment that it funds, is the farthest thing from neutral.” The Wynne Liberals, he observed, “view parents as the problem – an obstacle to the ideological colonization they desire. Their agenda is to ‘liberate’ children from what they believe to be the sexually ‘repressive’ moral and religious beliefs of their parents. In other words, this is state propaganda. It is indoctrination.”

Last year, this ongoing indoctrination took yet another giant step with the passage of Bill 89, the radical totalitarian legislation allowing the government to take children from families who oppose the government’s gender ideology agenda, effectively banning couples who disagree with that agenda from fostering or adopting children.

Also known as the Supporting Children, Youth and Families Act, 2017, Bill 89 repeals and replaces the former Child and Family Services Act governing child protection services, adoption and foster care services and adds “gender identity” and “gender expression” as factors for consideration “in the best interests of the child.” It also negates the parents’ religious faith as a factor, mandating that child protection services consider only the child’s own “creed” or “religion” when assessing the best interests of the child.

“With the passage of Bill 89, we’ve entered an era of totalitarian power by the state, such as never witnessed before in Canada’s history,” said Fonseca, adding that the Liberal bill gives legal cover for government workers to discriminate against Christians who want to adopt or foster children.

But the Wynne Liberals weren’t done yet, as evidenced in their budget last spring which saw taxpayers footing the bill for RU-486, a pill administered to pregnant women to abort their babies.

A question. Does any of the above make you feel proud of how tolerant, enlightened and morally superior your province is? Or does all this make you feel deeply uneasy and leave you wondering how we got from there to here?

For Catholic readers raised in the traditional teachings of the Church, Ontario’s public square appears to have fallen into functional Paganism, which has been growing for decades while simultaneously coarsening the culture and decreasing civility.

I blame socialism and its pernicious assault on everything it touches. While parading itself as the hope of mankind and depending on the milk of human kindness — which curdles so easily — it denies God and insists that killing an unborn child is a “right” and that anyone who publicly disagrees can and must be persecuted and prosecuted.

In the name of fairness and equality — which has never existed in reality — socialism also pretends to be nothing more than a system for the redistribution of wealth. When, in truth, this ideology is nothing more – nor less — than a system of complete rebellion against the natural laws of God, as confirmed by its adoption of state-instituted secularism which, in the name of tolerating all faiths, targets Christianity in particular for elimination. Which is what’s been happening in Wynne’s Ontario where the nation’s cornerstone – Jesus Christ and His life-giving Gospel – is being supplanted by the mindless mantra of diversity, multiculturalism, socialized healthcare and sexual hedonism as the bedrocks of its assumed moral and cultural superiority.

Still, all this self-congratulatory boosterism seems to be wearing thin, which is what Wynne’s deep unpopularity is really about. Many Ontarians know something is deeply wrong. But they’ve been so indoctrinated by a multi-media culture relentlessly “normalizing” practices once denounced as “sinful” that they cannot identify this decadence for what it is. For too many, their ignorance, mis-education and state-dependent immaturity doesn’t allow them to see that their daily lives do not add up to a “life” as Christ intended.

So Ontarians shouldn’t be surprised that, in their morally relativist province, sensible prohibitions against cannabis use will soon give way to commercialization into just another lifestyle choice, as acceptable as sexual hook-ups, thereby increasing the province’s decadence exponentially. All this is perfectly logical, of course, in a culture which is utterly materialistic and relativistic and where there is no right and no wrong, just human impulses, preferences and appetites, subject only to the restrictions of social consensus.

This is Wynne’s world. And the economic news bears this out. The Fraser Institute can issue repeated warnings on how Ontario has been severely lagging behind the rest of the country for the last decade. And the Bank of Canada can tinker all it wants with the overall financial picture. But these financial “experts” cannot alter or undo the immutable natural law that will have its way regardless of what torturous methods are used to try to bypass it.

Ignore the natural law at your peril. As history has demonstrated ad nauseam, disaster eventually strikes when nations make their own hell on earth by publicly ignoring God and His immutable laws and supplanting them with their own. And the results are always the same: First the morals collapse, then the finances.

This is what so many unhappy Canadians are now sensing deep in their bones and in their souls. Despite the castigations of a dismissive premier and the usual bad advice coming from the media and its “more-knowledgable-than-thou” experts, they may also be sensing that no simple change of government will be enough to reverse the cumulative price for our province’s blithe and blind acceptance of the social, cultural and attitudinal changes of the past half century. For which the piper has long been demanding payment with the innocence of our children.

This is because a pendulum cannot be stopped halfway through its arc. Catholic historian Christopher Dawson foresaw all this in the 1940s when he described the pathology of progressive liberalism and the secular socialism that fuels its engine. “As liberalism did not create moral ideals, so too, it cannot preserve them,” he wrote. “It lives on the spiritual capital that it has inherited from Christian civilization, and as this is exhausted, something else will take its place. Once society is launched on the path of secularization, it cannot stop in the halfway house of liberalism. It must go on to the bitter end, whether that end be communism or some alternative type of totalitarian secularism.”

All things considered – at least in just-about-bankrupt Ontario – we may be just about there.