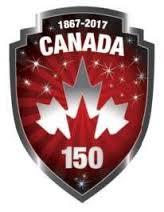 On this 150th birthday of Canada, it befits us as Canadians to stop and reflect upon the year that was, as the Dominion reaches ripe old hobbit age. Alas, unlike Bilbo and Frodo, Canada does not seem to be entering a greater state of senectitudinal maturity and wisdom after a more reckless youth. Quite the opposite, in fact. Of course, we should celebrate all that is good about this country, which adopted me as a young lad from  Scotland years ago.  The untamed natural beauty, the lakes, rivers and mountains. The clean fresh air and water, at least outside Toronto in July. We are more or less still free, able to move around and outside this nation, as we will, at least so far. There are glorious seas on either coast. People are generally friendly. We also have a ‘free’ health care and education system, a decent road network, and are able to heat our homes with firewood, at least in most places. The craft beer is good and strong, and the wineries getting better, especially as ‘global warming’ (no, I am not a believer in the anthropogenic variety) moves north.

But, and there is a big but on this significant birthday, here are the low points of the last year:

There was, of course, the recent legislation for ‘medical assistance in dying’, which permits physicians to put their patients to death, which is, less euphemistically, murder in the first degree, with full aforethought. But they will not be jailed, nor punished, but rather paid rather handsomely, and feted at social events. Lo, how quickly we re-enter the Nazi era. What is old is new again.

Of course, we continue in Canada to have no abortion law, so it is the wild west out there for the very young and, now, the very ill. Actually, no, for at least in the wild west, you could fight back.

There has also been this year a rapid rise in a very vocal and public transgenderism, a bizarre psychosexual condition, now becoming normalized. The United States just this morning officially allowed ‘transitioning’ members to serve openly in the military. The Muslims and the Communists must be laughing at what was once a great power.  Canada’s policy on this score seems to be anyone can serve, anytime, regardless of your LGBTQ status, or not, as the case may be. They may even start enlisting people who identify as hobbits (yes, it’s a theme).

The Supreme Court has also decreed that ‘Metis’ be given full status as ‘First Nations People’ (I think that is the currently politically correct term, aboriginals now passé). The amount of money this will cost is unforseeable, but in the many millions, for, like the ‘transgendered’, one is a Metis, apparently, by self-identifying as a Metis, just as one may be a man, a woman, or some vague indeterminate in-between by simply saying one is such.  I suppose the courts have discovered a new latent metaphysical power in language.

Of course, I say this will cost, since there are many benefits accruing from getting ‘status’, not paying income tax, for one, and free university tuition, another.  We just put a whole lot more people into that category…

And, on this note, Canada’s federal and provincial debt continues to grow like the early moments of the Big Bang. As one article this morning put it, using words I and others have used, we are living high on the hog at the expense of our grandchildren, with public servants helping themselves handsomely before the trough runs dry, and our leaders spending like there’s no tomorrow (one does wonder sometimes). Someone will have to face the music, sometime. If one would like an idea what it looks like when a socialist nation finally defaults, which may be any one of Canada’s next birthdays, take a gander at Venezuela and Brazil, where they are at the point of not being able to pay the police officers. At that point, the crapola really hits the fanola.  As one member of the constabulary greeted tourists arriving in Rio, ‘Welcome to hell’.  Should be a fun Olympics.

I know not whither Canada is headed ultimately, nor whether we can turn this 10 million square kilometre (or 3.5 million square miles in the good old pre-Trudeau Sr. days) ship around. Not likely, given that in 2015-16 we also elected two Liberal governments, Wynne and Trudeau, along with a leftist NDP government in Alberta, of all places. The only two verbs they seem to know are tax and spend. Oh, and legislate, when the notion takes them.

They also want to legalize marijuana. Perhaps they can get the whole populace stoned by lacing the water supply, so we won’t notice when the good ship Canada flounders. Like big red-and-white Titanic, we can all hold hands and sing O Canada, now with its shiny new and inclusive lyrics (which are not really new, but closer to the original). I have no real problem with the word change, ‘in all thy sons command’, to ‘in all of us command’, but rather with the reason and the way they were changed, with the pathos of that poor MP’s final stages of amyotrophic lateral sceloris as a backdrop.

To be really inclusive, we should all just sing the French version, which is much more Catholic, and much more politically incorrect (the two seem to go together now, don’t they?).

So happy birthday, Canada, and to all Canadians. I will stand on guard for thee, but for the true and the good Canada.  To paraphrase John Paul II, ‘Canada, become what you are’, which is really what you are meant to be.