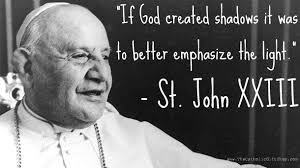 I trust all the Canadians out there had a very joyous and blessed Thanksgiving.  Our hearts go out to those affected by the torrential rains out east, and the snows out west.  Mother Nature, from our point of view, seems capricious, but as I mentioned in previously, all things are in the hands of God.

And speaking of caprice, I am not exactly sure what this means, but today is the international ‘Day of the Girl’, with Sophie Trudeau for some reason officially opening the Toronto Stock Exchange this morning. I suppose her symbolic gesture is meant to get ‘girls’ to go into stock trading, a predominantly male field.

I suppose ‘Girl’ means ‘Women’, in an analogous way that ‘Boy’ sometimes means ‘Men’, as in ‘The Boys are Back in Town’. There may be a bit more pejorative sense in calling a man a ‘boy’, as one of my students once declared to me, ‘you are such a boy’, as I was doing something she thought silly, like banging out a drum beat on pots and pans, but this was a long time ago, when I was closer to boyhood, at least biologically.

This day is meant to ’empower’ women, I suppose, again a vague phrase, loosely and badly interpreted.  Case in point:  Is Kelly Clarkson, who puts herself forward as a crooner of sorts, a symbol of ‘girl empowerment’, recently demanded of her, ahem, ‘husband’ that he get a vasectomy prior to the birth of their second child. I wonder how long that coupling will last, as Mr. Clarkson, otherwise known as Brandon Blackstock, submits to being made a eunuch at the behest of his much-richer and more-prominent wife.  Here is the confession of Ms. Clarkson, on the Jenny McCarthy Show, of which I had never heard, and hope never to again:

I was literally pregnant with Remi, and I was like, ‘You are getting fixed. This will never happen to me again,’” Clarkson, 34, said. “If something happens, it’s a miracle of God. I literally told my OBGYN on the table while open, ‘If I get pregnant again, I will find you!’

I know not how big their mansion may be, but, really, how difficult would it be for Kelly to ‘find’ her recently ‘fixed’ Brandon and, what, pray tell, would she do when she did so?

Alas, it is the Age of Woman, and Woman Lost at that.  The only way that Man and Woman can find who they are is in the context of the family, rightly defined, which means defined by the revelation safeguarded by the Catholic Church, which has condemned such voluntary and contraceptive sterilization in no uncertain terms.

But do ‘men’ , even of the secular, agnostic and hedonistic variety, really need such Christian revelation to figure out that having someone take away their virility, their capacity to produce children, forever afterward shooting blanks in whatever conjugal life in which they may subsequently engage, is a bad idea?

Then again, the Church declares that for even such ‘obvious’ mysteries of salvation, we need revelation, for we are ignorant, slow of mind, blinded by our passions and our sins, easily rationalize idiocy and evil, so that all men may know what they need to be human, and to be saved, ‘with ease, firm certainty and no admixture of error‘.  This phrase is found in Saint Thomas, and is repeated in the First Vatican Council, in Pius XII’s encyclical Humani Generis and in the Catechism. Just in case you thought being treated like a randy pet dog is fitting for a husband.

And speaking of Revelation, today is the feast of Pope Saint John XXIII, who opened the Second Vatican Council on October 11, in 1962. The good Pope, so filled with good intentions, hopes and Christian optimism (literally, that all things work out for the best, which is ultimately true), died in June of 1963, before any of the documents of the Council were promulgated.  But he is celebrated on this Conciliar commemoration, for his boldness, some might say his foolhardiness (in the Christian sense) for opening the floodgates of the Second Vatican Council. But such floodgates had to be opened, one may opine.

I am teaching a course on the Council at present, and it behooves us as Catholics to read what the Council actually said, rather than what others said the Council said or, even worse, what the Council should have said, but did not, or what the Fathers might have meant by what they said, and so on down the rabbit hole of the ‘Spirit of Vatican II’.

In a Christmas address in 2005, then-Pope Benedict XVI warned against such a ‘hermeneutic of rupture’ in interpreting the Council, a false interpretation which has wreaked such havoc and mayhem. Rather, we must read and apply the Council with the ‘hermeneutic of continuity’, in light of all the other twenty Councils and the vast body of teachings of the Church. That is, in light of the truth, as contained in the words themselves.

What Vatican II declared in its sixteen documents is all orthodox and timely, and still waiting to be put fully into effect.  So say a little prayer to good Pope John today, that such apostles, lay, ordained and consecrated, may rise up (as the Council itself calls for), to bear the fruit of the Council as befits Catholics, and bring many souls to Christ, here and in eternity.