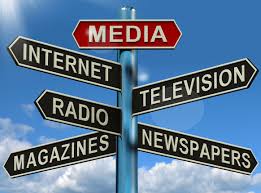 The mercantile nature of journalism has finally come full circle, as the newspapers (well, given that many publish in other media, we should call them ‘news sources’) are now begging for public subsidies.  As they face the imminent prospect of bankruptcy and financial ruin, they want to be funded, like nearly everyone else, by that mythical beast called ‘government’, which means, of course, you and me.  So no longer will we be able to choose what news sources we pay, and do not pay, for, we will have to pay for them all. Except now the financial sky is the limit, as all those busy newshounds get a taste of the gravy train of government salaries, benefits and pension plans.

We Canadians already pay for the publicly-funded CBC, which receives close to a billion dollars annually in federal funding, with a large chunk of that going to produce such mind-numbing drivel as ‘Little Mosque on the Prarie‘, and dramas too dreary for anyone non-comatose to watch.  I must confess I enjoy some of their podcasts, Under the Influence in particular, but I could get that, or something similar, for a lot less than a billion.

The CBC news is biased in a way that is often hard to pin down and localize, but it is all around one’s ears and brain like a fog, mostly in what the various announcers imply with innuendo and tone of voice, and what they do not, and never will, say.  Some controversial terms, such as ‘unborn baby’, ‘sin’, and ‘evil’, ‘marriage covenant’, ‘vows’, ‘sacrament’, ‘pro-life’ are pretty much verboten, except perhaps on specialty programs, where they are largely dismissed. Many things that are in fact sins and societal evils are spoken of only in the most glowing of terms, with the impression that anyone who disagrees is a laughable and pitiable philistine and bigot. They rarely have any good to say about the Catholic Church, nor of Christianity in general, unless of the most modernist, watered-down and pablum-esque variety. Their focus on ‘Indian and Native affairs’  and ‘climate change’ borders on the obsessive. Any random callers who dare raise any rational and critical questions are quickly shut down, often by announcers of the female persuasion, who guard their politically-correct radio lairs with a quiet and restrained antiseptic rigour.

One need not be surprised, since the CBC, fully and lavishly funded by the aforementioned government, sings the government tune, almost invariably in the Liberal key.

Yet, now we want to fund all the rest of our media sources, so they too are domesticated into barking lap-dogs of the Liberal party? Will this include local papers and, ahem, those who pen critical but one hopes insightful articles on the web?

The absurdity of it all almost makes one weep, cry or laugh. Socialism, a pernicious doctrine in which almost every Canadian is mired, may be defined in one way as that state of affairs wherein the government apportions to itself property which should properly be private and in the control of free citizens.  By ‘property’ we mean not just land, but, as Pope John Paul II put it in his brilliant Centesimus Annus, ‘technology, know-how and skill’.

The State should in fact have little direct control over property, including all the technology and skill of media. While we are with the great JP II, he describes the actual purpose of government in rather limited terms:

(a market economy) presupposes sure guarantees of individual freedom and private property, as well as a stable currency and efficient public services. Hence the principal task of the State is to guarantee this security, so that those who work and produce can enjoy the fruits of their labors and thus feel encouraged to work efficiently and honestly.

We might smile at mention of those quaint notions of a ‘stable currency’ as our loonie wobbles and weaves, consistently declining in value, year by inevitable year.  And ‘efficiency’ is not a phrase that would enter the mind of someone in a (publicly funded) hospital waiting room, nor, for that matter, of any government office or service. Our government does not do what it is meant to do, and meddles in what it should not.

Part of the purpose of a free and independent media, far more evident in the vibrant, if sometimes excessive, talk-radio of the United States than in staid-old-vanillla-statist Canada, is to hold our political leaders, public servants and other ‘elites’ to account, to keep the government in check and focused on its own job rather than someone else’s, so that what our vaunted leaders do not do out of interior virtue, they may at least be coerced to do out of public opinion and that panic-inducing talisman of all public figures, ‘media backlash’, the metaphorical flaying in the public square for all to see, usually now reserved only for the politically incorrect.

But there will be no back-lash, nor any back-bone, in a media that receives its paycheques and operating expenses from the government, besides the fact that the whole rickety and ever-more expensive edifice is simply unaffordable. He who pays the bills calls the shots, and an obsequious media will do and report as told, even more than they already do, as we all drift along with nary a backwards glance towards a Pravda-esque universe, replete with doublespeak and castrated thought.

Fine, if you want it, and build your own little safe-space enclave.  But, please, pay for it yourself.