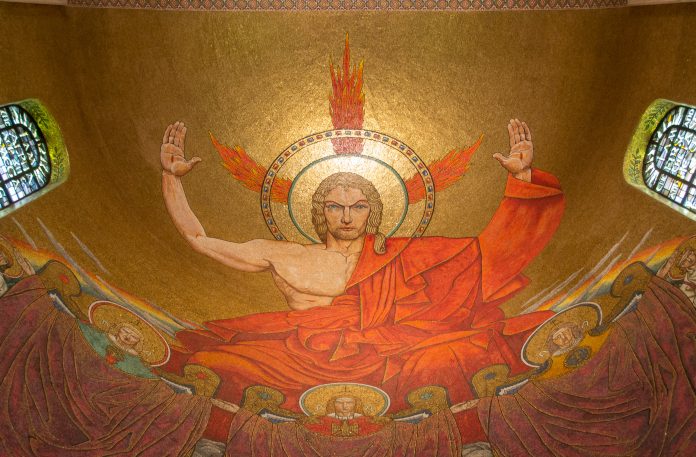 Say what you like about the early Methodists, but they could write some melodious hymns, and one of the greatest and most prolific is Charles Wesley (+1788), credited with some 6500 hymns to his name (!!). Yes, I know some of texts may be rather Protestant for our Catholic tastes – and we should re-appropriate our treasury of great Catholic and Latin hymns (more on that soon) – but we could always write new words, if need be.

Anon, one of the great Advent hymns is Lo, He Comes With Clouds Descending, looking forward to Christ’s Second Coming, to which our attention is turned in the first part of Advent, as we mentioned in a previous post. This may be sung to various tunes, but the best – and Queen Victoria’s favorite, the only one she allowed in chapel – is Helmsley, which can be belted out in a harmonic choir, or with all the stops open on the organ.

Here is the Lichfield Cathedral choir, with a fitting version:

And for a more acoustic mediaeval-carnival version, here is Maddy Prior and the aptly-named Carnival Band: