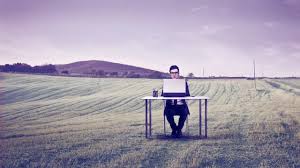 We recently held a faculty retreat at Our Lady Seat of Wisdom, whose theme was ‘Play’.  A curious focus, one might think, for serious-minded professors about to begin an academic year of rigorous learning (or so we like to think).  But in fact, the conversation was rather eye-opening, as we pondered the distinction between ‘work’ and ‘play’.

I personally consider the strict comparmentalization of work and play somewhat false, a fruit, in part, of Reformational philosophy, particularly of certain early varieties of Calvinism, where it was all work and no play, making Jean a dull boy.  And the ‘work’ had to be duty-bound, practical and useful to give glory to God.  Under the pious exhortations of Jean Cauvin and his fellow Calvinists, various instruments of ‘playing’ were thrown onto huge bonfires of the vanities:  decks of cards, dice and other ‘games’ being primary targets of such devilish dissipation.

Not so in Catholicism, which always hearkens back in its moral teaching to the joyful time before sin, in the prelapsarian paradise, offering us a glimpse of who Man was, is and is meant to be again (even more gloriously in heaven).  Saint John Paul II does this in his teaching of marriage in his Theology of the Body discourses, and he does it also for the nature of human work in his 1981 encyclical Laborem Exercens.  When I first read the document, I found it curious that he defined work as ‘any activity of man’:  Work is simply Man acting as he is meant to, whatever he may do.  Our whole life is therefore a work, from the time we arise, to the time we rest, and even our sleep itself.

We have for various reasons now limited the definition of work to what John Paul terms its objective or transitive aspect, producing or making things people can use, whether material or intellectual.  Very good in itself, but as the great Pope, who experienced many forms of work in his variegated life, goes on to clarify, the primary purpose of work is its subjective aspect, whose purpose is to perfect the worker himself.  Ideally, our work should be such that it makes us more virtuous and fulfilled, according to our own specific gifts and talents. And when we are fulfilled, we are joyous, for what is joy but a fulfillment of one’s nature and desires?

In this broad definition of work, there is no strict delineation between ‘work’ and ‘play’; rather, they should flow seamlessly together, as one continuous process of perfecting who we are in whatever vocation and activity to which we are called in life and in the moment.  This was the case for Adam and Eve in the Garden.  Life, work, play, romance, conversation, eating, walking, praying, all flowed into one harmony of life.

We see a glimpse of this in religious and monastic life (well, with a bit less of the romance, except in the spiritual sense), for they minimize their needs, and therefore they need not work for money, and their labour is therefore less ‘servile’. Not so the husband and father of five, who must put bread on the table, even in tasks he may not find all that personally fulfilling.

Yes, alas, in the era of sin (that is, after the Fall), work is not what it is meant to be, as prophesied to Adam by God Himself:

In the sweat of your face you shall eat bread till you return to the ground, for out of it you were taken

Sin, in ourselves and in others, is what makes work onerous and unpleasant, servile, or even slave-like.  Most people on this planet labour in such conditions, some in far worse than others.  We labour and sweat, cursing the very ‘ground’ which resists our attempts to make it ‘bear fruit’ (which applies not only to farming, but to any productive work).  Much of this work is not all that directly perfective of the person, but rather back-breaking, repetitive, monotonous, all done for the meagre paycheque, which barely makes ends meet.

Thus, when workers in such conditions get to ‘play’, there is a tendency to go hog-wild, dissipating themselves in devil-may-care alcohol-fueled weekend carousing, or in lounging on the couch watching sports and playing World of Warcraft.  In another encyclical, Dies Domini, Pope John Paul warns against such hedonistic and secular ‘weekend-ism’, with no consideration of the Sunday Sabbath, which should be the pinnacle of our week.  Our recreation (our play) should truly be re-creational, to renew us and make us stronger to work for the kingdom.

So, in the end, Calvin was to some extent correct to focus on the drudgery of work, with his theological principles brought to their zenith in the brilliant, but ultimately destructive, philosophy of Immanuel Kant, who, in his dense, nigh-unreadable tomes, taught that it is only duty that counts, pleasure be damned.  But both Calvin and Kant, in their blinkered vision, mistook work under the reign of sin for what should be the case without sin.

Rather than wallow in such burdensome, grey, fatalistic doom, therefore, we must rather strive to make our work and our play as harmonious and enjoyable as we can, to make our work somewhat ‘playful’, even if we do not always feel such to be the case.  John Paul II states that even if what we do does not seem directly to perfect us, and here we may think of all the innumerable multitude stuck in servile wage-slavery, who may even ‘hate their jobs’, such workers can at the very least offer up what is lacking in their work, even rejoicing in their drudgery, by uniting their suffering with that of the Saviour, who plied an ordinary trade of carpenter.  There is no work out there that cannot be redemptive.

Even for the unemployed, a phenomenon that Popes John Paul and Francis have described as a ‘scourge’ (which as things now stand will only get worse with off-sourcing and especially automation) there are always activities by which one can be perfected: reading, courses to perfect skills and talents, and, not least, prayer.  For it is in the praise and love of God, particularly in the liturgy, the ‘opus Dei’, that the very work of God is carried out, the most important, most fulfilling, and hopefully most enjoyable, work.

I will have more to say on this theme, which is of the essence in this moment in our history, but hopefully these few thoughts help on this secular Labour Day holiday, which points, however dimly, to the great goodness, dignity and perfection of human labour.