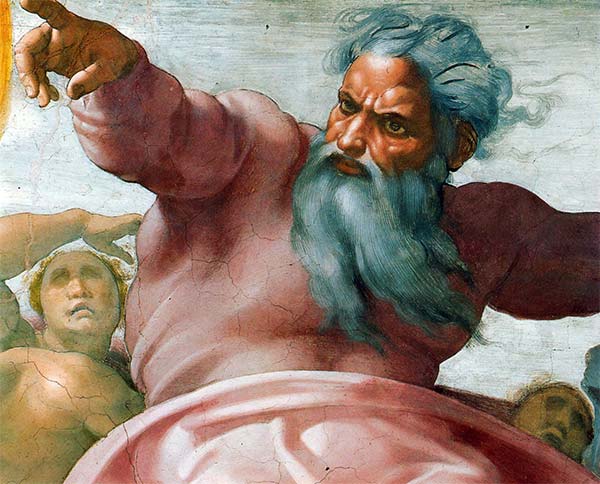 In my last article which I wrote for Catholic Insight, I noted the significance of Saint Joseph’s title of Virginal Father and its merits over the title of Foster Father.[1] In this article, I would like to note and explain the importance of a still more excellent title to describe the paternity or fatherhood of good Saint Joseph. This title is that of Spiritual Father.[2] How is it that this title of Spiritual Father is a more accurate and sublime way of describing the paternity of Saint Joseph? When one looks at Saint Paul’s Letter to the Ephesians, one can see why this is the case.

Ephesians 3:14-15 reads “[f]or this reason I bend my knees to the Father, from whom all paternity in heaven and on earth is named.”[3] What Saint Paul is telling us in this quote is that all created paternity — both the natural paternity of the physical father and the supernatural paternity of spiritual fathers, namely, of our priests, bishops, and the Pope — are all a share or participation in the uncreated Paternity of God the Father.[4] Further, since God the Father does not have a body but is rather Pure Spirit,[5] this means that the Eternal Father generates His Only-Begotten Son and mankind in a spiritual way, exclusively through the use of His intellect and His will.[6] Since the Paternity of God the Father is the cause for the existence of created paternity, and since Saint Thomas Aquinas notes that “the perfect assimilation of an effect to a cause is accomplished when the effect imitates the cause according to that whereby the cause produces the effect,”[7] and since God is purely a spiritual father who thus produces all things by His intellect and by His will, it follows that the more a created manifestation of fatherhood resembles the ideal of Paternity, the more spiritual that fatherhood will be. This is true of the paternity of Saint Joseph above all other fatherhood;[8] for Saint Joseph fathered Christ by his intellect and by his will by choosing to love, care for, raise, and educate his Son, though he did it while preserving his virginity.[9]

Further, virginity is also an entrance, gateway or disposition to spiritual fatherhood. The Venerable Archbishop Fulton John Sheen makes the following observation about the paternity of a bishop when he himself was part of the College of bishops in his Autobiography:

The supreme joy of being a successor of the Apostles [that is, a bishop] is the power to ordain or beget other priests. Physical generation is denied us by virtue of celibacy, but to lay hands on young men and to anoint their own hands with the power to forgive sins and to offer the Body and Blood of Christ is a spiritual begetting of the celestial order.[10]

In observing that a bishop or “a successor of the Apostles” possesses “the power to ordain or beget other priests,” by virtue of the use of the word “beget” Sheen is ascribing a father’s power of being the first cause or principle of something in his children, since on a natural level it is proper to the father to be the first principle or cause of the life of his children either by providing the matter for the child’s body in the generative act or by helping the child to grow into adulthood.[11] For being the first efficient cause or principle of the child is what Aristotle notes belongs to the very essence of paternity, when he writes that an example of “the primary source of the change or coming to rest” — namely, an agent or efficient cause — is “the father [who] is [the] cause of the child.”[12] When Sheen writes that this fatherly power of the bishop to make men become priests — or begetting priests — “is a spiritual begetting of the celestial order,” since he calls this “spiritual begetting” or in other words this spiritual fatherly power of the bishop a type of begetting that belongs to the “celestial order” — and since “celestial” comes from the Latin word caelum which means “heaven” — this means that the power and fatherhood of the bishop belongs to the “paternity in heaven” that Ephesians 3:14-15 speaks about; while on the other hand the earthly or physical fatherhood of natural or earthly fathers belongs to the paternity which exists “on earth” spoken of by Saint Paul in the same passage from his letter to the Ephesians. Lastly, since Sheen indicates that “[p]hysical generation is denied us [namely, the bishops] by virtue of celibacy,” he is indicating that the celibacy, virginity, or virginal fatherhood of all priests, bishops, and the Holy Father which denies them the power of natural fatherhood — namely, it denies them of the earthly power of “physical generation” — is merely and entrance, gateway or disposition to the celestial or spiritual fatherhood of the clergy; in other words, virginal fatherhood is ordered to something higher than itself, which is the spiritual side of fatherhood, because it is what allows fatherhood to become more spiritual and less earthly and physical. Thus, the greater title for Saint Joseph is that of spiritual father rather than virginial father, for the precise reason that — like all priests, bishops, and popes — Joseph’s perpetual virginity enabled him to beget Christ by his intellect and by his will in a more spiritual way than if he were to be a natural or earthly father — just as God the Father begets God the Son by His Intellect and all of humanity by His Intellect and by His Will. Thus, this means that Saint Joseph embodies paternity in a greater way than any other fatherhood, because Joseph’s fatherhood is the most like God the Father in respect to His fatherhood as to its spirituality, and not as to its virginity.

Thus, let all Catholics feel free to acknowledge Joseph as Our Spiritual Father with as much assurance of the reality of his fatherhood as they would acknowledge for any other real father for the very reason that Joseph’s paternity resembles most the Paternity of the Almighty and Eternal God Our Father; for since God’s Fatherhood is the most real precisely because it is the most spiritual, it follows that Saint Joseph’s fatherhood is the most real because it is the most perfect reflection or image of God the Father Himself; for Saint Joseph is a real father, for the precise reason that he is a spiritual father. For this reason, there is no wonder that Father Joseph[13] blessed the world with the Christ Child during the Miracle of the Sun at Fatima.[14] So let all Catholics acknowledge the greatness of Saint Joseph’s Spiritual Fatherhood as the most perfect Image of God the Father, so that the entire world will experience that Reign of Peace Promised at Fatima when Jesus Christ the Eternal High Priest and Joseph Our Spiritual Father initiate the Triumph of the Immaculate Heart of Mary with their simultaneous priestly blessing.[15]

[4] Emeritus Pope Benedict XVI, address at the Basilica of Marie, Reine des Apôtres in the Mvolyé neighborhood — Yaoundé, Cameroon, March 18, 2009, in Scott Hahn, Joy to the World: How Christ’s Coming Changed Everything (and Still Does) (New York: Image, 2014), 81.

[15] Taylor R. Marshall, Infiltration: The Plot to Destroy the Church from Within (Manchester: Crisis Publications, 2019), 69, emphasis added: Marshall makes the observation that Joseph’s blessing of the world with the Christ Child indicates that Saint Joseph quite incredibly has a priestly power of blessing, writing that “Saint Joseph and the Child Jesus seemed to bless the world, for they traced the Sign of the Cross with their hands. This is remarkable because it reveals Saint Joseph as having a priestly power of blessing, along with our High Priest, Jesus Christ.”