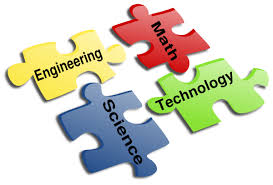 A recent article, sponsored by none other than the Royal Bank of Canada, had a list of the top ten ‘most valuable’ university degrees ranked, as is the wont of a bank I suppose, by how much you could make upon graduation.  Happiness, fulfilment, joy, the breadth and length of knowledge, all be damned, just show me the money!

Of the ten, five were in engineering, two in accounting and finance, and one in business (the others were geosciences, and mathematics, the only remotely philosophical science amongst them).  So, if I may simplify, the way to make money is to build and maintain machines, or help hide the money of rich people so they can hoard all the more.  Then, as said graduate makes his own whackload of money doing this, he can give it all back to the Royal Bank, to bury himself in a usurious mortgage for an over-priced house in the suburbs. Hmm.

Speaking of money, I don’t think you could pay me enough of it to do any one of those jobs (well, maybe geosciences or math), although that may be just me.  But this does pertain to my recent musings, indeed my entire life, on the nature of education, what it means and how one should pursue this most noble of endeavours. I would hope that, in the midst of learning how to fix and program computers, or move money around, such a student also learns a few things that broaden the mind, elevate his thoughts, contribute to society, how to engage in sparkling and deep conversation, to raise children well, offering him the intellectual and spiritual foundation to live as a full and complete human being, immersed in the greatest that has been thought and written.

But I have little hope.  I don’t think there is much room for elective courses in the jam-packed laser-focus of an engineering degree.  We are sadly producing a whole generation of near-automatons, educated to vote Liberal, immersed in all the supposed ‘values’ that ‘Canadians hold dear’, who build robots which will soon inundate the labour force, leaving the idle unemployed to their ever-better computers on which to whittle away their hours playing ever-more-real first-person video games, watching ever-less-real films, made by ever-more-stultified-and-brainless production studios.  We are so far down the rabbit hole of Plato’s allegorical cave that I don’t know if we know the way out anymore.  The philosophers who can help us are few and far between, and getting more rare.

So, back to ‘valuable’ degrees: The real question is, what is it that one values? And how do we learn what we should value? Where should our treasure be, for where that is, there is your heart also? For where your heart is, that, dear student, is where you are.