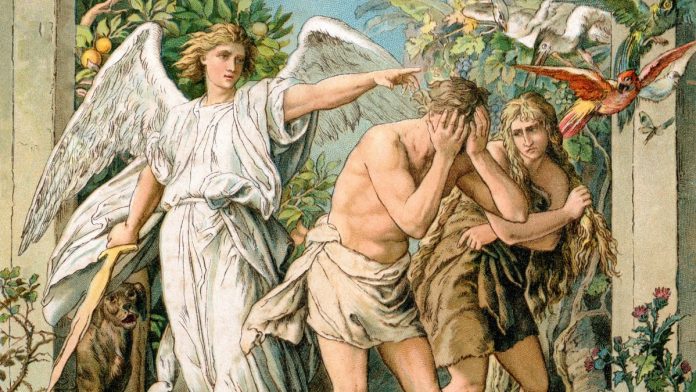 Our whole human condition is enlightened by understanding the addictive process that leads to impurity. In a sense, all sin is a form of idolatry of the false god of self, but solitary acts of impurity are more obvious and intense forms of turning inward, away from God.

Original sin is not an abstract doctrine, but one of the deepest truths about
our human nature. The Catechism states that “ignorance of that fact that man has a wounded nature inclined to evil gives rise to serious errors in the areas of education, politics, social action and morals.” Our own personal history, from infancy to adulthood, is also the history of original sin in each one of us as individuals.

The truth of original sin reminds us that life is painful in a fallen world. All forms of pain — physical, psychological and spiritual — are inescapable realities for each one of us. In a sense, our response to pain determines the depth of our addiction and the degree of our self-idolatry.

Let us take the example of a person who suffers some form of neglect, abuse or abandonment in childhood. A child in pain will naturally run to his parents. But if the primary caregivers are the source of the pain, the child will feel trapped, lost,
helpless, and abandoned — utterly unable to cope with the pain. The child will turn inward. This is not a conscious choice. It is part of the mystery of original sin and our
wounded nature. We turn inward rather than turning to God.

This turning inward does not lead to a safe refuge and union with God in the depths of one’s soul. It is a turning inward that corresponds to a split in the psyche. We can understand this process by taking a more particular example of a child who is sexually abused. Many survivors of such abuse report to dissocciating from themselves during the abuse and subsequently repressing all memory of it. For a time, it is a successful coping strategy and survival mechanism. But it results in the creation of a false self, or what St. Paul calls the “old self” (palaios anthropos). Of course the false self is the result of original sin, but its particular characteristics are usually formed from early childhood experiences.

This pain is in essence a void in the heart that was meant to be filled with love — from God and others. For any human being, the emptiness within, whether we realize consciously or not, is an unbearable agony. Nature abhors a vaccuum, so if it is not overflowing with love, the unconscious instinct of the suffering person is to fill it with something — anything is better than nothing. So we cram it with self-will, pride, anger, fear, lust or any other addiction. Since we do not really know God, unconsciously we become our own god, trying in vain to save ourselves.

From the White Book from Sexaholics Anonymous, we read: “Most difficult for us to see was that being obsessed with self meant we had become the Source of our own lives — our own god. We were the most important person in our world. Thus, we had to connect with ourselves; we became addicted to ourselves. No wonder so many of us found masturbation to be infinitely more than childhood experimentation. It got us high on ourselves, short-circuiting any meaningful connection with others and God.” The book also speaks of the human “drive” to have union with another: “We used sex or lust or relationships to satisfy this drive, letting them take the place of God as source of our lives. Idolatry.”

Our secular culture, with its billion dollar pornography industry, is not only an addictive and idolatrous culture but a re-paganized culture, similar in its mores to ancient Corinth where St. Paul preached the Gospel. In the Ignatius Study Bible notes for 1 Corinthians, we read that “cultic prostitution was an institutionalized form of unchastity that was performed in idol temples in service to the gods . . . idolatry officially sanctioned sexual immorality in the name of religion, and its liturgy became the context for surrendering the soul to the gods and the body to sexual impurity.” Our idolatry is somewhat more self-centered. Yes, prostitution is still part of our sexualixed culture. But pornography and masturbation, these private, hidden sexual sins, are perhaps more common than ever before. We do not need to worship at a pagan temple. The temple in which we commit idolatry is our own self, our own body.

What is the solution offered by St. Paul? He urges his readers to flee from sexual immorality and flee from idolatry. Those who belong to Christ are one body with Him. They must glorify God in their bodies, and not make the members of Christ the members of a prostitute. They cannot drink the cup of the Lord and the cup of demons at the same time.

However, Paul also wrote to the Corinthians,”When I came to you, brethren . . . I decided to know nothing among you except Jesus Christ, and him crucified.” Jesus Christ crucified teaches us the value and meaning of pain. It is not an unmitigated evil to be avoided at all costs. That is the lie of addiction. At its deepest level, pain is our need for God. We cannot know our desperate longing for God, and the corresponding depths of His love, if we do not first enter into the reality of our suffering. The only way out of pain is to go back into it and turn to God — what we should have done as children but is almost impossible without an extraordinary grace of God. Like the psalmist of De Profundis, out of the depths of our pain and emptiness we must cry out to God, who sends the sweet anointing of the Holy Spirit to heal and fill our hearts with His love.

Even in this life, a great reward awaits those who patiently endure suffering in union with Christ. In Salvifici Doloris, John Paul II writes, “In suffering there is concealed a particular power that draws a person interiorly close to Christ, a special grace . . . the individual discovers the salvific meaning of suffering . . . (and) . . . becomes a completely new person.”

Underneath all sins of impurity and every form of addiction lies the reality of pain. Inspired by Jesus Christ crucified, who came to heal the wound of original sin, may each be given courage to enter into suffering and be transformed into a new person, formed anew in the image of our Creator.